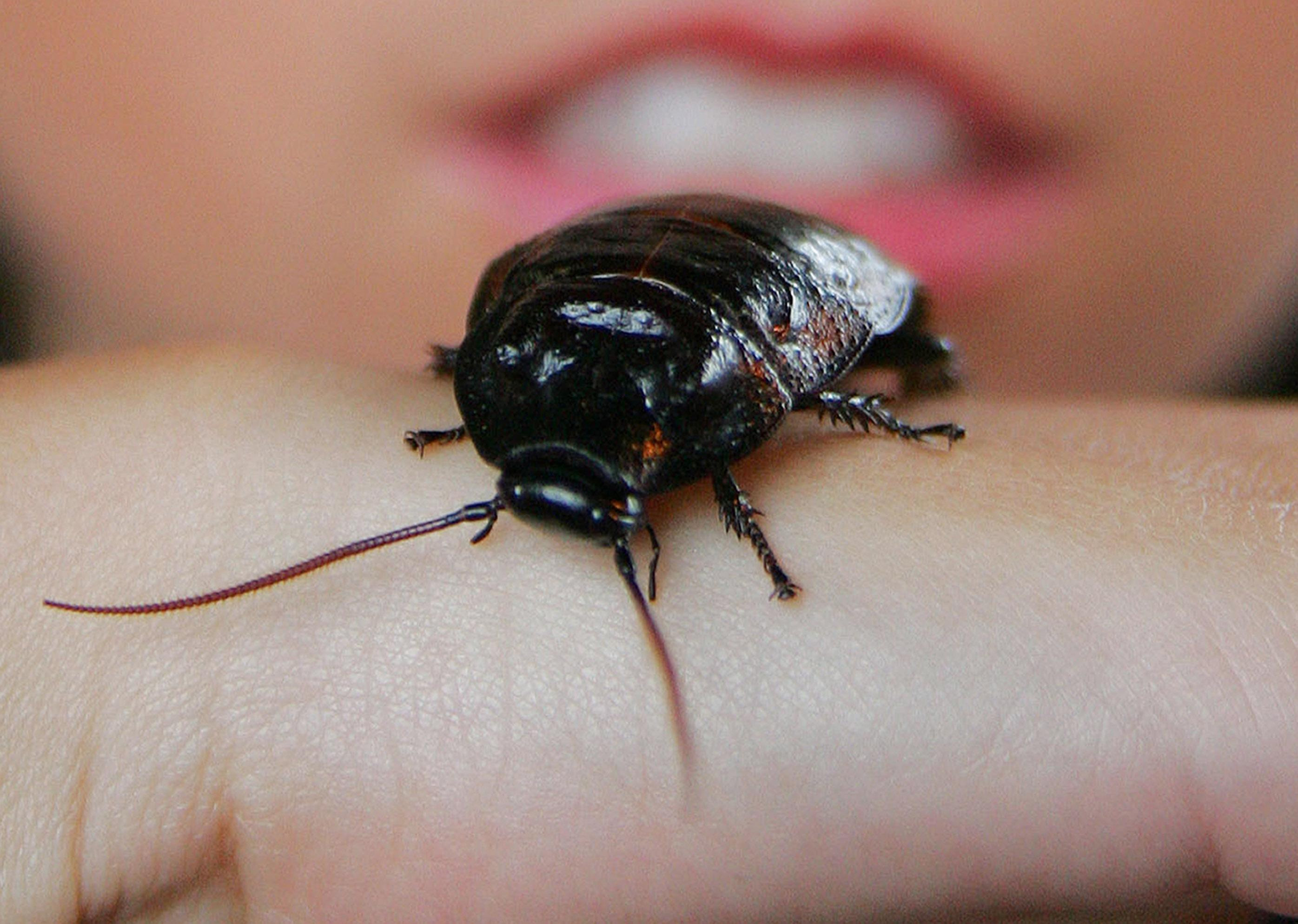 For the past three years, a Florida man named Blake Collins has been struggling with a roach infestation in his apartment, the Tallahassee Democrat reports. Sure, roaches are gross, but these things happen, and Collins just complained to his landlord and went on with his life, trying to ignore the nuisance.

Some weaker souls would have called an exterminator themselves once the roaches started spilling out of light fixtures and swarming to eat exposed food, but apparently, that didn’t phase Collins. Others might have opted to move once the roaches started crawling across the bed at night. Not Collins, though. He and his husband just plucked the pests off each other and continued to snooze. But as brave as Collins might be, as able as he may have been to coexist with a sea of ancient, skittering insects, he had to draw the line somewhere—and that line, apparently, was when one intrepid roach decided to infest his ear canal.

Last week while Collins was sleeping, a cockroach wandered into his ear and got itself thoroughly stuck. He awoke at 5 AM to a very strange feeling inside his head and, yes, an even stranger sound.

“I could hear his legs inside me,” he told the Democrat. “It felt like someone was shoving a Q-tip all the way inside my head and there was nothing I could do to stop it.”

He quickly bolted to the hospital, the scraping of countless tiny legs echoing inside his head, and explained the entire gruesome saga to a doctor on duty. The doctor prepared a syringe full of an anesthetic called lidocaine and injected it into Collins’s ear in an attempt to kill the pest. And kill it, it did—but not before Collins was forced to listen to its entire gruesome death inside his skull.

“I heard it die in my head,” he said. “When he poured the lidocaine in, I could feel [the roach] go super, super fast, kicking and try to dig its way out.” It apparently took the roach multiple minutes to die, fighting for every second. At one point, Collins even heard the thing let out a “faint little squeal” as the life slowly drained from its hard, insectoid form. “Then, two minutes later, it just stopped and he died.”

But like any good horror story, this saga also had one last, final scare once it seemed like the worst was over. After the roach’s lifeless corpse was exhumed from Collins’s head, the doctor took a final peek and realized that the insect left a final gift inside his unwitting host—an egg full of tiny roach babies. Luckily, the doctor was able to scoop out the egg before it hatched and spilled a veritable army of tiny roaches scurrying into his brain, but enough was enough. Once he was free from the hospital, Collins and his husband decided to break their lease and finally move to a new, roach-free residence.

Unfortunately, it’s probably too late for Collins to forget the sound that will likely haunt him for years to come—the scrape of legs, the spasmodic kicks against his ear canal, and that soft, faint squeal whispering “help” from deep inside his head. No amount of lidocaine will kill that nightmare.