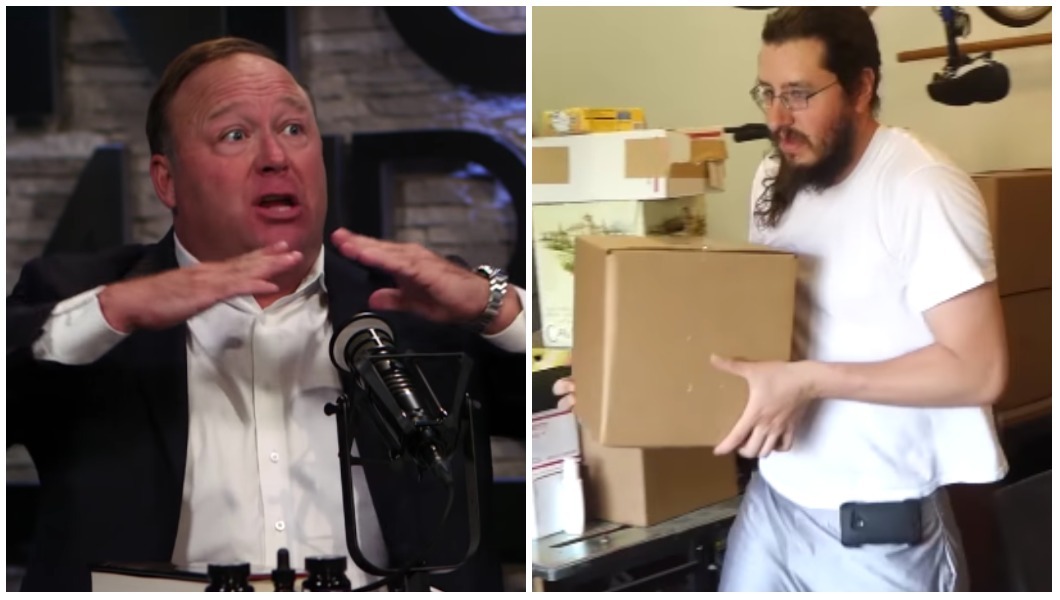 The past few weeks have been a whirlwind for Michael Rotondo, the unemployed 30-year-old whose parents sued to evict him from their house when he refused to move out. After a judge ordered him to leave the nest last week, Rotondo became a kind of weird, tragic celebrity, making the rounds on cable news and sitting down for a bizarre interview with Alex Jones, who paid him $3,000 to talk about nose jobs and globalism on InfoWars. Meanwhile, Rotondo has been scrambling to pack up his shit before the week is up.

On Friday morning, after eight years in his parents’ house, Rotondo finally managed to get the hell out, Syracuse.com reports. But he hasn’t gotten his own place just yet. The millennial told the outlet he’ll be spending the next week crashing at an Airbnb in Syracuse, paid for with the cash he got from InfoWars.

The move has been pretty hectic. According to the New York Post, Rotondo was a little shaky on exactly how you pack up your room to begin with. Meanwhile, he’s apparently been getting “harassing” phone calls from strangers who’ve heard his story—at one point dialing 911 after someone called him a “loser” and hung up.

“I can’t have my phone getting jammed up with nonsense like that,” he told the Post. “I can’t have that happen.”

Friday, the day the judge ordered him and his car to be off his parents’ premises, wasn’t any easier. Rotondo apparently called the cops on his dad over a box of Legos—which belonged to his own six-year-old son—after his dad wouldn’t let him search for them in the basement. He also had to jump-start his busted-ass Passat, which started smoking in front of reporters, before finally getting it out of the driveway, according to Syracuse.com.

Mercifully, some things seem to be looking up for Rotondo. He told Syracuse.com that he sold photos of the move to TMZ for a little extra cash. And the COO of pizza chain Villa Italian Kitchen offered him a job at any one of the store’s locations, along with a $1,101 signing bonus—a buck more than the amount his parents bribed him to move out with. A neighbour of Rotondo’s, Anthony Mastropool—who discovered the two are apparently distant cousins—has been helping him move out, letting Rotondo use his pick-up truck to shuttle all his junk into storage. According to Syracuse.com, they’re moving in together after Rotondo’s week at the Airbnb is up.