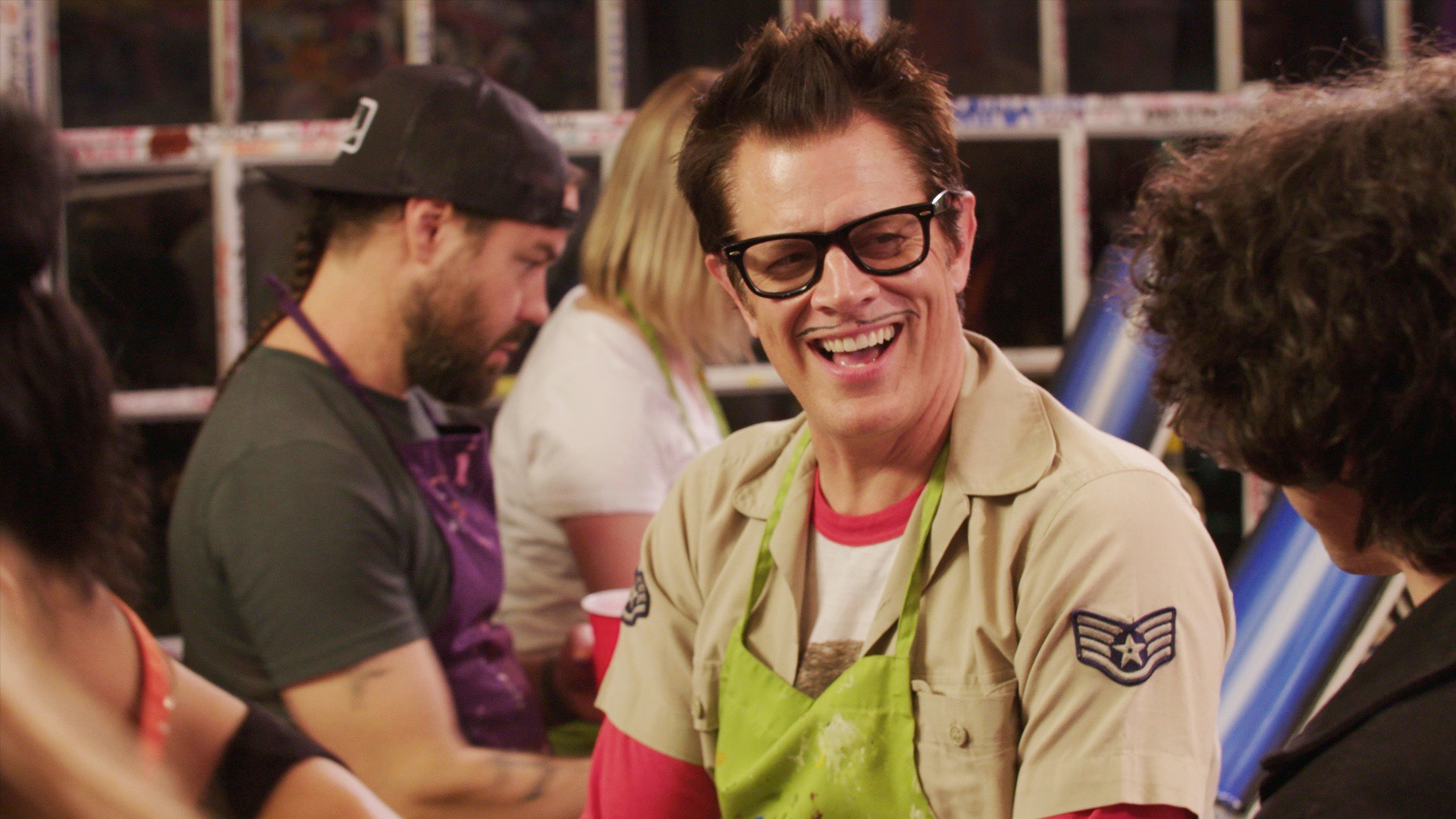 In Johnny Knoxville’s latest film, Action Point, he plays D.C., the owner of a failing, ramshackle amusement park where the rides aren’t exactly up to code. When a new theme park opens next door, threatening to shut Action Point down, D.C. and his buddies fight to save it by ramping things up at the park—as he puts it, “no rules, no speed limits—just pure fun.” A Jackass-inspired gauntlet of stunts ensues, seeing Knoxville flung off a catapult and sprayed with a fire hose as he tests out the park’s new rides.

We met up with Knoxville and his co-star Chris Pontius at LA’s Paint and Sip Studios to talk about the movie and hear how they shot some of the most difficult scenes.