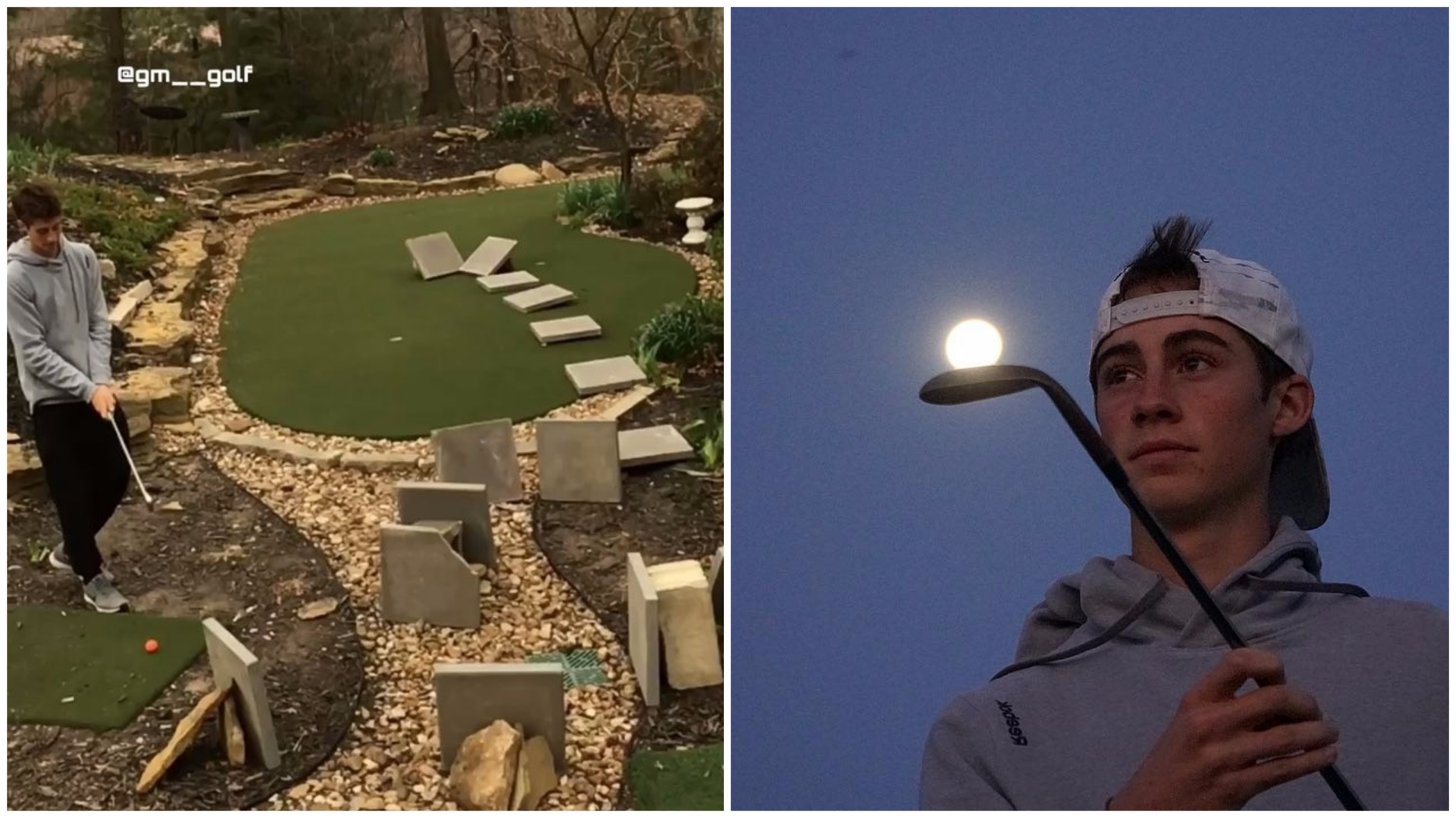 That might seem like a stupid canned burn (it is), but I’m not actually dissing the storied game of pars and putts. Indeed, nodding off while watching golf is great! It should be our national pastime. What’s not to like about 18 holes of dudes occasionally whacking lil’ balls on stunning pastoral landscapes while announcers mumble in hushed tones? It’s like the sandman sprinkling Ambien for me.

There are already plenty of impressive golf trick-shot videos out there, such as Dude Perfect’s impressive Rube Goldberg golf ball machine or this delightfully bro-y stunt video, but there’s something uniquely satisfying about Garrett Clark’s clips.

For one, it’s cathartic to see someone fulfill my personal ambition of actually being good at putt putt, a childhood dream that was continually crushed by many masochistic rounds at Captain Mike’s Fun Park in Bridgman, MI.

I also appreciate that this kid is getting creative with some simple elements, messing around and making something cool in what appears to be his backyard. And man, the sound of the ball binking off the stones just keeps me coming back to the these videos. At least, the ones without the dubstep soundtrack. Those I can’t vouch for.

More than anything else, in times like these, it’s nice to see a ball just go in the damn hole for once. Keep it up, Garrett.