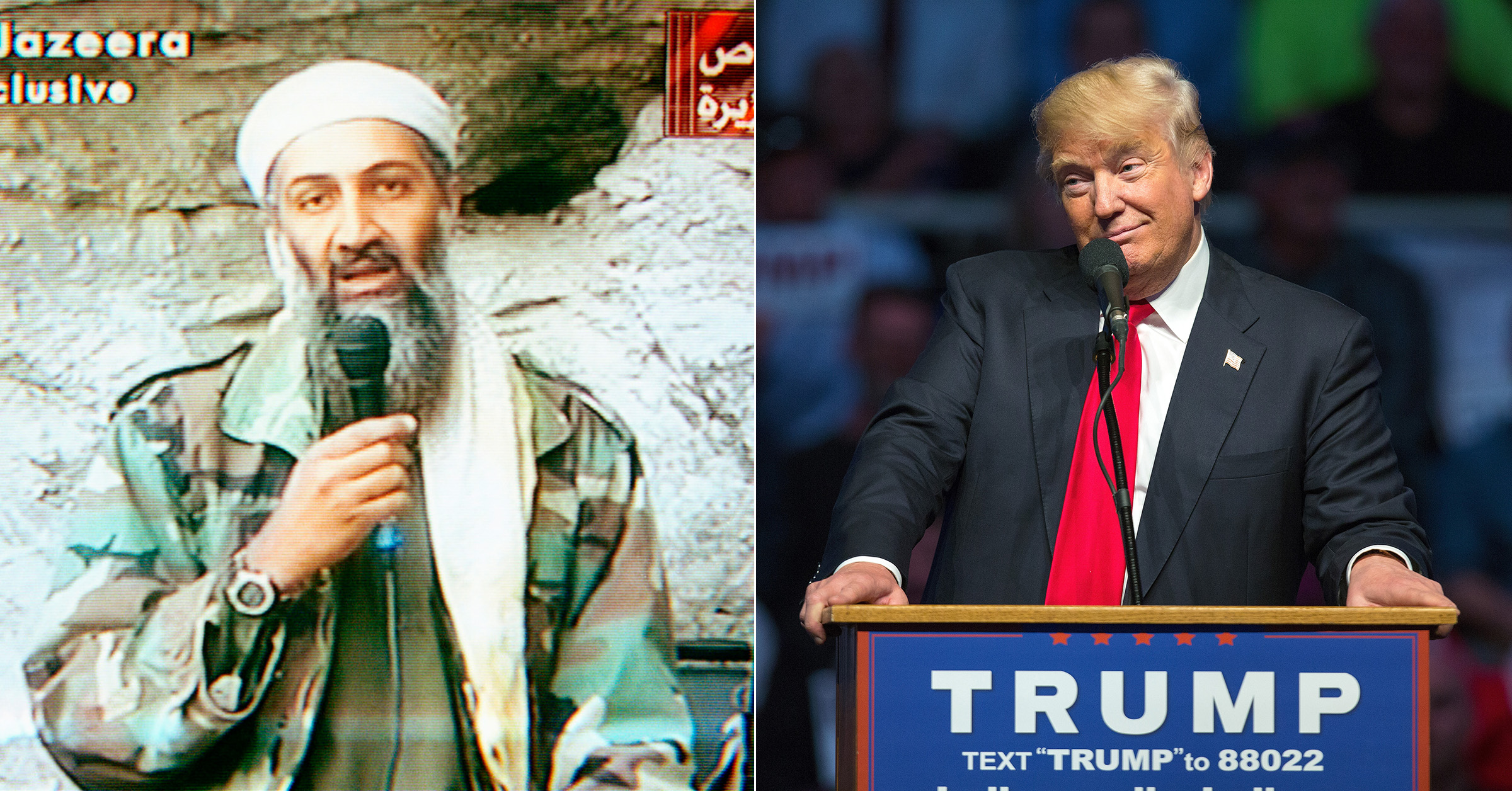 Democratic congressional candidate Dan Helmer’s latest TV ad starts out normal, which is to say boring. “I’m different: I’m not a politician. I’m a Rhodes scholar who’s served in combat,” he tells the camera. OK, cool. “I’m for a Medicare for all option, and against drug companies that rip off seniors. I’ll fight the gun lobby to protect children, not guns,” he adds. Alright, alright.

Then the ad takes a turn:

“After 9/11, the greatest threat to our democracy lived in a cave,” Helmer, who is running in a primary for Virginia’s tenth congressional district, says as footage of Osama bin Laden appears. “Today, he lives in the White House. No one, even the president, is above the law.”

First of all, you might point out that the notion that bin Laden and al Qaeda were existential threats to the US is the kind of alarmism that led to the worst excesses of the war on terror. Bin Laden and his followers killed a lot of Americans, but there were never going to destroy America. Terrorism, then and now, is extremely unlikely to be the reason you die.

But mostly, it seems like a bad strategic move to compare Donald Trump to the most infamous terrorist in American history. The White House said the ad, which first aired Wednesday, was “reprehensible”—which it is—and called on House Minority Leader Nancy Pelosi to denounce it. Her spokesman said that “while the leader does not condone the end of this ad, if the president wants to join in raising the level of civility in politics, he should begin with himself,” a fairly weak attempt to turn things around on Trump.

Helmer is no stranger to making terrible political ads. Before this, the Army veteran was maybe best known outside Virginia for a web-only commercial where he rolls up to a bar on a motorcycle, then sings an extremely lame parody song called “You’ve Lost That Centrist Feeling” at someone who is supposed to be Republican incumbent Barbara Comstock. It’s under two minutes long but the poor production values make it feel much longer. There were also some Top Gun references in the spot, which was so bad Stephen Colbert took time to make fun of it.

This new ad at least looks like something a professional political campaign made—as it should, since according to OpenSecrets, Helmer has raised over $1 million for his campaign, more than all but one of the six Democrats competing seriously to challenge Comstock in the general election this November.

Dumbass campaign commercials crop up every election cycle, but this one highlights a broader problem facing Democrats in 2018 and 2020. While there’s plenty of solid policy grounds for their anti-Trump fervor, it’s easy for that to bleed into outright hysteria. Notably, in the wake of the controversy, the Helmer campaign doubled down on the message, telling Politico, “What is abhorrent is the way this President has failed to uphold his oath of office, to preserve, protect and defend the Constitution of the United States.”

If your goal is to nudge American politics in a more positive direction, to push back against the extremism and demagoguery of Trump and many other Republicans, it seems like comparing Trump to Osama bin Laden is exactly the sort of thing you shouldn’t do. It may serve to convince voters that both parties are consumed by partisan hatred and there’s no meaningful difference between them. The rest of the ad, while not exactly the kind of thing that makes the national news, actually does represent the kind of positive message liberals should get behind: healthcare for all, pushback against drug companies, a real effort to change gun laws.

That these worthy causes have been overshadowed by a head-ass 9/11 comparison suggests the “Trump derangement syndrome” thing Republicans like to complain about is real, and in a worst-case scenario might even cost Democrats their shot at taking back Congress.