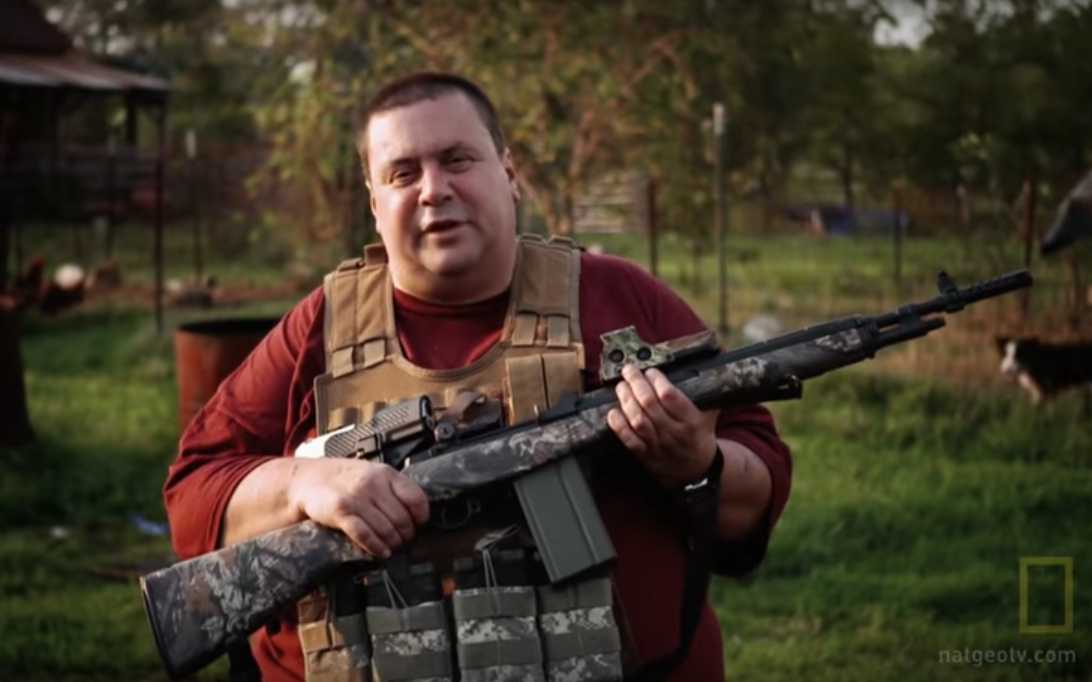 Look, I don’t want to alarm anyone, but according to the Sunday Times:

Britain would be hit with shortages of medicine, fuel and food within a fortnight if the UK tries to leave the European Union without a deal, according to a Doomsday Brexit scenario drawn up by senior civil servants for [Brexit Secretary] David Davis.

Apparently the government has been drawing up scenarios for a potential no-deal Brexit – a mild one, a severe one and one dubbed, gulp, “Armaggedon”.

One source told the paper, “In the second scenario, not even the worst, the port of Dover will collapse on day one. The supermarkets in Cornwall and Scotland will run out of food within a couple of days, and hospitals will run out of medicines within two weeks.”

The plans are so scary that they have been “locked in a safe”.

Not to worry, though, because while they have been preparing for it, the government thinks a Brexit-induced-rapture is probably not going to happen. Home Secretary Sajid Javid told the Andrew Marr Show: “From the work that I have seen and the analysis that has been done, those outcomes… I don’t think any of them would come to pass.”

This is not as reassuring as it should be.

In the 2012 National Geographic show Doomsday Preppers, American families are profiled stockpiling pickled vegetables, canned food and alcohol with which to barter with gangs of feral survivors of an imagined disaster scenario that’s waiting to hit: societal breakdown brought on by hyperinflation; a massive earthquake; a solar flare destroying the world’s computers. These people spend many hours and thousands of dollars, even changing their entire lives to prepare for the imagined incoming apocalypse. They also tend to plan on filling anyone who comes near their stockpile of supplies full of lead (the families are then rated by “experts” on their survival plans and, in a completely fucked up development, are sometimes advised to get more guns).

Watching it, you get the unnerving feeling that these people might be onto something. Who knows when society could collapse, and if it does, why would you not want enough canned stew to feed seven people for three years?

At the same time, there’s something quite badly wrong about what they’re doing. Not only is it slightly obscene to expend so much time and effort and money on your own hypothetical survival plan in a world where people are currently, actually struggling to live – but also, this kind of preparedness doesn’t happen in a vacuum, but as an expression of an ideology; it’s a gross caricature of American individualism.

The main reason society doesn’t collapse at any given moment is that people don’t want it to. The reason there aren’t Mad Max style gangs roaming the streets stealing everyone’s basic provisions is not so much because of the police as it is because nearly everyone thinks that would be a terrible way to live. There are plenty of examples of disasters being times of solidarity rather than selfishness. Of course the worst could happen, but it’s deeply weird to gleefully prepare for it.

I suppose you could be reassured that the government is at least preparing for a doomsday scenario. However, it seems likely that the plans were leaked by civil servants worried about hardcore Brexiteers who are ready to walk out of the EU negotiation room with their middle fingers aloft, dooming us to trade on WTO terms. In other words, the plans have been leaked out of fear that at least some in government want to push us towards a situation in which “Armaggedon” would be a possibility, albeit a small one.

It’s striking that the participants of Doomsday Preppers mostly realise that they look a bit strange. Many of them make a point of saying they’re just being extra prepared so that they can relax. It would be the best thing in the world, they say, if the earthquake never came. These are often people who keep dozens of guns all around their houses to protect themselves against something that won’t happen. In one episode, a man nearly takes his thumb off while practising shooting with his young sons. Can it really be a case of better safe than sorry? Or does a small part of them want it to happen? That strange fascination with oblivion is common – wondering what would happen if you threw a load of glasses on the tiled floor at a fancy restaurant, just to see them break.

In the last couple of years, Brexiteers have gone from talking about “the sunlit meadows beyond” EU membership, to playing down their plans to deal with dystopia. It would be more comforting to say, “Well, at least we’ll be prepared” if there didn’t seem to be just a tiny hint of wishful thinking involved.