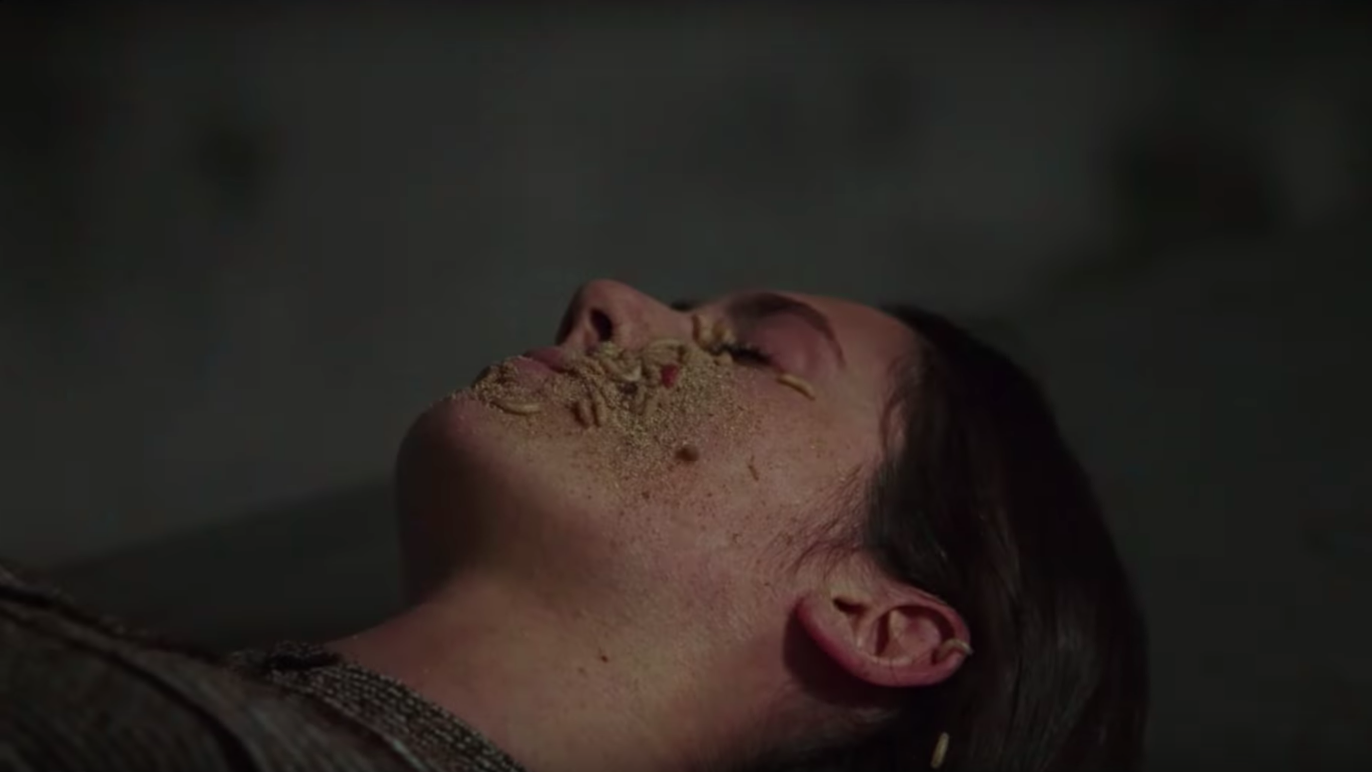 The original 1977 Suspiria, about a ballerina who uncovers some grisly truths about her dance company, is a landmark Italian horror film. It’s unnerving, surreal, and somehow managed to make bright, primary colours feel absolutely terrifying. Plus, the whole thing is soundtracked by a prog band named Goblin, whose whirlwind, kaleidoscopic score sounds like something you’d put on to guarantee you have a bad mushroom trip.

The film is one of those singular classics that should probably never be remade—but Call Me By Your Name director Luca Guadagnino took it upon himself to remake it anyway. Luckily, from the look of the completely creepy trailer that dropped Monday, it seems like the new Suspiria might be that rare remake that actually manages to fill the strange, bloody shoes of the original.

Guadagnino premiered a clip of his film at CinemaCon Back in April, and the audience was so traumatized they almost vomited over the footage, which involved a ballerina systematically being ripped apart into a pile of bones, blood, and urine. “It’s one of the most fucked up things I’ve ever seen at #CinemaCon,” Collider’s Steven Weintraub tweeted. “Close to upchucking the quinoa salad I just ate,” Brent Lang of Variety wrote.

Monday’s new trailer doesn’t feature anything as grotesque or graphic as that, but it still manages to capture a mood guaranteed to give you the goddamn heebie-jeebies. Guadagnino opted to not even try recreating the iconic colour palette of the 1977 version. The shots in the trailer are muted, cold, and claustrophobic, while still maintaining the unsettling atmosphere of the original. It also introduces a lot of questions—namely, why is that girl’s face covered in maggots? Why is someone saving that blurry Polaroid photo? And that’s definitely a human rib in the final shot, right?

Guadagnino’s Suspiria stars Dakota Johnson, Tilda Swinton, and Chloe Grace Moretz, with Radiohead’s Thom Yorke taking over Goblin’s soundtrack duties this time around. It’s due out in theaters November 2 via Amazon Studios, so we’ll have to wait until then to see just how fucked up this movie is. Just try not to eat too much beforehand.