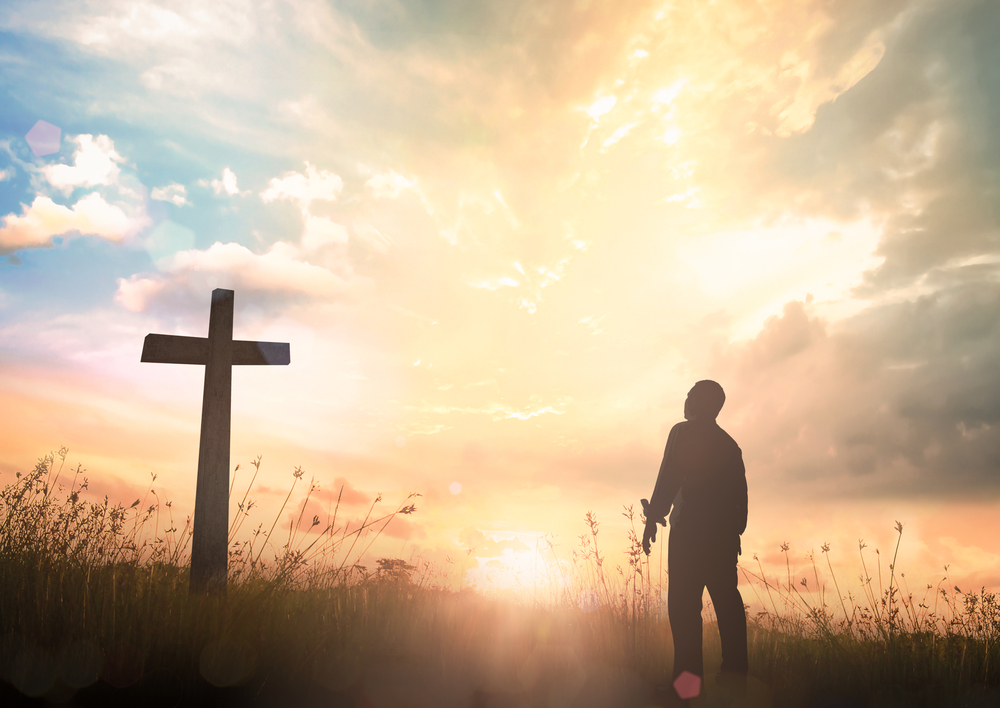 Despite recent instances of Christian tolerance and acceptance of same-sex sexual orientation—think the Denver Statement, the Pope’s recent surprise support, and the Anglican and Methodist Church’s inclusion of gay clergy—it remains a cornerstone of Christianity that homosexuality is ungodly.

Take last year’s Nashville Statement, in which the Council of Biblical Manhood and Womanhood issued a release affirming their view that “approving of homosexual immorality and transgenderism is still sinful”. More than 20,000 Christians around the world have signed it so far, including 150 Evangelical leaders.

What’s interesting to note, however, is the fact some Christians vehemently opposed to same-sex relations actually identify as gay or lesbian themselves. And some of them have grouped together to form “Side B”, a movement wherein gay and lesbian Christians don’t deny their sexuality, but rather pledge to keep it contained via celibacy.

As the site Coming Out for Christians puts it, members of Side B believe that while it’s “not a sin to be gay, [it’s] not biblical to have same sex sexual relationships. People feel that their attractions are out of sync with their beliefs. They may also feel unhappy in their orientation.”

We asked three Side B Christians what it’s like to deny your sexuality—and sexual appetite—for God.

David came out as gay at 14, and quickly became a pro gay-rights activist and self-described “anti-christian”. However, at age 19 he met someone at a pub who he believes “held the presence of God”. After they chatted about Christianity, David experienced a strange sensation of oil dripping on his head, which he considered to be the Holy Spirit. He is now living in the UK, working as a fellow at the Oxford Centre for Christian Apologetics. He is also writing a book about his story.

VICE: Hey David. What does it mean to be Side B?
David Bennett: Side B means embracing Christ as the core of your identity. It’s submitting these [same-sex] desires, along with everything else, to him. I have so much joy now in God, but that doesn’t mean being Side B is always easy, and it can be disenfranchising.

Do you agree with the church’s stance on homosexuality?
People like me don’t think homosexual relationships are the right way for a Christian and that there is another way to be gay [i.e. gay but non-“practicing”]. The church accepts and loves everyone, but it’s Jesus’s church. It’s not about what the world wants and feels. It’s about putting God’s will first.

Is there much resisting of your urges?
Like everyone, I have sexual desires. I’m not ashamed and don’t repress them, but I give them to God and say: You did well. You created that person well. [Sex] gradually becomes less of an important part of your life, and the love of God quenches and reformulates desire. Now, I have an amazing group of friends, church community, and family that fulfil that need for intimacy.

Some people would say that you’re denying a key aspect of who you are, or once were. How do you respond to that?
I don’t see myself denying anything that isn’t given back to me 100-fold through Jesus. As a society, we think sex is intimacy when really, it’s independent from that. But as Christians, we’re called to sacrifice. Jesus gave us his body on the cross, so our bodies aren’t for what we want, but what God wants. It’s all self-gift.

I have way more joy in my life, existentially speaking, living the way I do, than I did before. People might psychoanalyse that, but we have a crisis of desire in our society and we don’t know what loving self-denial looks like.

Would being in a sexual relationship with a man you loved and cared for ever be an option for you?
No. You have to first understand the gospel, and you have to look at what the scriptures have to say. It was a journey for me to get to this point, but as I’ve previously said, no.

Bridget grew up in Long Island, where she and her family were part of a Reformed Baptist Church. Bridget came to terms with her homosexuality when she was 19. At 22, she decided to become celibate and now runs a blog about her experiences.

VICE: Hey Bridget, what made you give up a sexual lifestyle for god?
Bridget Eileen: It came from an existential crisis and a spiritual rebirth. Growing up, I was told that gay people were doomed for damnation. I tried convincing myself that I was bisexual, and would find a man to fall in love with even though the thought of having sex with men made me sick to my stomach.

After questioning God’s love, I realised nothing could stop God from loving me. That gave me freedom to search the scriptures. I learned that devoting my life to God and giving up sex was the answer.

Does that mean you feel every gay Christian should be celibate?
If someone was to ask me, I would tell them that God gives you free will, but the bible asks us to pursue marriage in the context of man and woman. But saying you can’t be a gay or gay-affirming Christian is wrong, and propagates that [homosexuals] can’t be saved.

A healthy celibate life grows out of God’s love, not as a way to make God love you. Christian environments unfortunately have internalised ideas that God hates gay people.

Have you had much opposition from the Church?
Some people get excited that there’s someone who’s gay and believes in a traditional marriage ethic, but some are hostile. Too often I get asked How can you say you’re gay and be a Christian? and, I thought your identity was only to be Christian. There’s this assumption that I’m part of the “evil liberal progressive movement” trying to tear down religious freedoms, which makes it difficult to have a conversation.

Is there much resisting or repressing of your sexual urges?
Sex isn’t a part of my life, so it’s now about developing the other areas that are more important and integral. While I am a sexual being, attraction is very multifaceted. There’s emotional and aesthetic attraction that apply the basis for forming relationships.

I get that attraction is multifaceted, but do you feel like you’re missing out on something important?
I think the opposite: Celibacy isn’t superior, but there’s a unique sweetness to it, and so many incredible blessings, like developing so many friendships. I’ve seen friends get married and choose to have kids, which although is a blessing, becomes a source of limitations. They’re unable to develop as many friendships at the kind of depth that a celibate person is able to do.

Would being in a sexual relationship with a woman ever be an option for you?
I don’t see that as an option for me, because I don’t see that as what Christ is calling me to do with my life. As long as I understand Christ is calling on me to be celibate, then I’m going to follow him in that. It goes back to that idea of knowing Christ loves me, and trusting that he has my best interests at heart. Following Christ means giving up something that’s difficult.

Joseph grew up in a small “culturally Christian” town of 1,000 people in a liberal, Presbyterian family. When he was 14, he realised he was gay. During college, he found his faith and became more devoted Christian, and at 22, went celibate. Now, Joseph lives his with romantic (but not sexual) partner, who also identifies as Side B, in North Carolina.

VICE: Hey Joseph. Was there any particular moment that made you decide to go celibate?
Joseph: It’s funny, because it’s not like this was imposed on me by pastors or even my own family. It was more what I felt sat well with my conscience. If I’m only believing what makes me comfortable, then what’ll stop me from whittling the [scriptures] down to nothing?

I haven’t always been Side B, and I’m not a virgin. I’ve dated and had sex and boyfriends during college. But once I became more devoted, that sex never felt quite right. I never felt guilty, but it just didn’t sit well with me regarding my faith.

You’re in a relationship. What’s that like as Side B?
We are in love and live a very ordinarily boring life. We tend to avoid making out just because it feels a bit strange… but years ago, we had sex. Just because you’re celibate, doesn’t mean you’re going to always be. We weren’t devastated, it was just a bit “eh”. I’m not someone who thinks God hates me if I make a mistake.

Had I never had sex, I might have felt like I was missing out on it, and if I didn’t have this relationship, I might be feeling worse. I hear often from other Side B’s that they are craving that connection.

Would you ever consider giving up celibacy?
When it comes to my faith, I reflect on what feels right for me and what fits with how I view scripture. It’s possible that things might change in the future, but I’m not consciously planning for that.

What makes this decision worth it for you?
My faith is important, and I can’t imagine being anything else right now. If it were a bigger challenge, then who knows. I do have friends who are Side B, and as a result—they’re very lonely and conflicted. It’s just so psychologically damaging for them that I’ve suggested them to consider that God wants them on a different path.

Is it possible for a sexually active gay person to call themselves a Christian?
Yes, absolutely. When I was younger, I would’ve said no, but I think someone in good faith can have a different interpretation to scripture. It’s frustrating to see other Christians not accept homosexuality when they accept so many other ideas. Some churches don’t think women can be pastors while some do, but you never see [any of] them say homosexuality is okay.

Interviews have been lightly edited for clarity and length.