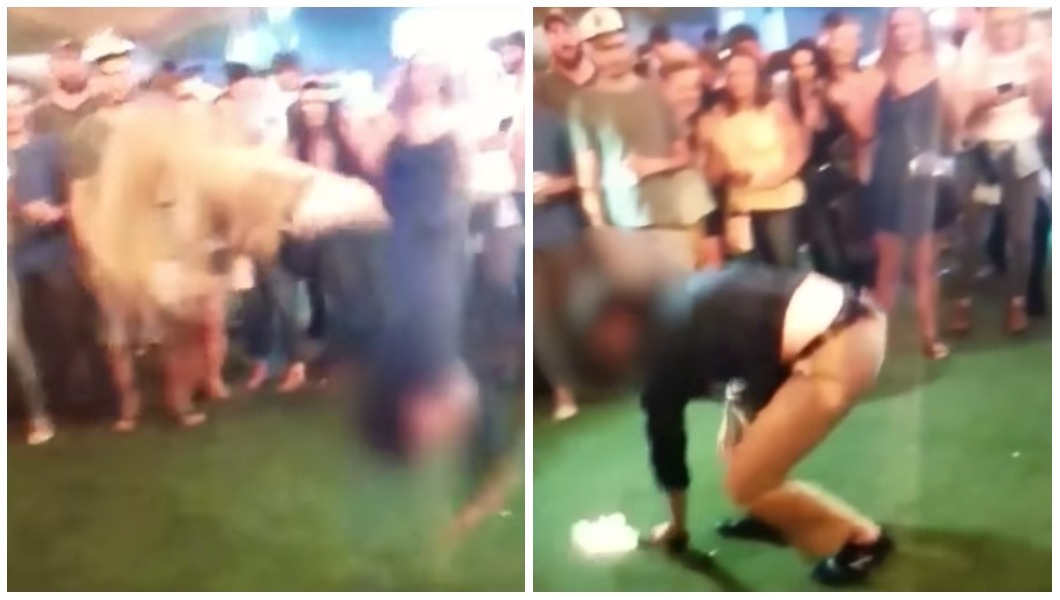 Late Friday night at a Denver club called Mile High Spirits, a crowd of bar-goers decided to throw things back to middle school with a breakdancing circle on the dance floor. Those always involve at least one dude who seems to live for that shit, and Friday’s was no exception: A man stepped into the middle of the throng and started going for it, waving his arms and wiggling his knees like that guy from the “Evolution of Dance.” He ramped up his routine with a backflip—and that’s when, in a flash, things took a terrifying turn.

Halfway through the flip, a handgun fell out of his waistband and onto the floor. He scrambled to grab it, and when he did, the gun went off—firing into the crowd and leaving one man with a bullet in his leg. Thankfully, the victim is OK.

According to local ABC affiliate KMGH, that overzealous breakdancer turned out to be an off-duty FBI agent. The cops took him to Denver Police Department headquarters for questioning, and he was sent to his FBI supervisor without being charged. Now, police say they’re investigating what went down while the district attorney’s office decides whether to pursue criminal charges.

Footage from the incident appears to show that—instead of checking to see if his stray gunshot hit anyone—the FBI agent just tucked the gun back in his waistband, raised his hands, and walked away. Meanwhile, according to KMGH, the bar full of shocked patrons were left to deal with the chaos themselves.

“We heard a pop,” patron Heather Schiraldi told KMGH. “We didn’t hear anything more, so we assumed it wasn’t a gunshot until the victim grabbed his upper thigh and started screaming, ‘Someone call 911!'”

A friend of Schiraldi’s wrapped his belt around the victim’s leg as a makeshift tourniquet while they waited for the paramedics to arrive. The injured man was rushed to the hospital, and he’s now in good condition, according to KMGH.

Schiraldi told KMGH she didn’t know how the man was shot until she read about it a few days later—and that when she found out an FBI agent was allegedly responsible, she was outraged.

“I was very angry. It was like, what was this FBI agent doing?” she said. “Why are you doing a backflip? I think that’s everyone’s reaction.”