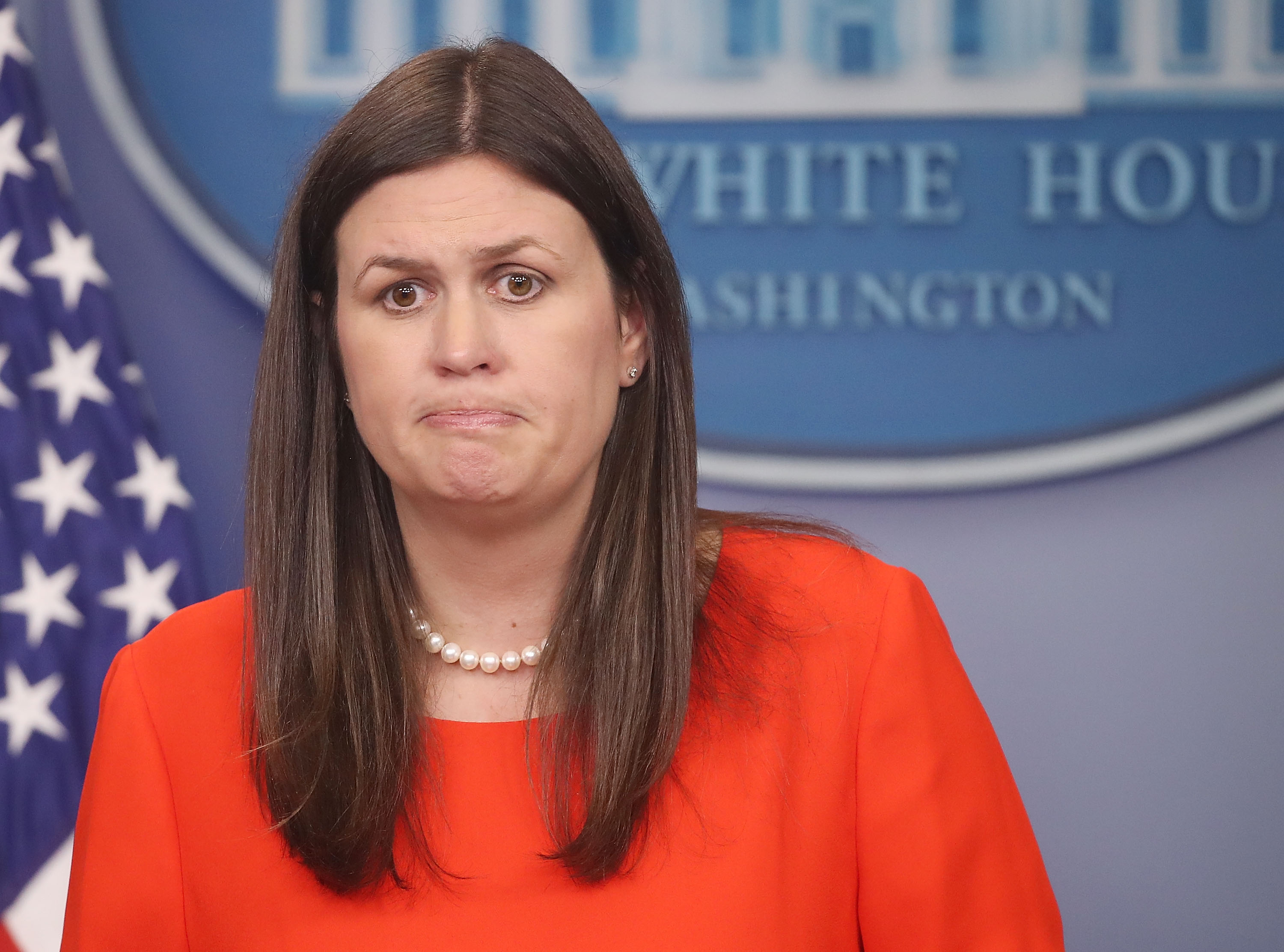 This is a slightly complicated story, but the takeaway is a simple one, even if some might find it obvious: Do not trust anything that comes out of the White House.

The story starts with a meeting taken by Donald Trump, Jr., and some high-level Trump campaign people back in June 2016. They met with a Kremlin-connected lawyer who they thought might have damaging information on Hillary Clinton. But last summer, when this Trump Tower meeting was uncovered by the New York Times, Junior issued a statement claiming that they “primarily discussed a program about the adoption of Russian children.” We now know this was misleading at best, a bald-faced lie at worst, and almost certainly an attempt to cover up some of the clearest potential evidence of collusion between his campaign and the Russian government. Special Counsel Robert Mueller is said to not just be interested in the meeting itself but the statement as well—which many suspected was written by Donald Trump and not his son.

On Saturday, the Times published a letter from Trump’s lawyers to Mueller’s office that appeared to confirm those suspicions. “The President dictated a short but accurate response to the New York Times article on behalf of his son, Donald Trump, Jr,” it reads. This stands in stark contrast to White House Press Secretary Sarah Sanders’s assertions about the statement from last summer, when she insisted Trump “certainly didn’t dictate” it.

Naturally, Monday’s White House press briefing was a bit more tense than most. Reporters asked Sanders, about this glaring discrepancy. “How can we believe what you’re saying from the podium?” was how Washington Post reporter Josh Dawsey put it. In response she offered her trademark combination of bluster/hemming and hawing; Sanders refused to comment on the letter from the president’s outside counsel, ignoring entirely the question about her own words.

To be excessively fair to Sanders, her initial false statement may have been dictated by other officials—maybe she was told last year that Trump didn’t have anything to do with that statement, and so wasn’t so much lying on behalf of the administration as being lied to herself.

But whoever is crafting this kind of lie, the effect is the same, which is that there’s no reason to take what Sanders or other administration officials seriously when they open their mouths. Reporters and the public should expect a certain amount of obfuscation and spin from the upper levels of government—Bill Clinton lied about his affair with Monica Lewinsky, and the Bush administration lied early and often about intelligence used to justify the Iraq War. The difference is that under Trump, the untruths dished out by his official spokespeople have piled up in great, confusing heaps, spanning everything from inauguration crowd sizes to Trump’s fondness for violent rhetoric.

Even so, it’s rarely 100 percent provable that Sanders said something that is both untrue and something the speaker knows is untrue—a distinction that makes many in the media careful about using the word lie. More often, the White House press shop has been forced to use weasel-y language to defend crazy claims made by Trump himself, as staffers including Sanders did in the wake of Trump’s insistence that Barack Obama tapped his phones. Even Trump’s claim there isn’t exactly a proven lie—though there’s no evidence that Trump was personally surveilled, his campaign chairman Paul Manafort was, a fact some conservatives have said vindicates Trump. (The feds seem to have had good reason to monitor Manafort, given the indictment they handed down against him last year.)

There’s no such argument possible about the statement regarding the Trump Tower meeting. Maybe you could say that the whole story about the meeting is overhyped and that none of the conduct we know about so far is illegal. But even in that case, why would Trump lie about it, then lie about who lied about it? And if the administration is willing to throw around flat-out untruths when it comes to such a small thing, what else is it lying about? Or maybe the question is what won’t the administration lie about? Are there certain categories of issues out there—say, hurricane relief or the aftermath of a mass shooting—where even Sanders and Trump agree lying would be beyond the pale?

When Mueller’s investigation wraps up, this Sanders statement may not matter all that much—certainly it will matter less than what was said at that meeting and whatever other communications campaign officials had with Russians. But in the spirit of not shrugging off what used to be regarded as misconduct, we should mark this moment. The president lied, the press secretary lied on his behalf, it was shown that they lied, and they shrugged it off with a no comment. “This is not normal” long ago became a cliche, but it’s now been replaced by a new one: This is now normal, and that’s the problem.