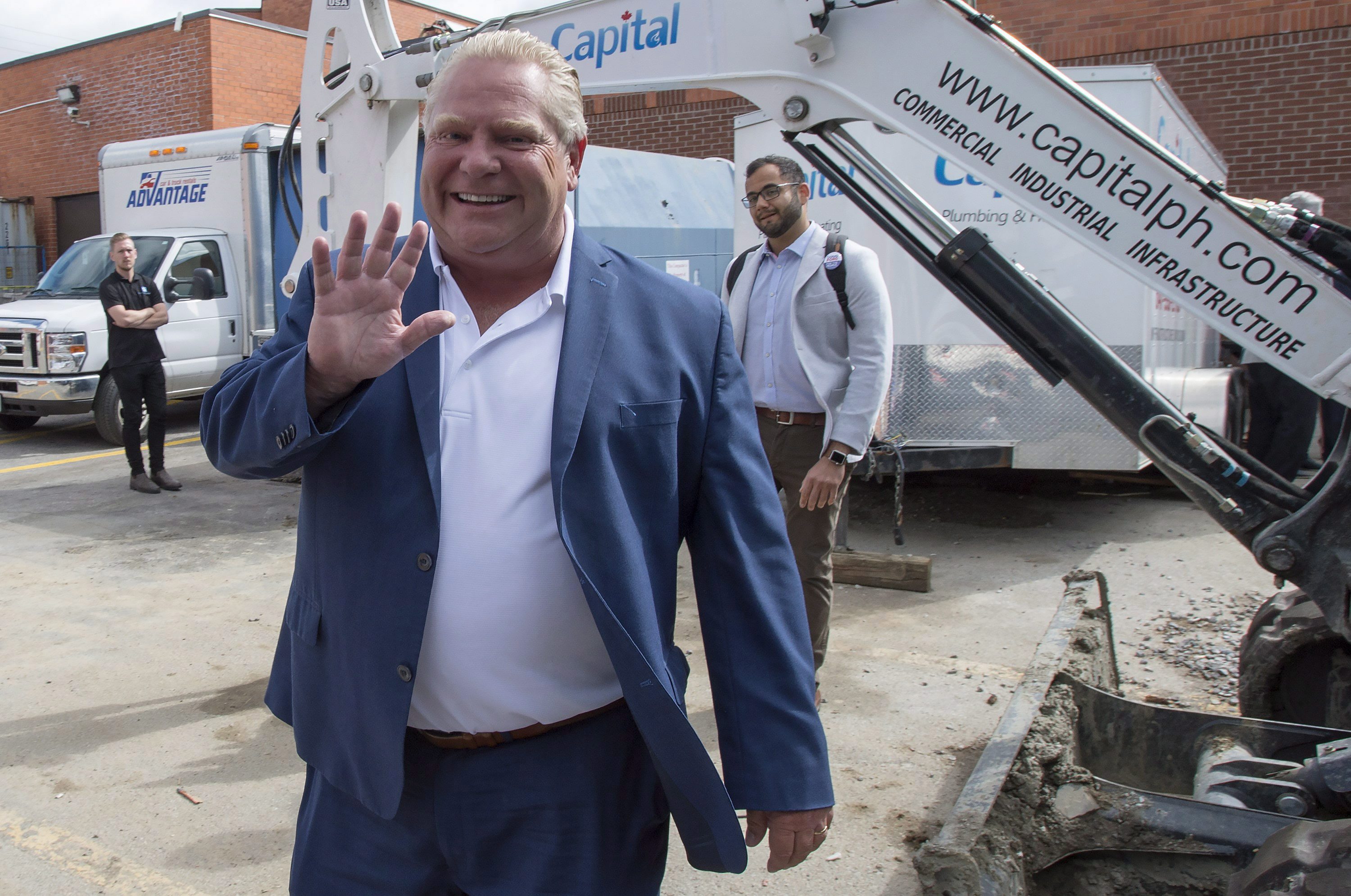 From Patrick Brown’s disgraceful exit as leader of Ontario’s Progressive Conservatives to Kathleen Wynne’s pre-election concession spiel, the lead up to the Ontario election has seen one dramatic twist after another.

Now, just days before voters are set to head to the polls, PC leader Doug Ford’s sister-in-law—the widow of deceased Toronto mayor Rob Ford—has slapped him with a bombshell lawsuit alleging he’s cheated her and her kids out of millions of dollars from her late husband’s estate.

Renata Ford launched the $16 million lawsuit Friday, naming herself and her children Douglas and Stephanie as the plaintiffs and Doug and his brother Randy as defendants.

Renata Ford has accused Doug and Randy of withholding from her millions of dollars, in the form of Rob Ford’s estate, his shares in the family business Deco Companies, as well as his life insurance policy. She says Doug Ford is in charge of Rob’s estate; Rob Ford died two years ago. The lawsuit also claims the brothers have mismanaged Deco, a label-making business, and grossly overcompensated themselves. None of the allegations have been proven in court. At a press conference Tuesday, Doug Ford said the allegations are “false and without merit” and said he was “shocked.”

Here are the wildest accusations from the lawsuit:

Renata Ford alleges Doug sold her late husband’s 200 shares of Deco Toronto to Randy for a nominal fee of $1 and then reorganized the company structure, making both Randy and Doug 100 percent owners of Deco Toronto and Deco Chicago, respectively.

Renata Ford alleges Doug approached her and suggested they eschew lawyers while sorting out Rob’s estate.

“Let’s get rid of the lawyers and settle this on our own. They will only steal your money. You’re going to lose everything in your savings,” Doug Ford allegedly said, according to Renata Ford.

Lost millions of dollars in business

With Doug and Randy at the helm of Deco, the lawsuit alleges the company business has incurred major financial losses. It says Deco Toronto was worth $10 million when Doug Ford Sr. died in 2010 and his investment portfolio had a value of $15-$20 million at that time. However, the suit alleges Deco Toronto has lost more than $6 million because of Doug and Randy’s mismanagement and that as of 2014, the worth of Doug Sr.’s investment portfolio had plunged to $6.4 million, with potentially millions more lost in the last three years.

Used their dad’s money to cover for alleged fuck-ups

The suit also alleges the Ford brothers used Doug Ford Sr’s investment money to keep Deco afloat and “maintain the untrue public appearance of a successful business enterprise while…receiving their compensation and benefits for as long as possible.”

Doug and Randy are allegedly incompetent but still overpaid themselves

The lawsuit accuses Doug and Randy of basically turning Deco into a shit show. “Neither Doug nor Randy have the education and business ability to justify their employment as senior officers of Deco Toronto or Deco Chicago,” it says, alleging that both failed to implement a business plan and retain good staff yet still “grossly overcompensated themselves.” The brothers also allegedly hired friends and family members to work positions for which they weren’t necessarily qualified.

Renata Ford alleges Doug and Randy retained and refused to hand over the proceeds of Rob Ford’s life insurance policy—$220,000—to his wife and kids.

The allegations that Doug and Randy Ford conspired to screw their sister-in-law, niece, and nephew out of millions of dollars are certainly not great for a politician campaigning on being a successful businessman. But hey, at least it’s another easy Donald Trump comparison.