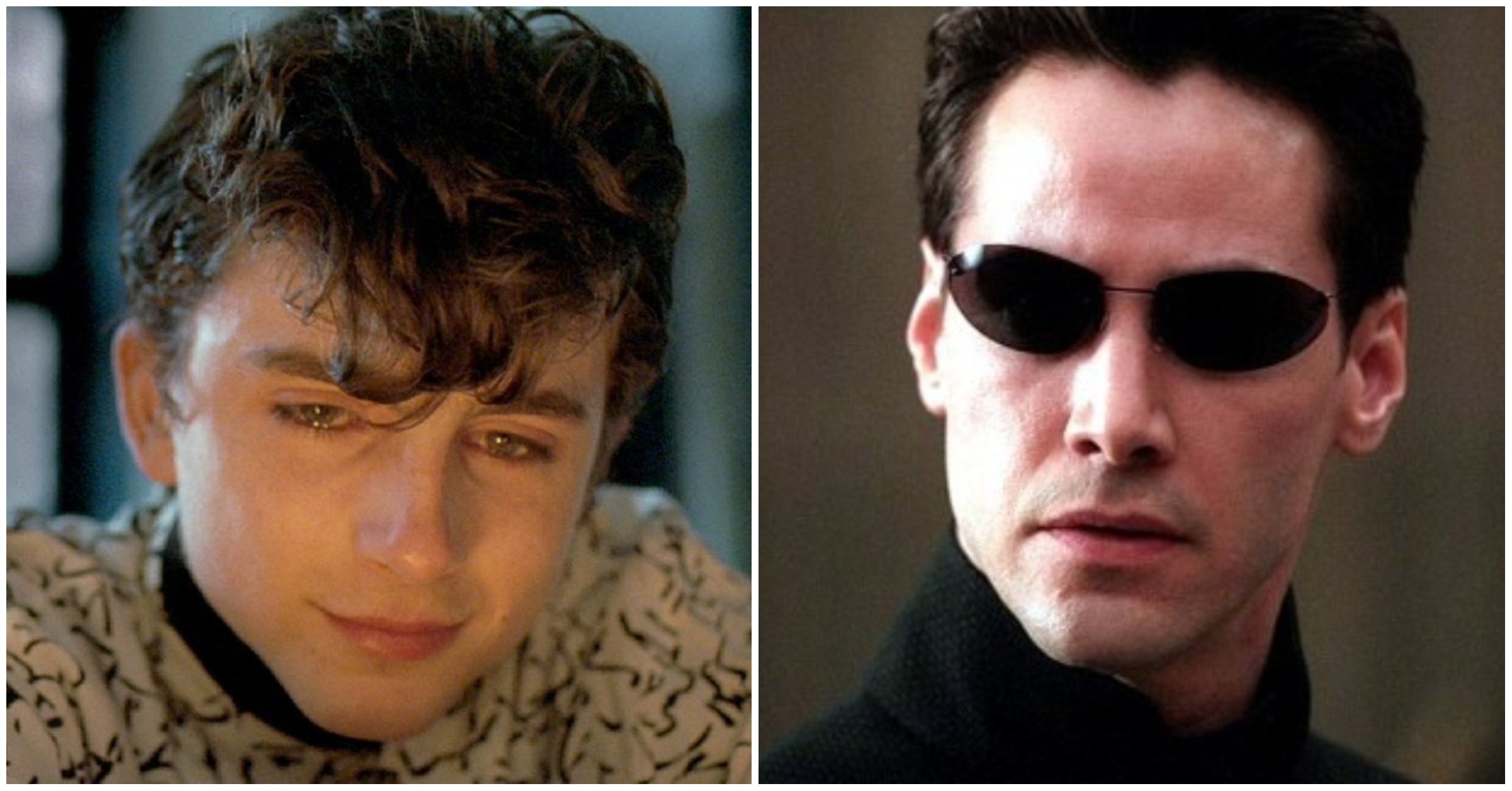 It’s alienating when you hate a movie that everyone else loves, but it’s not as uncommon or, for that matter, contrarian, as you might think.

For example, I’ve never understood what people like about David Lynch’s Blue Velvet. What about Kyle MacLachlan’s character makes it believable that he’d circumvent the police and launch his own missing persons investigation? What was the mystery anyway, that the town’s resident psycho bad-guy was responsible for the town’s only psycho bad-guy crime? I’ve watched this film three times now and I still don’t get it.

In search of similar stories of frustration, we asked a bunch of people about the über popular movies they hate that everyone else loves. While some of the responses will shock and disappoint you, you may find yourself reconsidering some of Hollywood’s undisputed and under-examined favorites.

“The whole damn Hunger Games series. Even though I love fantasy movies and I liked the book series—it’s fast-moving and absorbing—the movies were totally a letdown to me. There are some technical reasons: firstly, the acting wasn’t as good as I’d expected. They turned characters into materials. And the audience is constantly exposed to action scenes, which makes people unable to think about the systemic critiques in the movie. The ‘thrilling’ scenes are really predictable and when I got out of the theater, I just said it was a waste of time.” – Gökhan, 23

“All of the Harry Potter movies. They’re too long and wizards are nerds.” – Garvey, 20

“Phantom Thread. It’s just two hours of the world’s most irritating couple bickering. Plus, the dresses are ass!” – Annelise, 27

“Chinatown. I’m convinced no one actually likes it. No one uses specifics about what they like about it, and I think that’s the conspiracy.” – Nina, 26

“Requiem for a Dream—it’s just a bunch of fucking addiction tourism and film school nonsense. I knew Requiem sucked from the moment Jared-stupid-Leto appeared on screen. Never has there been an actor who inspires less pathos. He’s great for a director like Darren Aronofsky, who confuses craft with creativity. Requiem is joyless, which fans will say is the point, but the viewer has no reason to feel sorry for any of these pathetic characters, and for someone even passingly familiar with addiction, it’s a pretty brutal appraisal of an illness. Requiem just relishes so shamelessly in its depravity that it’s not only exploitative and distasteful, it’s pure posing.” – Josh, 31

“My Cousin Vinny is not only offensive to intelligent Italians, but absolutely none of that plot is even slightly reasonable.” – Brianna, 29

“I hate Silver Linings Playbook because it felt like movie stars trying on mental illness and butchering it to the nth degree. Like, ‘Oh, thanks, Bradley Cooper, for putting on a garbage bag and talking a mile a minute!’ I don’t understand how that movie became a favourite.” – Erin, 30

“The new Mad Max, but I think it’s because I saw it when I was hungover and it made me have a panic attack.” – Jana, 26

“Space Jam. It was such a brainless play on popularity, with no real content, in order to just make a movie and make some money.” – Kerry, 62

“The Matrix. I first tried to watch it when it came out. I was nine years old at a sleepover and I passed out within the first ten minutes of the movie. I tried revisiting it in college because everyone around me was like, ‘ OMG HOW HAVE YOU NOT SEEN THE MATRIX GO KILL YOURSELF.‘ So I tried again and fell asleep again. My boyfriend had the same sentiment this past year, and when we tried rewatching, I passed out. The Matrix induces narcolepsy. Fuck that movie.” – Kayla, 27

“La La Land because it’s cheesy and pointless, with no story whatsoever. There’s such outrageous orchestral music but the vocals are virtually inaudible, and thus the premise of the film is redundant. Ryan Gosling would get it though.” – Naomi, 22

“The Shape of Water was way overhyped by the press and by a friend, so I had incredible expectations going in. Too much is left unexplained. My reaction to the reveal at the end was that it was surprising—a cool and kind-of classic fairy tale—but I wanted to know why she looked so much like a human. Which, I guess, is ‘the whole point…man,’ but I just wasn’t down. Also, the creature sex was just OK? I might need to re-watch Pan’s Labyrinth to see if I like/dislike the filmmaker or just this film. What if there isn’t all that much to get?” – Allison, 29

“The Big Lebowski. It’s legit just not funny, and how the fuck is a movie like that not going to make you laugh?” – Hannah, 25

“Pitch Perfect. I don’t want to see a bunch of white people singing a cappella covers. And everyone looks so fucking old!” – Jo, 23

“Eyes Wide Shut. I love Stanley Kubrick but that movie is so painful and boring. Though it really is beautiful, listening to the characters interact is like water torture. It takes an hour for anyone to form a sentence, which is my biggest pet peeve.” – Mandy, 24

“Frozen. Haven’t seen it but I used to work with preschoolers.” – Keara, 25

“Casino. The production is impressive but I thought it was overwhelmingly boring. It’s like Goodfellas, but nothing happens. De Niro’s character isn’t enough of a douchebag for me, and Ginger makes me want to pull my fucking hair out. TBH I didn’t watch the entire movie because I fell asleep (in the middle of the day), which is another thing.” – Elise, 24

“Boyhood. It’s got like a 98 percent rating on Rotten Tomatoes and won all of those awards, but why? It was, at best, a milquetoast representation of boyhood which more belonged to those old ABC Family one-hour specials that always had some moral agenda told through a cliched teen melodrama. I just thought it was so arrogant to title that film ‘ Boyhood,’ as if it were a universal coming-of-age tale. And then to hear all of these people say ‘Aww, I loved Boyhood.’ It was just like, do you like cliche? Do you like bad storytelling? Apparently the 98 percent do. I would choose watching dogs poop while they stare back at you over two hours of that shit film.” – Jamie, 33

“Call Me By Your Name. The movie is a poorly executed representation of a mediocre love story leaning on its beautiful setting, and I found the music and locations to be so cloying that I felt like the director was busy focusing on them and forgot to focus on the characters. It’s basically the equivalent of going to an NYC restaurant where the setting is so cool and lighting is so dim and romantic and the location is so great that you actually think the food tastes good, when it’s really nothing special at all.” – Barrie, 32

“Donnie Darko. Every time I talk to anyone about that movie, they just tell me I don’t get it, but I get it. I even went to this special website to make sure I got it. It’s still a boring movie in which nothing happens and the whole ‘multiple universe’ ending is a huge cop out.” – Harry, 24

“Star Wars. That shit was never my jam. I don’t know why, but it’s too fake and the galactic tomfoolery just doesn’t grab my attention. I’m not into magic and wizardry and shit like that either. My parents came from Cuba and I was born in Hialeah. Star Wars got no play over Sábado Gigante or ¿Qué Pasa, USA?. I’ve tried watching one or some of it but I can’t. I actually thought Jar Jar Binks was awesome because of how upset a stupid character made hardcore fans.” – David, 38

Answers have been edited and condensed for clarity.