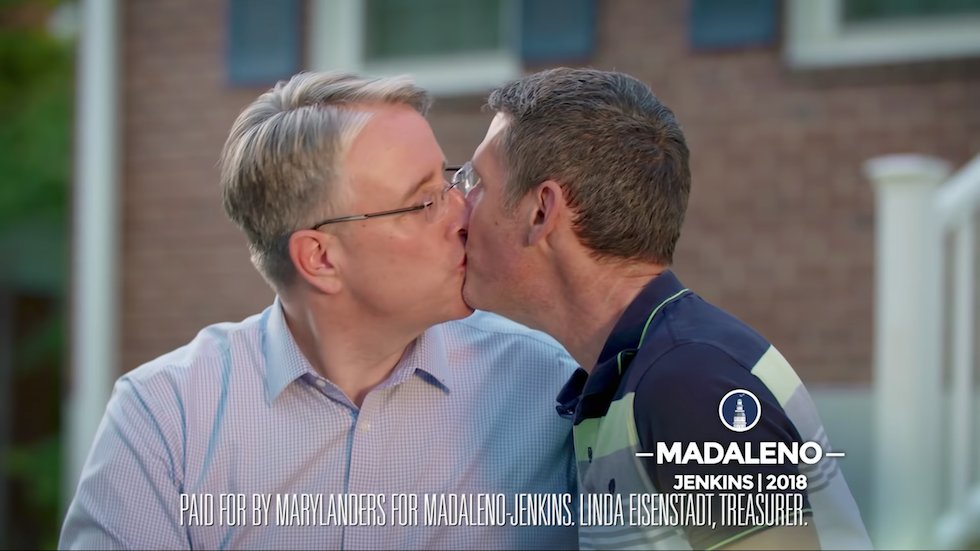 President Trump loves a lot of things. But perhaps his greatest, most ardent passion is waking up bright and early to watch Fox and Friends, his favourite FOX News show. So when one Democratic gubernatorial candidate wanted get the president’s attention, he knew just where to air his new campaign ad.

Richard Madaleno, a Maryland state senator, is currently running for governor in his state. In 2007, he became the first openly gay member of the state’s general assembly, and if he’s elected come November, he’d be Maryland’s first openly gay governor, according to the Hill. In his new campaign ad that aired during Fox and Friends Thursday, he explains that he wants to “stand up to Donald Trump,” listing off the things he’s done as a state legislator—defending Planned Parenthood, working to ban assault weapons, and supporting public schools—”that already infuriate him.”

“And what’s the number one way I piss off Donald Trump and the Republicans?” Madaleno asks, sitting with his husband and their two children. He smooches his husband on the lips, and turns to the camera. “Take that, Trump.”

According to the LGBTQ Victory Fund, it’s the first time a gay candidate and their same-sex spouse have kissed in a campaign ad, though a few other politicians have shown same-sex kisses on screen in their campaign spots. Back in 2012, a gay Republican presidential candidate from California dropped a kind of bizarre campaign ad about a “sexy frisbee” that ended with two men kissing on a beach. And in 2015, Hillary Clinton aired an ad all about LGBTQ equality, which featured a handful of gay couples locking lips.

As of now, Madaleno isn’t looking too hot in the polls—sitting in fourth place with 6 percent of the vote—but going after the president on his favourite FOX News show during Pride Month is a kind of win in itself.