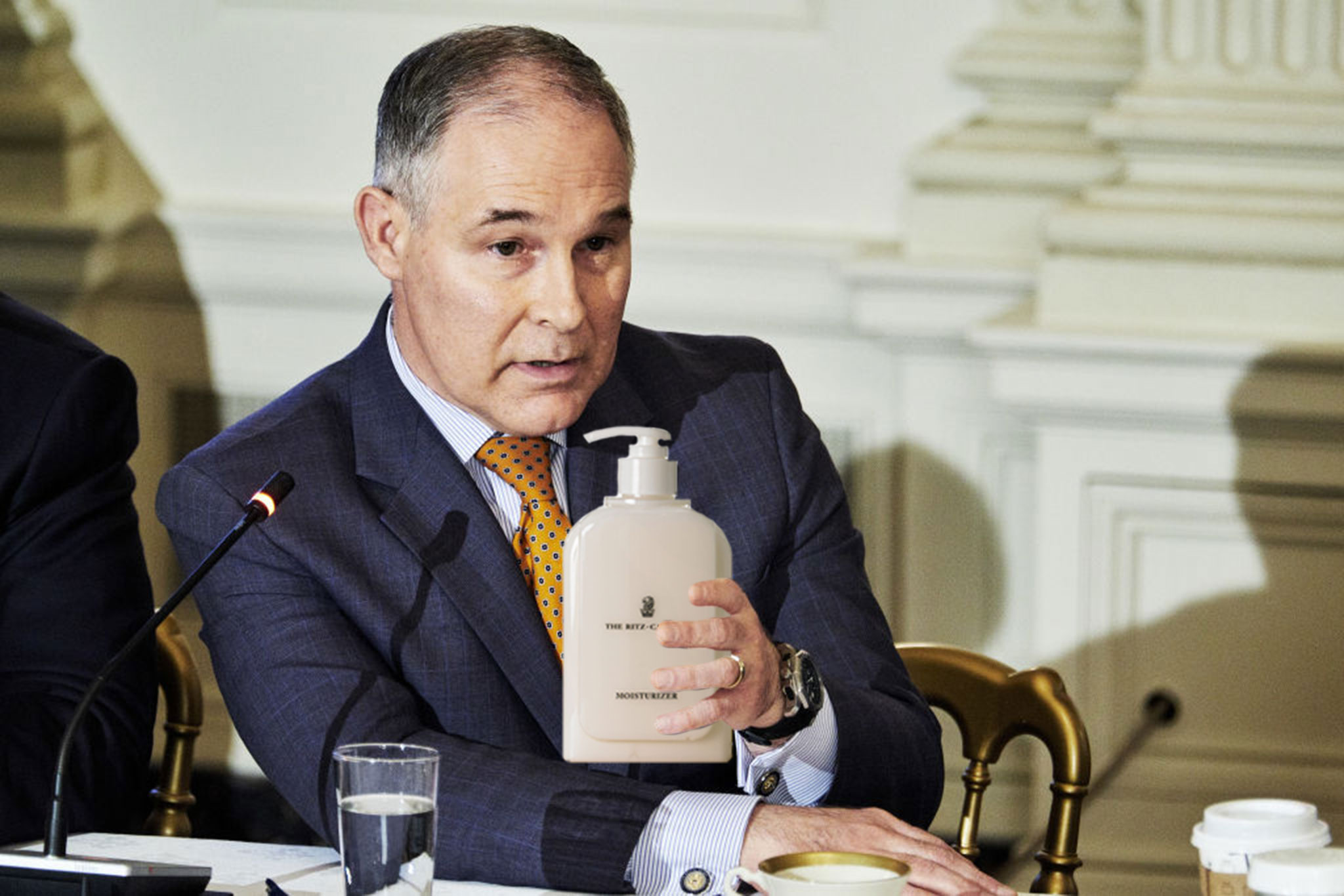 Universally loathed EPA chief Scott Pruitt is a man who seems to appreciate the finer things in life. When he writes, he reaches for the finest pen that taxpayer dollars can buy, because his noble fingers would apparently never deign to touch a plebian ballpoint. When he travels, he mostly books first-class flights, since the guy can’t be subjected to the terrors of less-than-ample leg room and angry citizens yelling about how he’s wrecked the world.

And when his hands are chapped and dry, a quick squirt of Jergens just won’t do. No—the only lotion good enough to moisturize the flesh of the well-known climate change denier is a certain fancy cream from the Ritz-Carlton hotel chain, apparently.

According to the Washington Post, Pruitt has reportedly used his 24-hour security detail for a variety of personal errands, like taking him on a quest “in search of a favorite moisturizing lotion.”

The quest reportedly involved ferrying him around town to various Ritz-Carlton hotels, hoping to track down the beloved lotion, which, spoiler alert, you can also find online. He also allegedly asked security team members on multiple occasions to get his dry cleaning from him. Picking up clothes and searching for fancy balms isn’t exactly the standard role for Pruitt’s exorbitant security staff, which cost nearly $3.5 million in taxpayer dollars last year. But Pruitt has a history of finding, uh, creative tasks for the people around him to help him with.

Earlier this week, news broke that Pruitt had sent his aides on a series of personal errands for him, and asked them to do everything from buy a used mattress from Trump International Hotel to set up a meeting so his wife could lock down her own Chick-fil-A franchise.

All arguments about Pruitt’s repeated misuse of staff as his own personal minions and go-fers aside, these new lotion revelations raise some serious questions. Namely, what is so great about the Ritz-Carlton’s official moisturizer? Is it truly superior to all other lotions, or does Pruitt just long to smell like “ylang ylang, jasmine, and uplifting bergamot” so much that it was worth the long search?

Also, couldn’t someone just have called around to the nearby Ritz-Carlton hotels and checked if they had the lotion in stock before trucking all the way over there? Maybe Pruitt was just doing his part to drive around and help keep climate change rolling since the guy thinks that global warming might actually be a good thing.