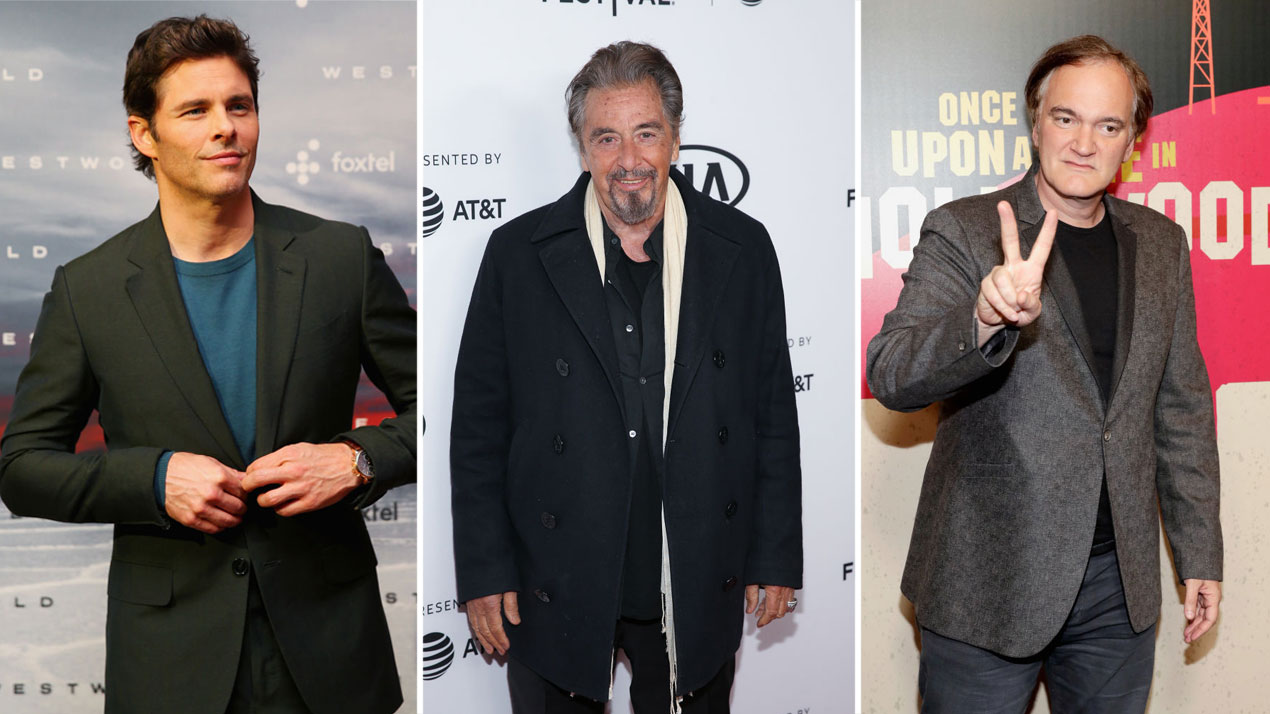 When the first casting announcements for Tarantino’s upcoming film, Once Upon a Time in Hollywood, started coming out earlier this year, it was easy to get excited. Brad Pitt and Leonardo DiCaprio, finally acting alongside one another in a film that isn’t some weird, Scorsese-helmed branded project! Margot Robbie following up the criminally-underrated I, Tonya with a role as starlet and Manson victim Sharon Tate! Burt Reynolds playing some guy who owns a ranch!

But then the announcements kept coming. Tim Roth, Kurt Russell, and Michael Madsen joined the cast. So did Timothy Olyphant. And Emile Hirsch. And Nicholas Hammond. And Luke Perry. And Damian Lewis. And Dakota Fanning, who’s set to play Manson follower and failed presidential assassin, Squeaky Fromme. And Tarantino hasn’t stopped there.

It’s not yet clear who Marsden will be playing. But we do know that S1m0ne star Al Pacino will be a Hollywood agent who represents DiCaprio’s actor character, because, sure, why not throw Pacino a cameo at this point, too?

And, OK, it’s great that Tarantino is building such a star-studded powerhouse of a cast, but how many stars can one film’s plot sustain? Yes, the director has said Once Upon a Time in Hollywood will be a Pulp Fiction-esque ensemble telling a bunch of interconnected stories around 1960s LA, but still. We want to watch a movie, not 150 minutes of stitched-together celebrity cameos that continually call attention to the fact that there’s the dude from Billions playing Steve McQueen in the background of a scene and, oh, is that Luke Perry? And, wait, who’s that playing Bruce Lee?

The movie is still more than a year away from hitting theaters, so there’s plenty of time for Tarantino to keep piling actors on. What’s next? Will John Cena sign on to play Charlton Heston? Could Tarantino get Paul Dano bring back his surprisingly decent Brian Wilson impression? It’s too bad Steve Buscemi is getting up there—if he was a couple decades younger, he probably could’ve pulled off a pretty fantastic Vincent Bugliosi. And who, for the love of God, will wind up playing Manson himself?

Once Upon a Time in Hollywood is due out on August 19, 2019, in time for the 50th anniversary of the Tate-LaBianca murders. Get ready for the inevitable onslaught of more casting announcements in the meantime.