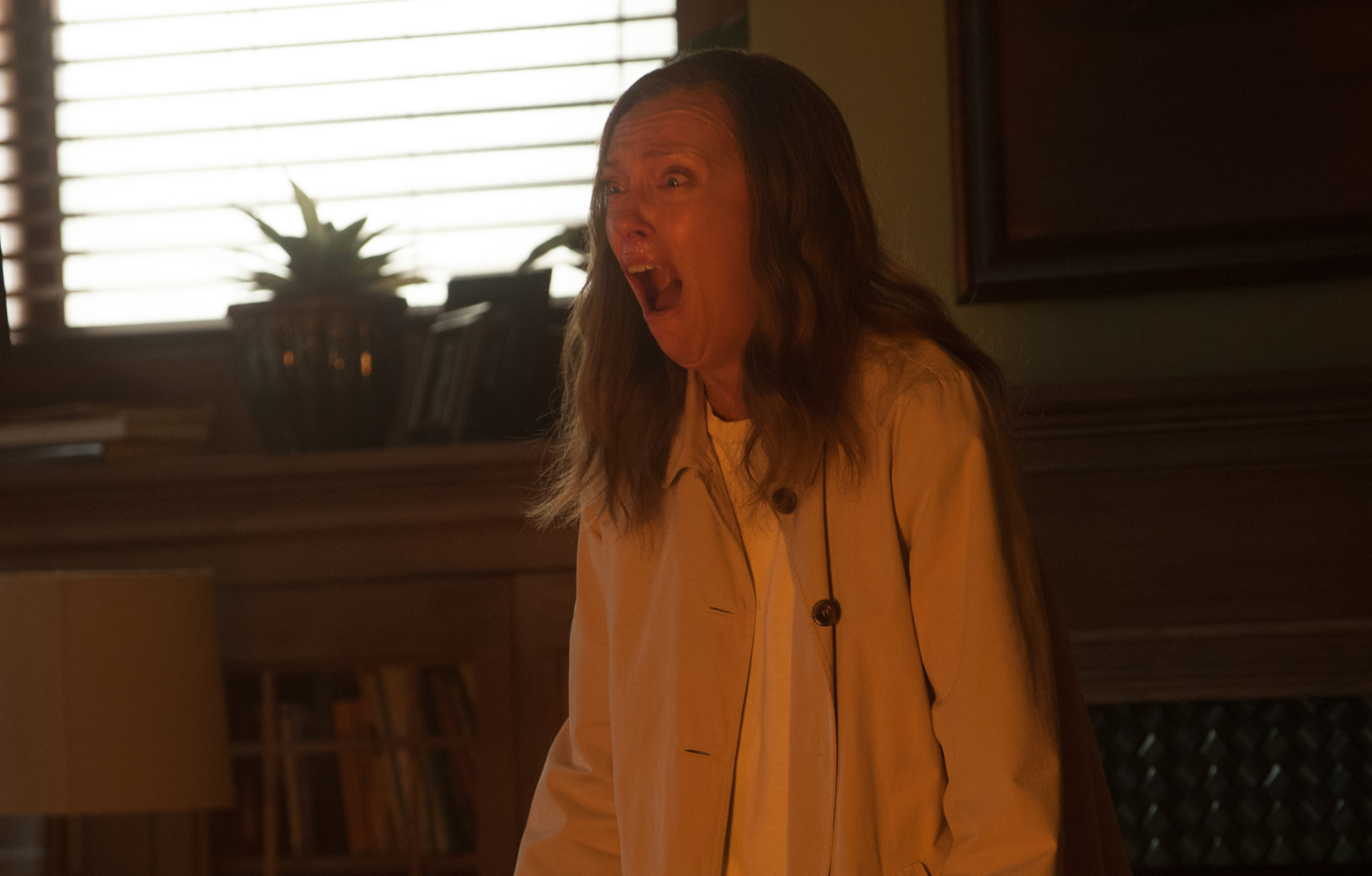 Hereditary is a very, very scary movie. Every ad and review of the film says so. One of its actors thinks he has PTSD just from shooting it. In short, Hereditary is the scariest movie of 2018, and possibly the decade. It’s got jump scares, gore, creeping dread, and shrieking terror, in equal measures. It’s even got fantastic acting, as Toni Collette offers up damn-near the performance of a lifetime.

The problem is, that’s it. Overall, the individual pieces that make up Hereditary don’t add up to anything more than a very-scary movie. Which sucks, because it really had potential.

The story centers around artist Ellen Graham (Collette), whose family and life begin to fall apart after the death of her mysterious mother. Her husband (Gabriel Byrne) is ineffectual. Peter (Alex Wolff), her son, is in the throes of high school hormones. Her daughter, Charlie (newcomer Milly Shapiro), is, at her best, distant. All Ellen wants to do is put the grief behind her—and that’s when Charlie dies in a gruesome accident caused by Peter.

For what it’s worth, the first half of Hereditary actually does live up to the hype. At the onset, the mood is restrained, tense, and beautifully shot, director Ari Aster carefully setting up much in the first few scenes including the strained family dynamic, Ellen’s career as a miniatures artist, and even the appearance of the sigil of Paimon, a deep-cut occult symbol that both Ellen and her mother wear around their necks at the funeral.

It feels deliberate, every line, shot, and image building towards something big and, like grief itself, impossibly ominous. The tiny houses that Ellen meticulously crafts evoke the beginnings of an inspired metaphor; the lies she keeps telling her husband surely lay the groundwork for a larger conflict later on; and all the gentle nudges towards things paranormal and occult feel refreshingly muted for the genre.

All of this setup, though, gets thrown out in favor of cheap horror tropes about halfway through.

When ghosts become physical presences, rather than ethereal, spectral forces, things get sloppy: tiny houses are smashed to smithereens, whole characters are set aflame, and the slow-bubbling, mourning tension Aster and company have painstakingly built up sputters as it boils over. The scares become haphazard as the occult menace of the film finally emerges. The choice of which “demon” turns out to be plaguing the family becomes arbitrary. And here’s where the character of Charlie goes from gentle and misunderstood to “fearful” simply because she’s different.

The keen aesthetic and directorial eye of Hereditary remains constant throughout, but once the “horror” really kicks in, it’s as if Aster throws every type of scare at the camera just to see what sticks. Women-in-white-dresses-crawling-on-the-walls à la J-horror? Check. Long, panning shots and silent screams that nod to The Shining? Check. Drawn-out, good old American gore? Check-check. What it all works to create is definitely a scary sequence of events, but beneath it all there’s an unintentional air of silliness, a lack of cohesion, and a sense that there are one too many ingredients in this recipe.

But where Hereditary really loses itself is in its transition from psychological terror and familial horror, to that of the occult and unknown.

On one hand, maybe occult magic just doesn’t scare like it used to. Or, perhaps, the occult has never really been scary to begin with. In the 60s and the 70s, occult films like The Devil Rides Out and The Wicker Man dominated the horror genre. They were fun times at the movies, but more often than not, campy and more than a little over-the-top. Only occasionally did forays into the world of magic produce actually scary movies, like 1968’s Rosemary’s Baby, of which Hereditary borrows from heavily.

On the other hand, where Hereditary succeeds both as a horror film and as a familial drama, is when it leans not into the fears and anxieties of the 60s and 70s, but of the current era. The Graham family exists in extreme isolation, physically and emotionally, from all of the other characters in the film. No one, save the son Peter, seems to have any friends. And even within the household, characters rarely occupy the same room together for very long. Alienation hangs heavy over the film like it does the lives of so many today, confronted with our bleak economic reality and technological indifference.

Then, there’s the question of identity and destiny. Is there a more horrifying question than “Am I doomed to repeat the mistakes of my parents?” And with the twilight of the Baby Boomers upon us, the possible inevitabilities of genetics, where the film undoubtedly gets its name, are more haunting than any house.

Hereditary trades much of this in by the end, though, in exchange for lazily chosen demons from The Key of Solomon , some cheeky nods to Aleister Crowley, and a possible hint to the Greek magical papyri. These things are fun, but they’ll hardly resonate with modern audiences, and certainly won’t strike a lasting fear into the hearts of a population already immersed in a world of inexplicable horror. It’s a good movie that could have been great, and it’s this disappointment that lingers far longer than any curse.