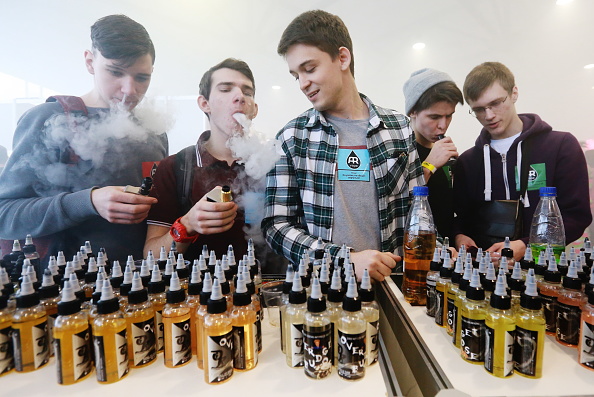 The vaping industry has been catching flak lately for marketing some of its nicotine products like candy, with federal agencies like the CDC and the FDA calling Big Vape out for trying to court teens just like Big Tobacco did before it. Meanwhile, vape use among high schoolers has snowballed into an epidemic, and educators are scrambling to find ways to keep their students from puffing on e-cigs without much luck.

Now it looks like e-cig companies are only getting more creative with their marketing strategies: According to the Associated Press, they’ve started offering college scholarships in exchange for essays about the dangers of smoking tobacco, and the benefits of ripping e-cigs instead.

“This is almost a backdoor way to get your name on a university website, and from the point of view of the student, it would look like the university is supporting this effort,” Ron Berman, assistant marketing professor at the University of Pennsylvania, told AP.

Google “vaping scholarships,” and you’ll find dozens of web pages from vape companies, blogs, and vendors hosting the essay contests, with grants ranging from $250 up to $5,000, the AP reports. Some of the writing prompts seem innocuous, like e-liquid manufacturer Vape Craft Incorporated’s contest asking admitted and enrolled college students to reflect on “someone in your life that you consider a hero,” or a time they’ve “had to deal with adversity.” Others call for kids to talk about the potential benefits of vaping pretty explicitly.

“Why do people still choose to smoke in society?” asks a prompt from SmokeTastic.com, a vape review blog offering contest winners $1,000. “What message do you have for current smokers thinking about vaping? Is vaping addiction a real concern?”

According to the AP, some scholarships require anyone who applies to be at least 18, but others don’t have an age requirement. To enter a $4,000 essay contest from e-juice company High Class Vape Co., for example, you only need to be a high school senior.

The AP reported that Big Vape’s leading advocacy group, the American Vaping Association, defended the scholarships, “saying it allows companies to boost their brand while offering college students a helping hand.” But Gregg Haifley, the associate director of federal relations for the American Cancer Society, seems to disagree.

“They’re trying to use youth as their marketing surrogates,” he told the AP. “They can gussy it up any way they want, try to put lipstick on that pig, but this is about marketing.”

The vape industry might not even need the help: Kids already think vaping is cool, and more than a third of high school students have tried e-cigs, despite the fact that they can be addictive, might cause cancer, and have given at least one teenager something called “wet lung.” But apparently they’re just too enticing to resist—especially when you can turn vaping into a full-fledged career.