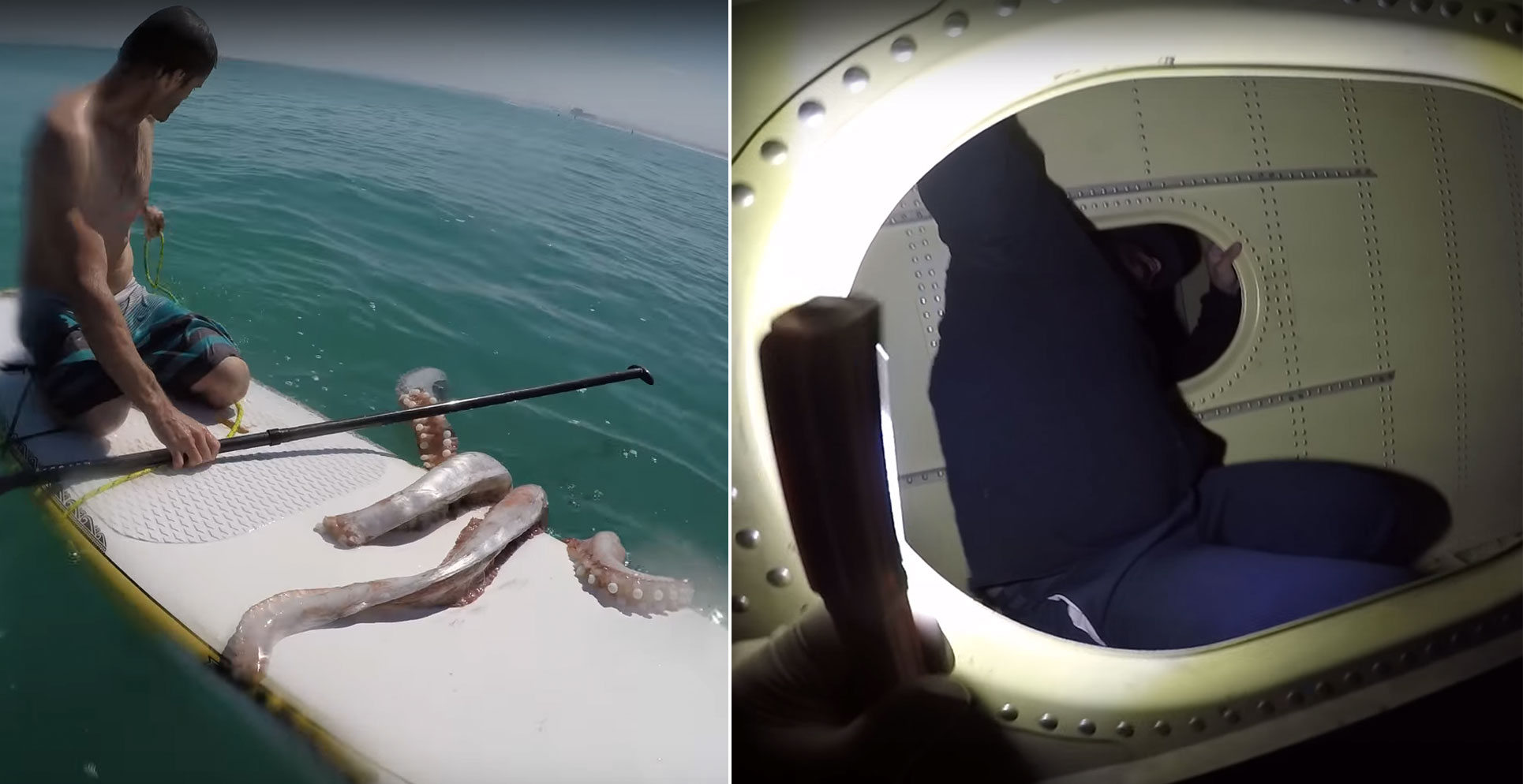 A few months ago, I wrote a story on Reddit’s r/claustrophobia—a subreddit devoted to the irrational fear of enclosed spaces, like elevators and tunnels. Its contents are designed to induce nausea, panic, and anxiety.

Shortly after its publication, someone tweeted to me, asking whether I had heard of trypophobia, or, an irrational fear of hole clusters. I hadn’t; but sure enough, a quick Reddit search revealed this sub dedicated to the “irrational fear of holes, pods, circles, or cracks, especially those found in nature.”

Out of curiosity I began looking up other phobias on Reddit, and found forums for the fear of the sea, the fear of vomiting, the fear of large things, and even the fear that somewhere, somehow, a duck is watching you. There seemed to be a subreddit dedicated to every niche phobia I could think of.

I’ve read tons of think pieces claiming that social media is terrible for your mental health, but what if these online communities are actually helping people overcoming their phobias by connecting individuals with shared experiences and providing access to resources that might aid in self-guided exposure therapy? I decided to asked a few mental health and social media experts to weigh in on my theory.

What exactly are phobias and where do they come from?

A phobia is “the fear or anxiety of a specific object or situation that results in avoidance and distress that is out of proportion to the danger the object or situation presents,” said Dr. Danielle Katz, clinical psychologist and postdoctoral fellow at Sunnybrook Hospital in Toronto.

“This fear or anxiety has to cause a clinically significant distress or impairment in order to be considered a phobia. Some people may have a fear or anxiety around a specific object or situation, but if doesn’t interfere with their daily activity or functioning, it doesn’t consist of a specific phobia,” she added. A specific phobia is the clinical term used to describe this type of anxiety disorder, which is believed to affect roughly 19 million adults. Some patients might suffer from multiple specific phobias at once.

According to Dr. Judith Laposa, psychologist and clinician scientist at Toronto’s Centre for Addiction and Mental Health (CAMH) and the University of Toronto, there are three main pathways to phobia acquisition: “The first pathway is that you have a direct traumatic experience; the second is more observational, meaning you witness someone else having a traumatic event with a particular stimulus; and the third is informational transmission, for instance, a fear that was instilled through learning about a particular subject,” she said.

How are phobias treated?

When I asked Dr. Leorra Newman, a psychologist at CBT Associates in Toronto, about the most common form of phobia treatment, she cited exposure therapy, wherein a trained mental health specialist and their client “develop what is called an ‘Exposure Hierarchy,’ for which the goal is to ultimately get the patient towards what they’re afraid of or avoiding in a gradual and systematic way.”

An Exposure Hierarchy, also called Avoidance Hierarchy, is a cognitive behavioural therapy (CBT) worksheet that is used guide patients through this process. “They might make a list of feared and avoided situations, rank them in order from least feared to most feared, and then progress through them in a deliberate and planned way that would allow the patient to practice [facing their phobia],” she explained.

The word “phobia,” however, is often misused in everyday communication. “People tend to use the word ‘phobic’ a lot in a more general way; one that isn’t the same way we use it when referring to diagnosis of a specific phobia.” Phobias differ from fear in its typical sense in that they impact one’s personal relationships and ability to perform daily essential tasks due to extreme avoidance.

Can phobia subreddits be useful in terms of exposure therapy?

Phobia treatment doesn’t always take place in a clinical setting like a doctor’s office. In fact, some people find online self-help resources to be effective for coping with phobias.

“Professional guidance for this type of treatment can definitely be helpful depending on the type and severity of the phobia,” said Dr. Newman. “But it’s not impossible for someone to take on a phobia on their own.”

For some patients, the photos and videos posted in the Reddit phobia communities can help when it comes to constructing an exposure hierarchy. “When progressing from something that elicits a milder version of your fear to the most feared/avoided situation on your hierarchy with respect to your phobia, I think there’s a place for images and videos, when people aren’t ready to approach the real thing,” she added.

Even bigger than the potential therapeutic factor, however, is the possibility of human connection in phobia subreddits—bringing together individuals with similar interests and anxieties that might not have connected otherwise. “There’s strength in numbers,” said Dr. Newman. This is particularly relevant when it comes to the debilitating symptoms phobia sufferers face.

Reddit lets users to browse, comment, and post using pseudonyms and fake identities. This anonymity factor is considerable because it means that people can share private or sensitive information in order to seek advice, information, and validation without revealing their identity.

“This allows for a whole new world of data anonymity, which enables free-flowing conversation,” said Neil Seeman, a senior fellow at Massey College, University of Toronto with an expertise in social media and mental health stigma.

According to an Amazon-owned web traffic analyzing platform, Reddit is currently the third most popular website in the United States. Even if the majority of users aren’t flocking to subreddits for their therapeutic potential, it remains true that size and specificity of these online communities is unparalleled, allowing universal connection and access to invaluable resources.

“Some people feel stigmatised and ashamed of their phobias, due to a general lack of understanding in our society. This is perhaps because phobias are highly complex and often met with derision by others,” he added.“People really want the opportunity to connect with individuals in order to talk about heavily stigmatised content.”

Seeman noted that the viral effects of Reddit are “quite profound.”

“I think that some of the comedy embedded in Reddit posts actually helps people relate to others,” he added. “[A need for] a sense of belonging is inherent in human interaction, and always has been.”