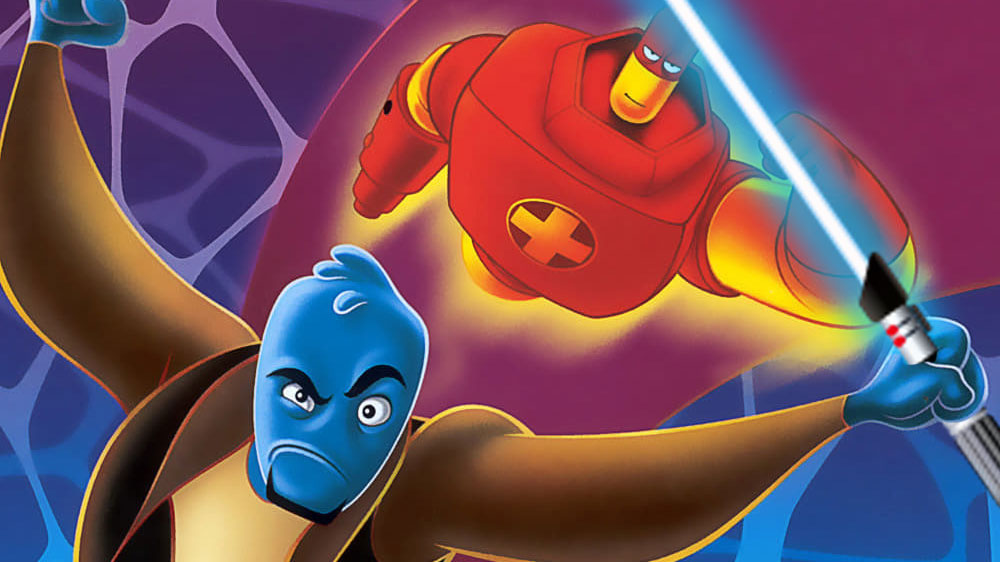 George Lucas always planned to make a shit-ton of Star Wars movies. His most enduring plan was to be a trilogy of trilogies that began with the original run, filled in backstory with the prequels, and then finished things up with another three planned films that took place after the Battle of Endor and death of the Emperor in Return of the Jedi. But when Disney bought Lucasfilm back in 2012, they scrapped the Star Wars creator’s original ideas for Episode VII, VIII, and IX, and decided to push the franchise in a different, J.J. Abrams-heavy direction.

Now, according to Slashfilm, George Lucas has finally revealed some details about his lost Star Wars trilogy—and it sounds like Disney made the right call.

“[The next three Star Wars films] were going to get into a microbiotic world,” Lucas told director James Cameron, during an interview published in a recent book about James Cameron’s Story of Science Fiction. “But there’s this world of creatures that operate different than we do. I call them the Whills. And the Whills are the ones who actually control the universe. They feed off the Force.”

Lucas then went on to connect the idea of the Whills—which, Slashfilm points out, have been around since the earliest Star Wars drafts—into everyone’s favourite part of the prequels: midi-chlorians, the sentient microorganisms that give Jedi their Force power or something.

“Back in the day, I used to say ultimately what this means is we were just cars, vehicles, for the Whills to travel around in,” Lucas went on. “We’re vessels for them. And the conduit is the midi-chlorians. The midi-chlorians are the ones that communicate with the Whills. The Whills, in a general sense, they are the Force.”

Humans as vehicles for a bunch of microscopic beings? A bunch of different tiny creatures interacting at a cellular level? A peek inside this microbiotic world? That would’ve been very new territory for the Star Wars universe, but it sounds a lot like something else—2001’s greatest film about white blood cell cops and the perils of the ten-second rule, Osmosis Jones.

And sure, a version of Osmosis Jones with Jedi—hopefully taking place inside the body of Bill Murray—would’ve been great, since Osmosis Jones is a dumb and delightful film that deserves praise and appreciation, but Lucas’s version would’ve likely been as stiff and lifeless as the prequels. Instead, we wound up with The Force Awakens, The Last Jedi, and a seemingly endless stream of spinoffs—and that’s probably a good thing, regardless of how butthurt you were about Rian Johnson.

Solo and Disney’s upcoming Boba Fett movie may dive too deep into the backgrounds of characters who were cool because of the mystery, but at least they aren’t trying to completely decimate the magic of the Force by over-explaining the science behind how a man in a tunic can move stuff with his mind. George Lucas told Cameron that he is bummed he “never got to tell people” about the Whills or whatever, but we’re probably better off without it.