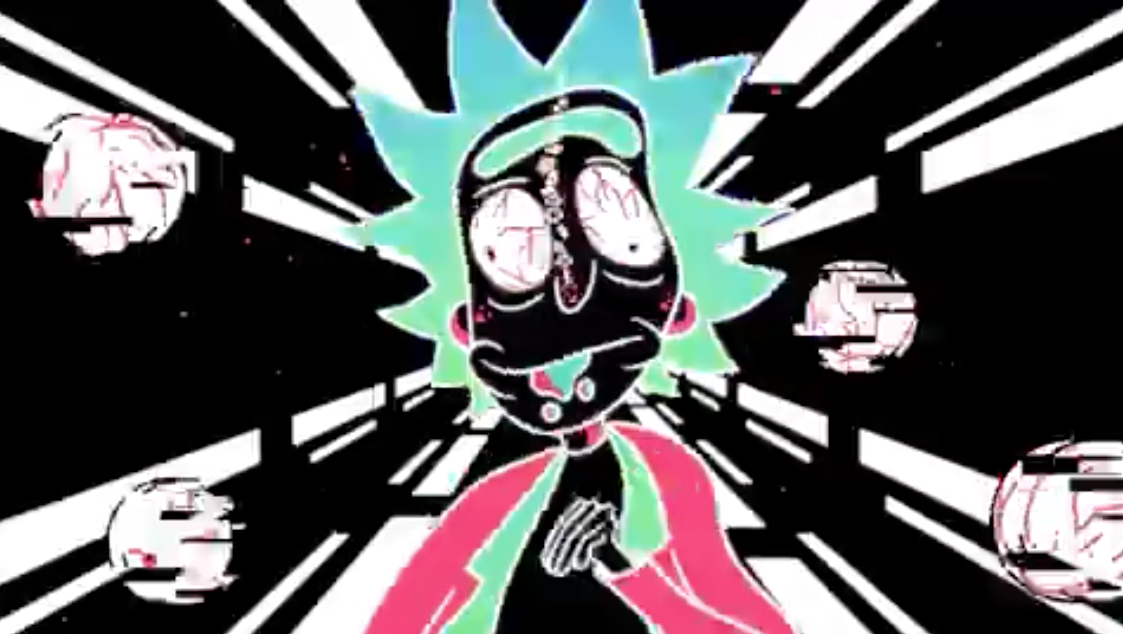 On Wednesday, we were gifted a brand-new, shroom-inspired Rick and Morty clip, posted on the show’s official social media accounts. But the trippy visuals aren’t what’s sending the show’s rabid fan base into a frenzy. The psychedelic clip, posted with the caption “this has no secret message,” naturally sent Rick and Morty fans into pandemonium, scouring the clip to see if they could find one.

Finding secret messages hidden throughout the show is basically a sport in the Rick and Morty community. The season three finale famously embedded tiny references to the JFK assassination, Tupac’s murder conspiracy, and the so-called moon landing hoax. That episode with the Truth Tortoise held a bit of audio that, when reversed, clearly refers to the famous Beatles conspiracy “Paul is dead.” It really wouldn’t be out of the realm of possibility that co-creators Dan Harmon and Justin Roiland would stick a secret message in the clip, so some fans are giving this apparent troll the benefit of the doubt.

Redditor GodlikeFake posted to the Rick and Morty forum: “High pitched voice says ‘Watch June 30’ or ‘Don’t change the channel’ At the end.” It does sort of sound like something is being said, but when the audio is slowed down, sped up, and reversed in Audacity, it’s not much more intelligible. Other conspiracies are more out there. Some have suggested viewers count the bananas and hotdogs in the clip to calculate the long-awaited season four airdate. Still more see it as more evidence toward the popular theory that Morty and Rick are the same person.

More likely, Adult Swim is using the acid-trip promo to dunk on its conspiracy-minded fans and drum up some more excitement for the show—as if the promise of 70 more episodes wasn’t exciting enough.