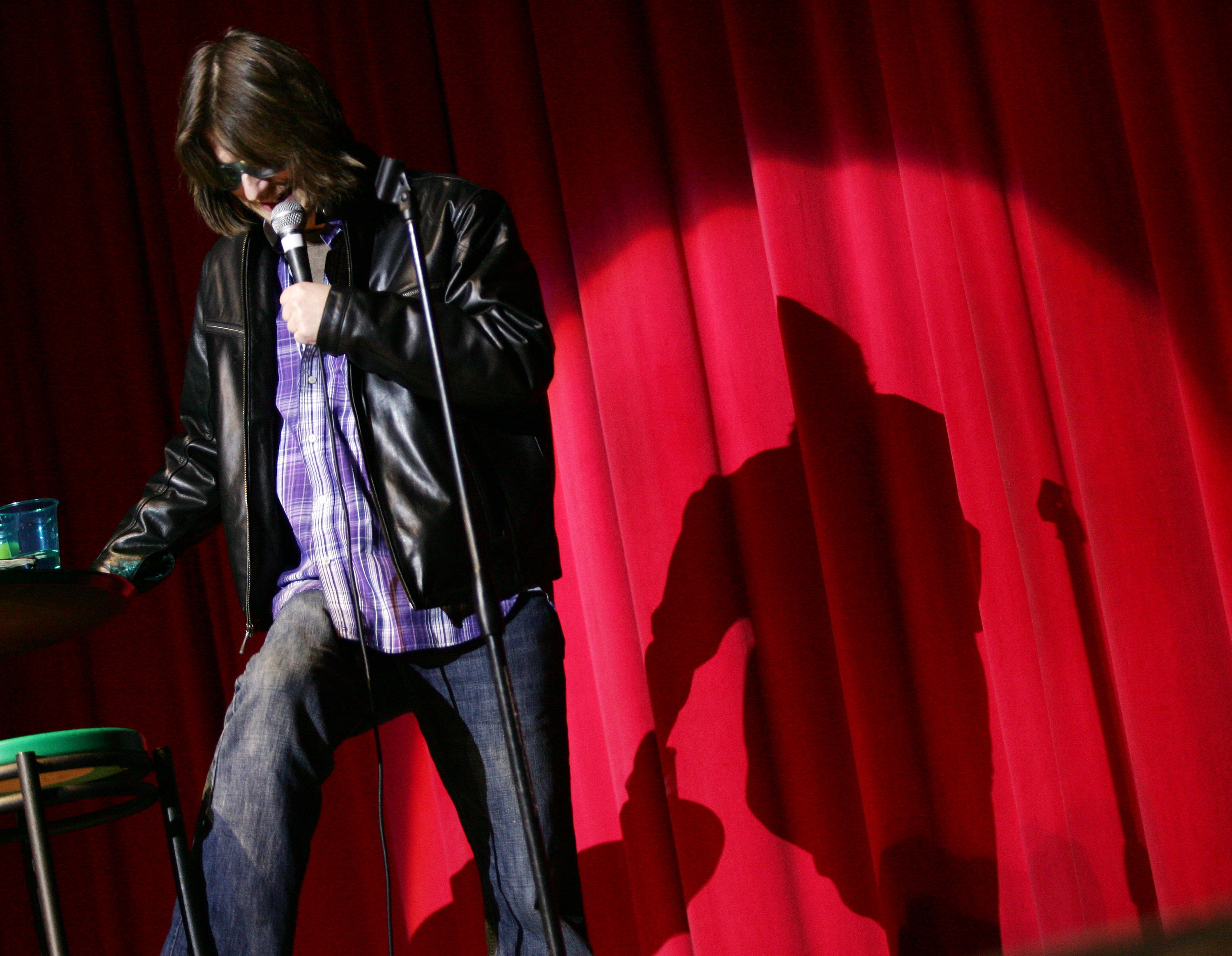 Mitch Hedberg was, without a doubt, one of the best and funniest weirdos to ever hold a mic. The comedian sadly passed away from an accidental drug overdose in 2005 at the age of 37, leaving behind a relatively slim body of work—his trio of comedy albums are stone-cold classics and his comedy specials are, too, but if you want anything more than that, you’ll have to wade through a sea of low-quality clips on YouTube to get your Hedberg fix. According to Hedberg’s widow, though, that might all be about to change.

Lynn Shawcroft, Hedberg’s widow, wrote a guest column for the Hollywood Reporter looking back at the comedian’s legacy. In it, she said that she has a bunch of never-before-seen Hedberg material in her personal archive—and that it may finally be time to release it.

“Mitch was constantly jotting ideas onto paper,” Shawcroft wrote. “I have boxes and boxes of his notebooks, envelopes stuffed with hotel pads and scribbled-on napkins. I even found an airplane barf bag covered with notes.”

Shawcroft previously let GQ publish a few selections from Hedberg’s old notebooks, which were all pretty incredible to sift through, but it sounds like she’s been hanging onto more than just the comedian’s jotted-down notes.

“When he wasn’t writing, he was talking into a microcassette recorder, so I also have boxes of microtapes of him practicing and perfecting his material—material that’s never been heard,” she continued. “And then there’s the footage. Mitch and I shot four of his shows on 16mm. That’s enough for a brand-new concert film. And there’s other film Mitch shot himself, with his voiceover. Enough for a documentary. A documentary that he could narrate himself!”

Pieces of Shawcroft’s archival footage were turned into a fascinating but all-too-brief Modern Comedian episode back in 2012, but that’s nothing compared to the possibility of a full documentary narrated by the late comedian—the idea sounds a lot like Soderbergh’s documentary on Spalding Gray, another brilliant monologuist who bore his soul on stage and died before his time.

“I kept all the film and tapes and notes in three big iron safes in a cabin we had in the mountains,” Shawcroft went on. “But about eight months ago, I took it all out of the safes and brought it back to LA. I found an office in a production company and I’ve been digitizing everything ever since.”

Shawcroft doesn’t specify when exactly we’ll be blessed with more Mitch Hedberg material, but she did promise that it’s on its way “soon.” In the meantime, go listen to Mitch All Together again and take comfort in that fact that the world hasn’t seen the last of Hedberg.