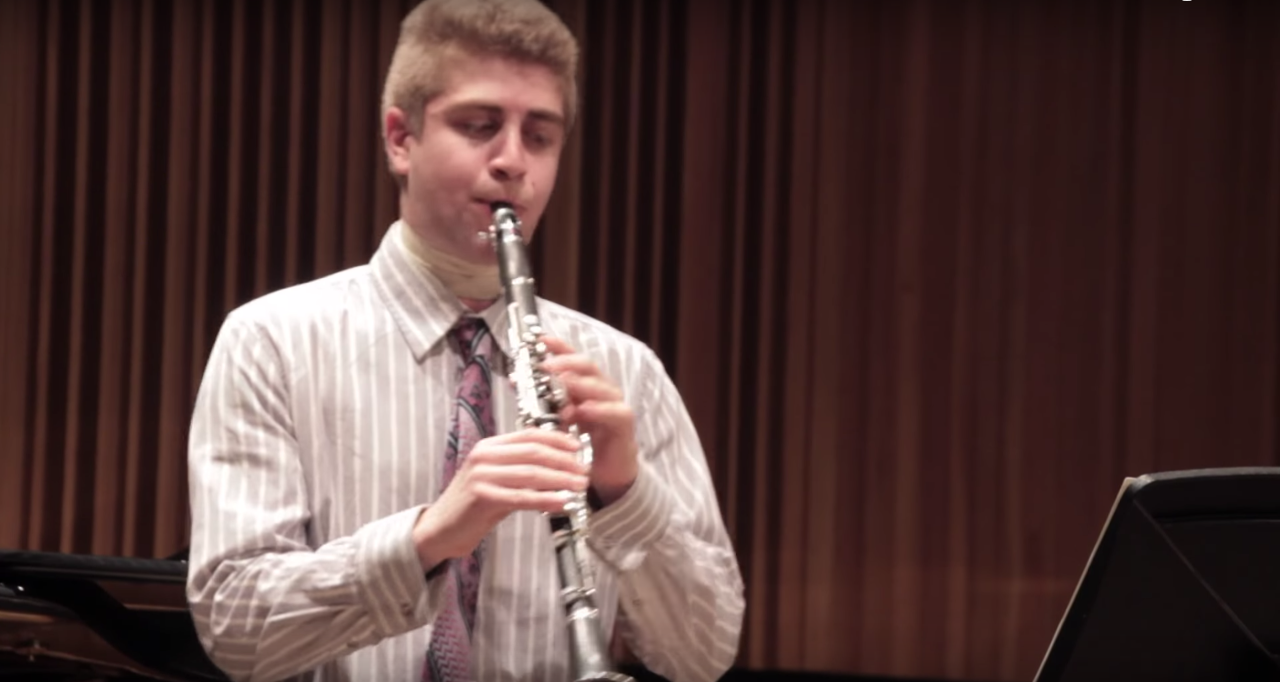 A Canadian court has ordered a woman to pay her ex-boyfriend $375,000 in compensation after she sabotaged his career by faking a rejection letter from a prestigious music program.

The woman, Jennifer Jooyeon Lee, of Ontario, met the man whose career she messed with, Eric Abramovitz, while they were studying at McGill University’s Schulich School of Music in Montreal, according to the June 13 court decision, first reported on by the Montreal Gazette.

According to the complaint, Abramovitz’s former girlfriend sabotaged his career so he wouldn’t move away.

The two began dating in the fall of 2013. By the winter, Abramovitz had applied for a coveted spot studying with famed professor of clarinet Yehuda Gilad at Colburn School, University of Southern California in Los Angeles. Abramovitz, from Quebec, had been playing clarinet since the age of seven, had won a number of awards, and played a solo with a top symphony orchestra in Quebec, according to the Washington Post.

He auditioned in February 2014 to study with Gilad. He expected to receive a response in the months following.

He never did get that response, at least not the genuine one. Lee did. She had access to his computer, got into his email, and found the acceptance letter. She responded to it from his email pretending to be him, turning down the offer by claiming he would be “elsewhere.” Then, she deleted it.

After this act, Lee created an email she used to pose as the professor who her boyfriend had applied to study with, giladyehuda09@gmail.com. She then sent an email to Abramovitz telling him that he had been rejected from the program.

Abramovitz was fooled by his girlfriend’s plot. As such, his career was altered. He stayed in Montreal to complete his studies at McGill.

The $375,000 Lee has been ordered to pay her ex result from “loss of educational opportunity and loss of income caused by redirection of Mr. Abramovitz’s career resulting from Ms. Lee’s wrongful conduct,” Judge David Corbett of Ontario Superior Court wrote in his decision.

“It is difficult to quantify such a loss… Imagining how his life would have been different if he had studied for two years under Mr. Gilad, and earned his teacher’s respect and support, requires more speculation than the law permits,” the judge wrote.

In September 2014, Abramovitz and Lee’s relationship ended—apparently unrelated to the aforementioned deceit.

After their breakup, Abramovitz learned of the plot to sabotage his studies when he reapplied to study with Gilad. When a confusing conversation ensued about who had rejected whom, Abramovitz forwarded Gilad the faux rejection email. The professor replied, “I’ve never seen that in my life,” the National Post reports.

“That’s when I knew that something underhanded was afoot,” Abramovitz said. He was able to get access to the fake email account because he knew one of his ex’s passwords. When he entered it, he was able to login and see that her phone number and regular email account were linked to the faux account.

Lee did not appear at the court proceeding that led up to the judgment. Her ex said she has blocked him on social media.

“One hears, particularly in the arts, of the ‘big breaks’ that can launch a promising artist to a stratospheric career. I cannot speculate as to how high and how quickly Mr. Abramovitz’s career might have soared, but for the interference by Ms. Lee,” the judge wrote in the decision. “But the law does recognize that the loss of a chance is a very real and compensable loss.”

Abramovitz is not certain he will ever collect on his judgment from his ex. But he definitely won the breakup.