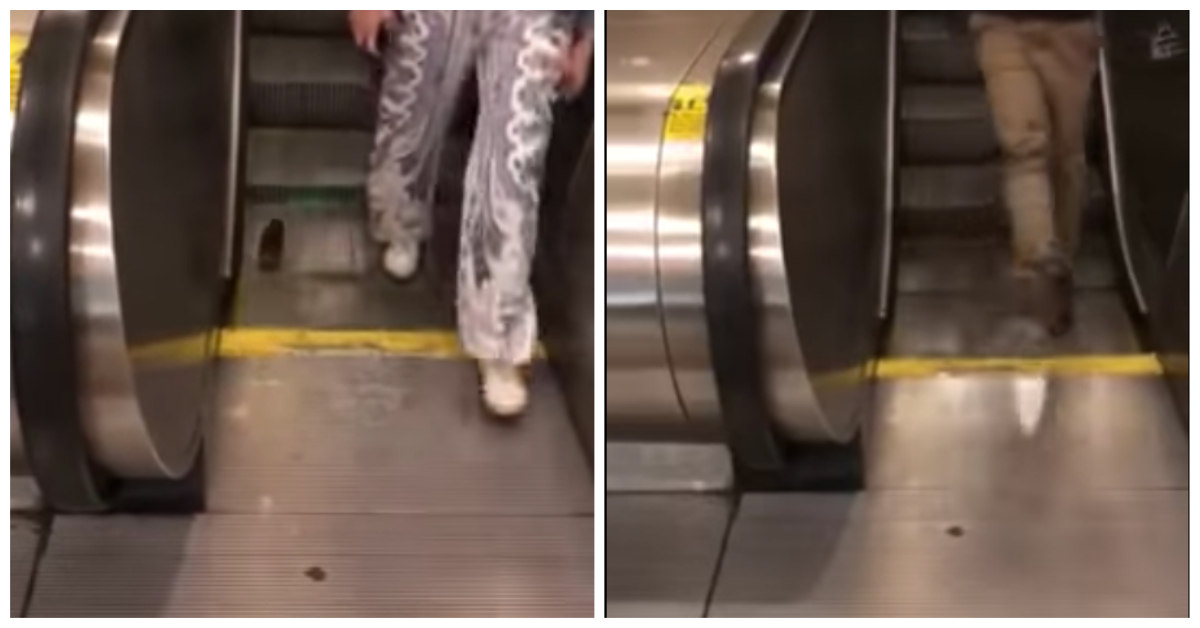 It’s that time again, everybody. Summer officially starts on June 21, meaning that we’ll soon have to peel away our protective layers of clothing and expose a winter’s worth of pale and flabby flesh to the world. But while the rest of us sit around dreaming about the idea of going to the gym before beach season is fully here, one noble rodent in the New York subway system has taken it upon himself to actually try to get into some last-minute shape.

The rat in question was caught on camera doing stairs on an escalator at Grand Central Station last Friday, Gothamist reports, presumably trying to work off all those donuts and dollar slices and big bags of trash. In the 16-second video, it looks like the little guy was keeping a pretty solid pace as it ran up the down escalator, shedding all those tiny rat calories and honing his sweet, sweet summer rodent beach bod.

How a rat at Grand Central might make it to the beach is another question, since he’d have to slip onto the 4 or 5 trains and then transfer to the A train or something, which seems like a pretty long journey for any rodent that doesn’t have the luxury of wheels. But you have to admire the guy’s dedication regardless. The steady stream of commuters kindly (or terrifyingly) avoids interrupting the animal while he’s in the zone, most of them eager to hop over him and be on their way—at least for a while. At the end of the video, a faceless escalator rider decides to take matters in his own hands and up and kicks the rat off the escalator, sending the rodent scurrying off in shame.

Was the unknown man trying to break the rat from the shackles of his seemingly Sisyphean race up the wrong escalator? Did he think he was saving other commuters from confronting the tiny pest? Or was he just another frustrated, out-of-shape dude, thrown into rage at the sight of a tiny rat rubbing his face in the fact that he can count his 2018 Crunch visits on one hand?

The world may never know his true motives. But at least we can rest assured that the rat lives on to work out another day. The guy who shot the video, Andrew Chen, told Gothamist that the rat shook off the kick pretty fast and zipped over to Grand Central’s Magnolia Bakery store, probably to treat himself to a nice cupcake after all that cardio.

Godspeed, Escalator Rat. Someday soon we shall look down into the subway tracks and see your chiseled rodent abs staring back. You are the 2018 fitness icon we need right now.