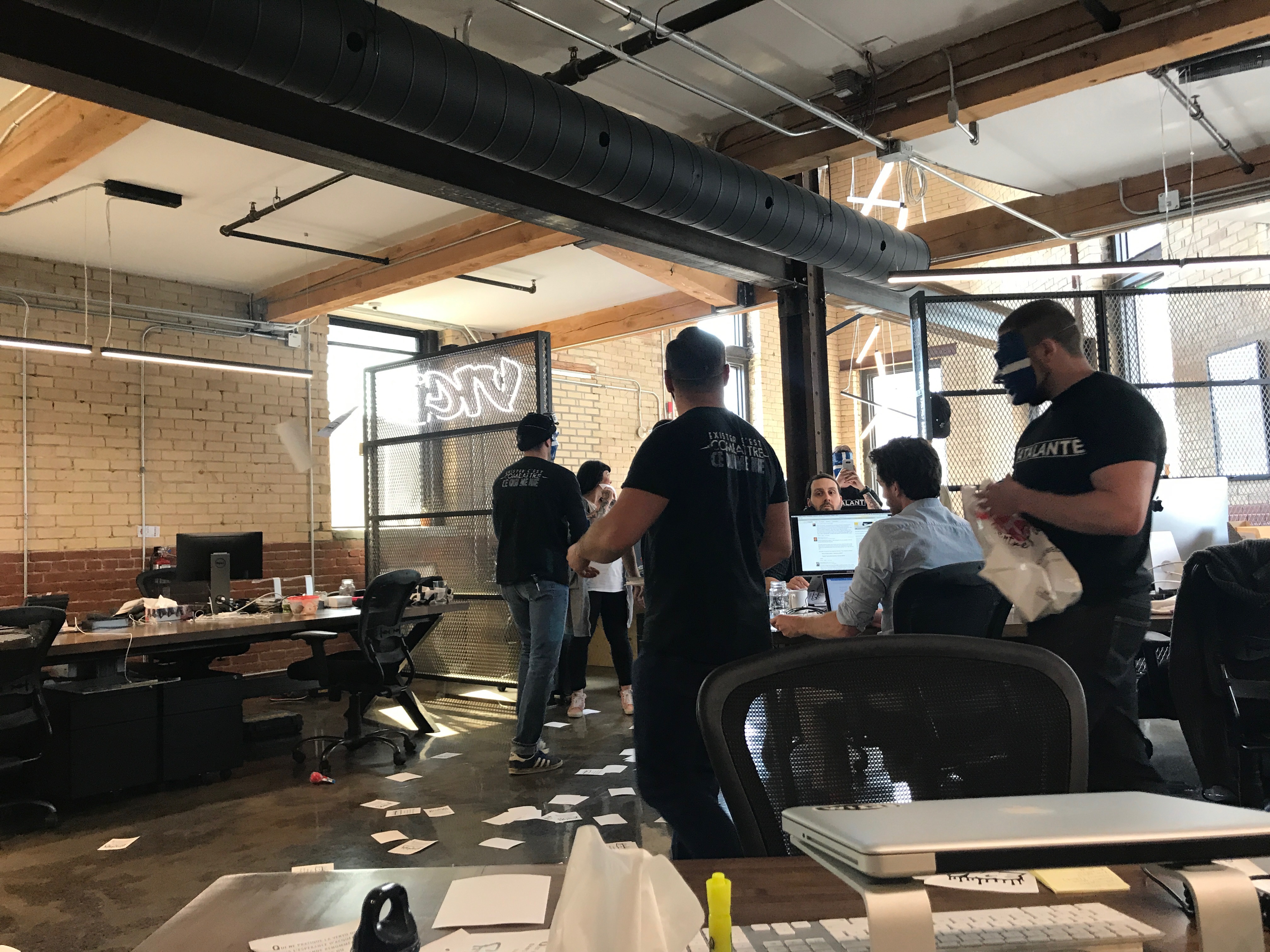 The leader of the far-right group Atalante was arrested yesterday at his home in Quebec City, in connection with the intrusion into VICE’s Montreal office last month .

Raphaël Lévesque, known as Raf Stomper, was released on a promise to appear on August 16 in Montreal. He will then be formally charged with breaking and entering, mischief, intimidation and criminal harassment.

The arrest was made at the request of the Montreal Police Service (SPVM).

The SPVM confirms that there are seven other suspects in this case, and that there may be more arrests. No other arrest warrants have been issued yet and the investigation is still open.

Fewer than a dozen members of Atalante, a neo-fascist group based in Quebec City, burst into the offices of VICE in Montreal on May 23 in an attempt intimidate its journalists.

Upon entering the VICE offices, they offered flowers to the employee who opened the door. They then threw leaflets and clown noses all over the floor. The group went up to journalist Simon Coutu to offer him a trophy bearing the inscription “VICE Garbage Media 2018.”

The group was reacting to an article published the week before , about the growing presence of Atalanta in Montreal, and its links with another far-right group, the Soldiers of Odin.