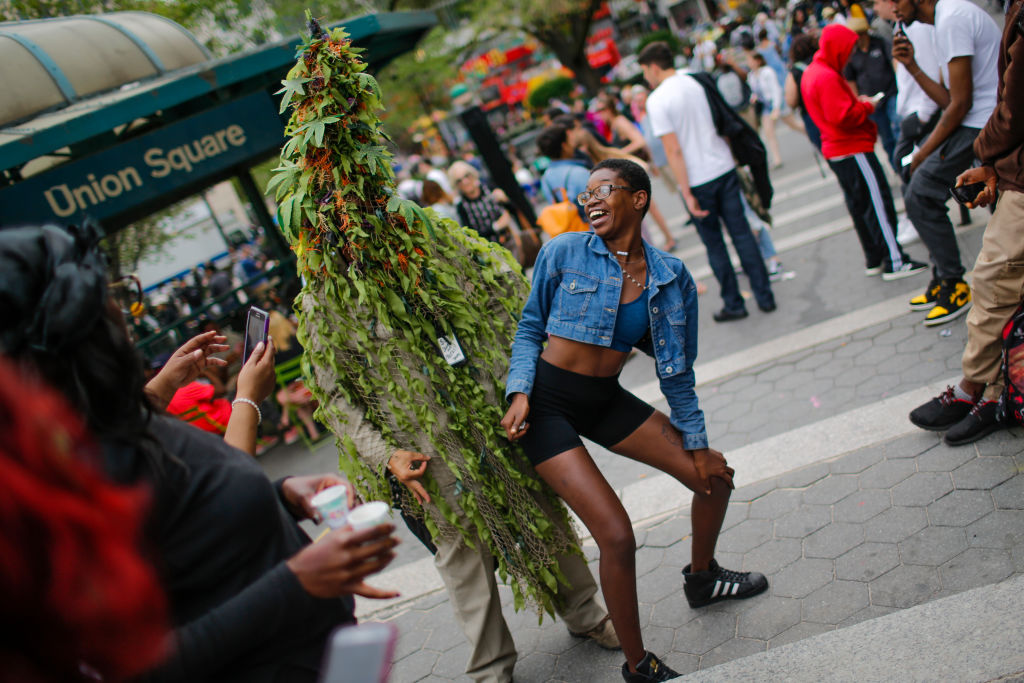 New York is closer than ever to legalizing weed. With governor Andrew Cuomo seemingly warming up to the idea of legalizing pot, New York City mayor Bill de Blasio unveiled a major step toward a more weed-friendly NYC: Starting September 1, most residents who wind up smoking pot in public won’t be arrested.

The mayor made the announcement on Tuesday, 30 days after ordering the NYPD to review how it enforces marijuana laws around the city. Now, most residents who decide to smoke in public will only have to worry about paying up to a $100 fine, similar to how the city deals with drinking in public. But the new policy doesn’t apply to everyone. City residents who get caught smoking and have open warrants, are on parole or probation, have recently been arrested for violent crimes, or don’t have ID could still get cuffed. Plus, if an officer thinks someone is putting the public in danger—say, by lighting up behind the wheel, or while riding public transit—they can still be arrested.

The announcement comes about a month after a New York Times investigation found that the city’s black residents are arrested on low-level marijuana charges at eight times the rate of their white counterparts. And while cutting down on the number of arrests should help with that problem, civil liberties advocates say it’s still not doing enough—arguing that to see real change, we need to do as Cynthia Nixon says, and just straight-up legalize weed.

“Substituting summonses for arrests is certainly an improvement, but not nearly enough,” Donna Lieberman, executive director of the New York Civil Liberties Union, told the Daily News. “For New York to achieve common sense criminal justice and public health policies, we need to legalize marijuana at the state level.”

Stipulations aside, it’s great news for folks who won’t have to worry so much next time they decide to light up a doobie at the Rockaways or whatever. According to de Blasio, the new policy should cut the number of weed-related arrests citywide by about 10,000 per year. In a city home to roughly 17,500 weed-related arrests last year, that’s pretty huge.