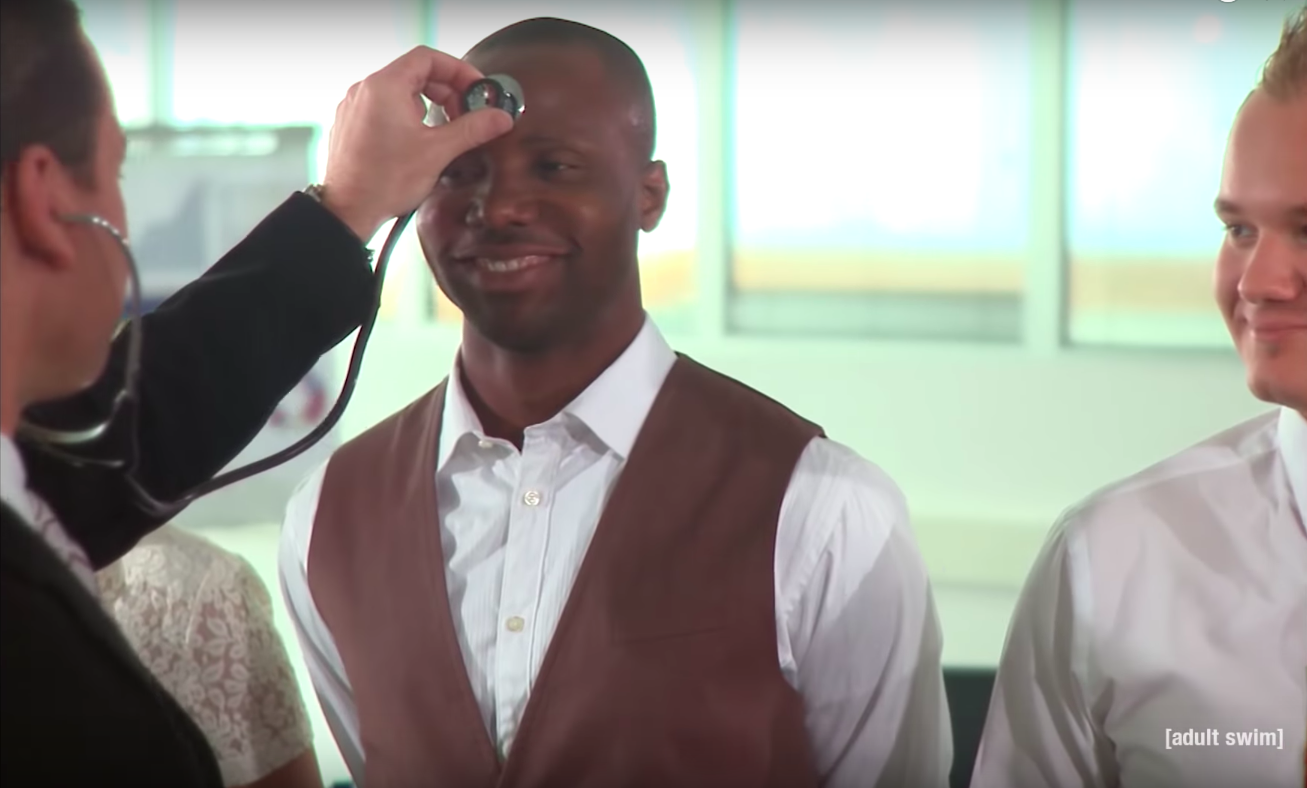 The success of a stock image relies on its ability to be an empty vessel, to be easily adaptable to any situation, like a modern-day example of the Kuleshov effect. The fact that they’re purposefully void of meaning always winds up making them feel somewhat sinister. Why is that woman enjoying her salad so much? Why does this older gentleman’s smile seem so pained? Is this guy about to electrocute himself—OK, that one is legitimately troubling.

But really, nothing is as dark and disquieting as the corporate office stock photos. Take an underpaid actor, dress him in a suit, make him pose in a sanitized conference room set while pretending to give a presentation, and the results are almost always terrifying. This week, Adult Swim capitalized on that terror by releasing a series of shorts called SUCCE$$ made of spliced-together office stock footage—and the videos are, unsurprisingly, really fucking creepy.

Just check out this one called “Public Speaking,” where a sweaty man struggles to address a room of smiling, clapping, entirely soulless faces.

As AV Club points out, the shorts were made by comedian Ryan Mazer, who apparently also understands and appreciates the ghastly vacuousness of a good stock image. Mazer confirmed to the site that the videos are made almost completely of repurposed stock videos, meaning that, yes, someone out there thought that it would be a good idea to shoot stock footage of a businessman with a balloon head for some reason.

The videos are probably the most disturbing thing Adult Swim has created since 2016’s This House Has People in It, a short that felt like some kind of horrible, K-hole version of Paranormal Activity. Here’s another, which starts with a job interview and ends with a depressing reminder of our own frail mortality.

Give the videos a watch while you pretend to work at your desk today and try to remember the exact moment you gave up on your dreams and agreed to spend the rest of adulthood slowly dying behind a computer screen in exchange for a meager wage.

Have a wonderful summer, everybody!