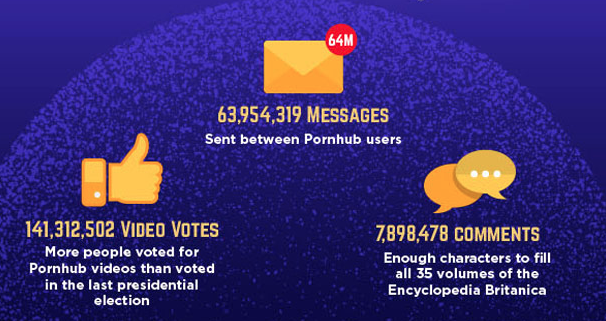 While the company was founded in Montreal, Canada isn’t its biggest traffic driver. Our home and native land only came fifth in terms of traffic, being beaten by the United States, the United Kingdom, India, and Japan, in that order. Worldwide the website was visited 3.3 billion times in 2018—goddamn we as a species love to masturbate—which equals out to 962 searches per second. Over 115 million hours of video was uploaded in the last year, this is a stat that the kind PR people at Pornhub inexplicably explained by saying, “if you started watching 2018’s videos after the Wright brother’s first flight, you would still be watching today!”