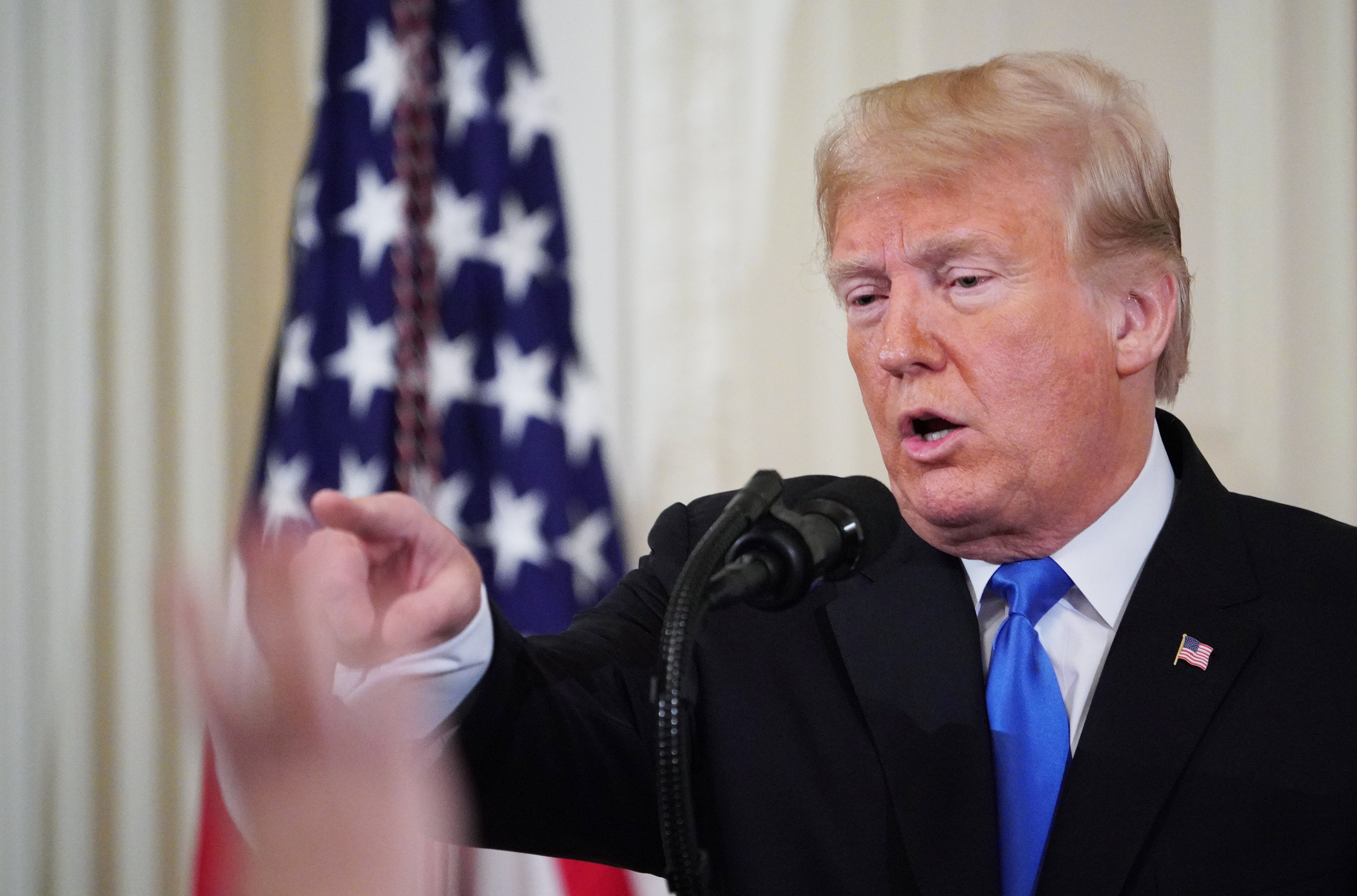 WASHINGTON, United States – President Donald Trump warned that the partial shutdown of the US government, which entered its 12th day on Wednesday, could last a “long time” as he stood firm in his demand for billions of dollars in funding for a border wall with Mexico.

One day before Democrats take over control of the House of Representatives, Trump showed no signs of backing away from his insistence on $5.6 billion for his “beautiful” southern wall.

“This is national security we’re talking about,” he said at a cabinet meeting ahead of talks at the White House with top Democratic and Republican lawmakers.

“It’s too important a subject to walk away from,” the president said, adding that he was prepared to hold out “as long as it takes” to secure the money he is seeking from Congress.

“I think the people of this country think I am right,” Trump said, and it “could be a long time” before the government reopens.

Trump is set to hold talks with top Democratic lawmakers Nancy Pelosi and Chuck Schumer in a bid to break the impasse.

It will be Trump’s first meeting with Pelosi, who will take over as speaker of the House on Thursday, and Schumer, the Senate minority leader, since an acrimonious Oval Office meeting with the pair on December 11.

Democrats say the border wall, one of Trump’s key campaign promises, is a distraction from more complicated immigration problems and a tool for Trump to whip up support among his conservative base.

The standoff resulted in swaths of the federal government being shut down over the Christmas and New Year holidays — and for the foreseeable future until a deal is reached.

Romney hits out at Trump

Amid the stalemate over the wall, Trump shelved his annual Christmas vacation in Florida, choosing to remain in Washington and fire off a stream of angry — and often misleading — tweets.

“Much of the Wall has already been renovated or built,” he asserted on Wednesday along with the dubious claim that Mexico would pay for the wall through the new trade deal negotiated between the two countries.

“President Trump made a serious, good faith offer to Democrats to open the government, address the crisis at our border, and protect all Americans,” Sanders said.

She described a plan put forward by Pelosi as a “non-starter because it does not fund our homeland security or keep American families safe from human trafficking, drugs, and crime.”

Pelosi is proposing a budget that would fund most government agencies through September 30 with the exception of the Department of Homeland Security, which oversees border security and would only receive funding through February 8.

Republicans lost 40 seats and their majority in the House in the November midterm elections but they retained control of the Senate.

Sixty votes, however, are needed to advance legislation in the Senate, requiring Democratic support.

Republican Representative Steve Scalise called on Democrats on Wednesday to come to an agreement and accused them of “playing games with the safety of our country.”

“The time for political games is over,” Scalise said in an opinion piece for Fox News. “Lives are at stake.”

Republican Mitch McConnell, the Senate majority leader, has said he will only schedule a vote on a deal that has the support of both the House and Trump.

Adding to the uncertainty in Washington, an incoming senator, former Republican presidential candidate Mitt Romney, lashed out at Trump on Tuesday in an opinion piece in The Washington Post.

“Trump’s words and actions have caused dismay around the world,” wrote Romney, who was elected to the Senate in November from his home state of Utah.

“I do not intend to comment on every tweet or fault,” Romney said. “But I will speak out against significant statements or actions that are divisive, racist, sexist, anti-immigrant, dishonest or destructive to democratic institutions.”

Asked about Romney’s comments, Trump expressed surprise on Wednesday and said he hoped the Republican senator would prove to be a “team player.” /cbb