Near the sprawling Bois de Boulogne public park in western Paris, a white van belonging to a trans sex worker has been completely wrecked. The bed is torn apart, the bumpers shattered and trash dumped on the ground around the vehicle. “This really pisses me off,” fumes Samantha as she surveys the damage to the van.

Samantha is a sex worker and employee of the Bus des Femmes – an organisation that works to provide sex workers in the area with a range of welfare services. She considers herself an expert on the Bois de Boulogne – where, in April of 2018, trans sex worker Vanessa Campos, 36, was killed while trying to protect a colleague from being robbed.

“You’re looking at a kind of intersectionality with these girls; the combined stigmas of being trans, a sex worker and an immigrant,” Françoise Gill, the president of Bus de femmes, later explains to me.

Samantha is on her weekly rounds to check in on the area’s sex worker community – a group that has felt considerably less safe since the French government introduced a €1,500 (£1,350) fine in 2016 for anyone caught paying for sex. Even though prostitution is legal in France, the fine was partly intended as a deterrent. But instead of working as planned, clients now regularly ask the women for sex in secluded areas to avoid the police. In a Médecins du Monde survey conducted with nearly 600 sex workers in France, 63 percent said they have seen their working conditions deteriorate, while 42 percent said they have experienced more violence since the law change. 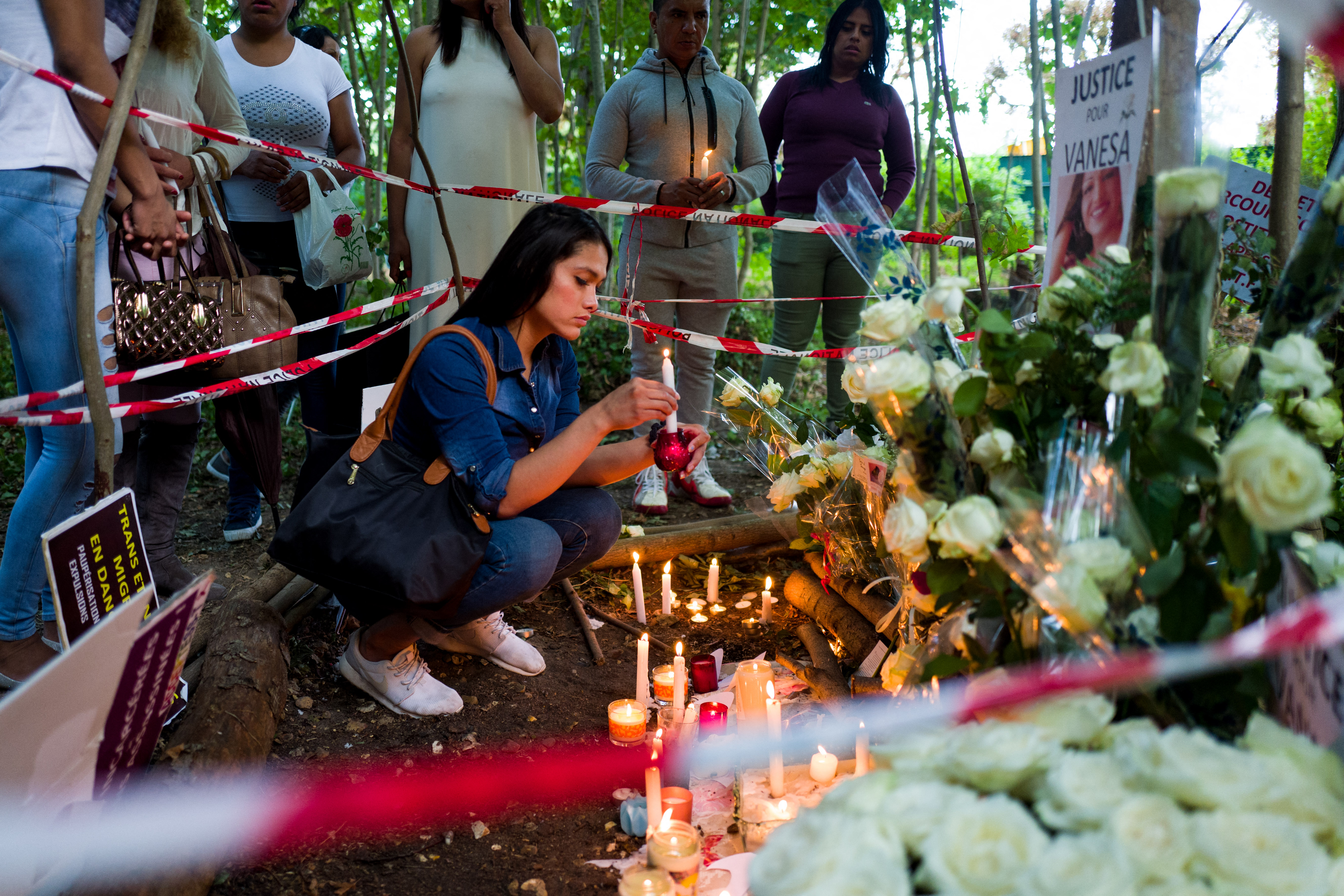 A tribute has been set up in memory of Vanesa Campos.

In spite of the death of Vanesa Campos, and the media’s focus on several similar attacks since, authorities are still not taking the problem very seriously. The measures they have set up to help each other – welfare associations, self-defence classes – are not enough in the face of a deeply flawed law. “The women can’t even work together; they can be arrested for sharing a truck,” Françoise Gill adds.

Médecins du Monde is currently developing an app designed to protect sex workers, which should go live in June of 2019. Accessible in seven languages, it will allow the women to send alerts to each other, and in the event of a problem share their location.

“The aim is to improve the way information is shared,” says Sarah-Marie Maffesoli. “So that the workers can finally keep one step ahead of their attackers.”