A version of this article originally appeared on VICE France in November 2018.

The 50-something taxi driver is parked in the rubble of buildings destroyed by airstrikes from the international anti-ISIS coalition. “Speak up, please—I can’t hear you,” he implores with a grimace. He’s a driver in the streets of Mosul, once a stronghold of the jihadist organization in Iraq, and he’s handicapped.

Like him, thousands of Iraqis lost their hearing between 2014 and 2017 from the bombs that rained down on Mosul to free the city from ISIS’ stranglehold (during which time more than 9,000 civilians died). Over time, some will recover a certain amount of their hearing; others never will, their hearing nerves now ripped apart by the sounds of war. “I’ve seen more people than I can count bleeding from their ears after their houses got bombed,” recalls Saif Saadaldean, 34, a nurse who led a makeshift urgent care clinic during Mosul’s liberation. “There wasn’t any decent medicine available, so we just put cotton in their ears for treatment.” 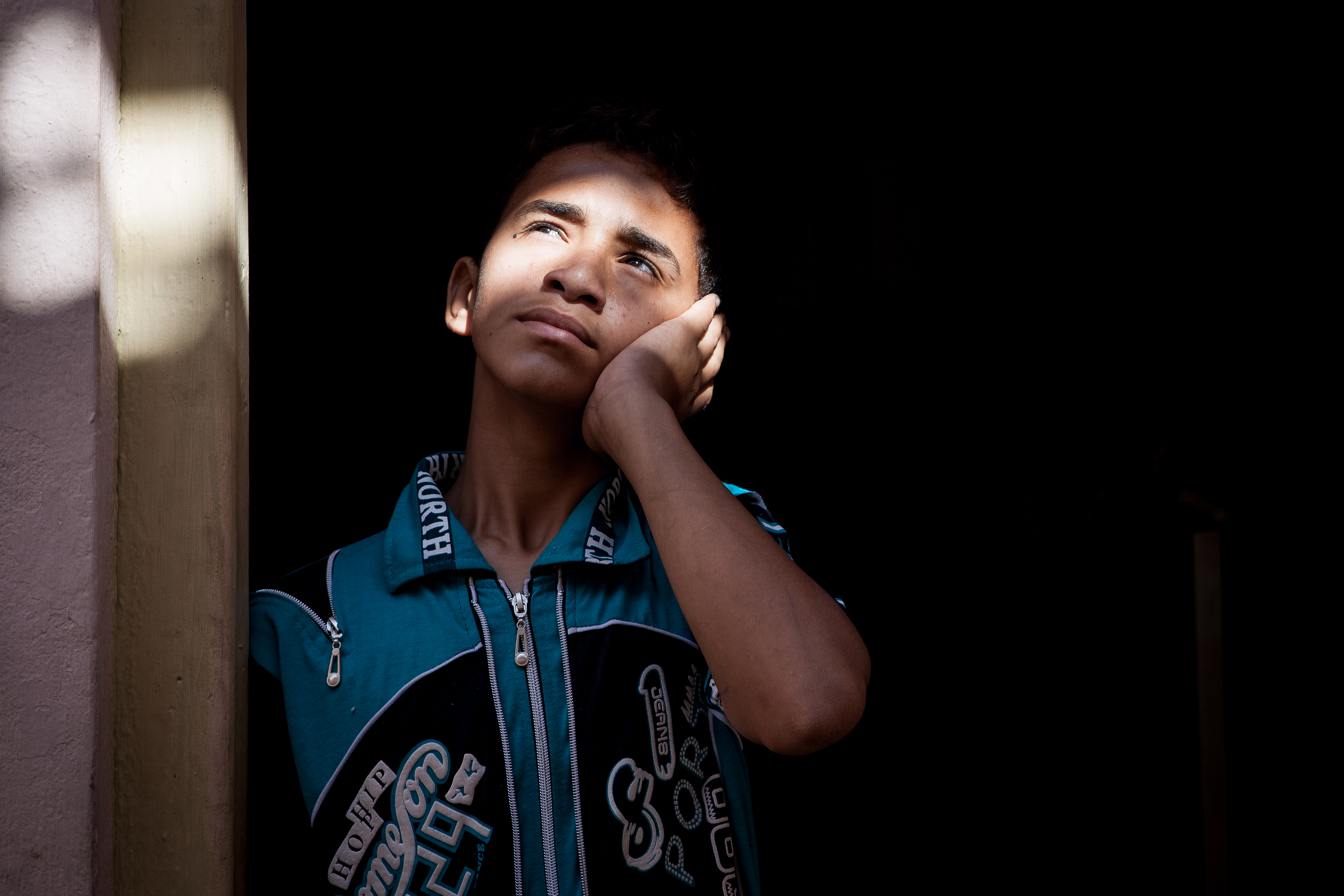 Aqeel Qais Saadaldean, 13, has been 60 percent deaf in both ears since his home was destroyed by an airstrike in 2017, in Mosul, Iraq.

Standing at his mother’s side, Saadaldean is suffering. Though his family speaks loudly so he can understand, he still doesn’t hear them well. “I’m uncomfortable,” he explains. “Other kids make fun of my handicap and call me ‘the boy without ears.’” To help Saadaldean, his uncle gave him a hearing aid, purchased for barely $35 USD at a pharmacy. But the device was of mediocre quality; it made a constant buzzing sound and Saadaldean finally had to take it out.

Struggling to feed themselves on an income of $115 USD per month, the family doesn’t have enough money to go to a private doctor. Furthermore, “the public hospital doesn’t offer treatment or medicine—just appointments without a follow-up,” laments Saadaldean’s mother. As he waits for treatment, Saadaldean dreams of one day becoming a doctor himself, so he can help the country get back on its feet—physically and psychologically—in the post-ISIS era.