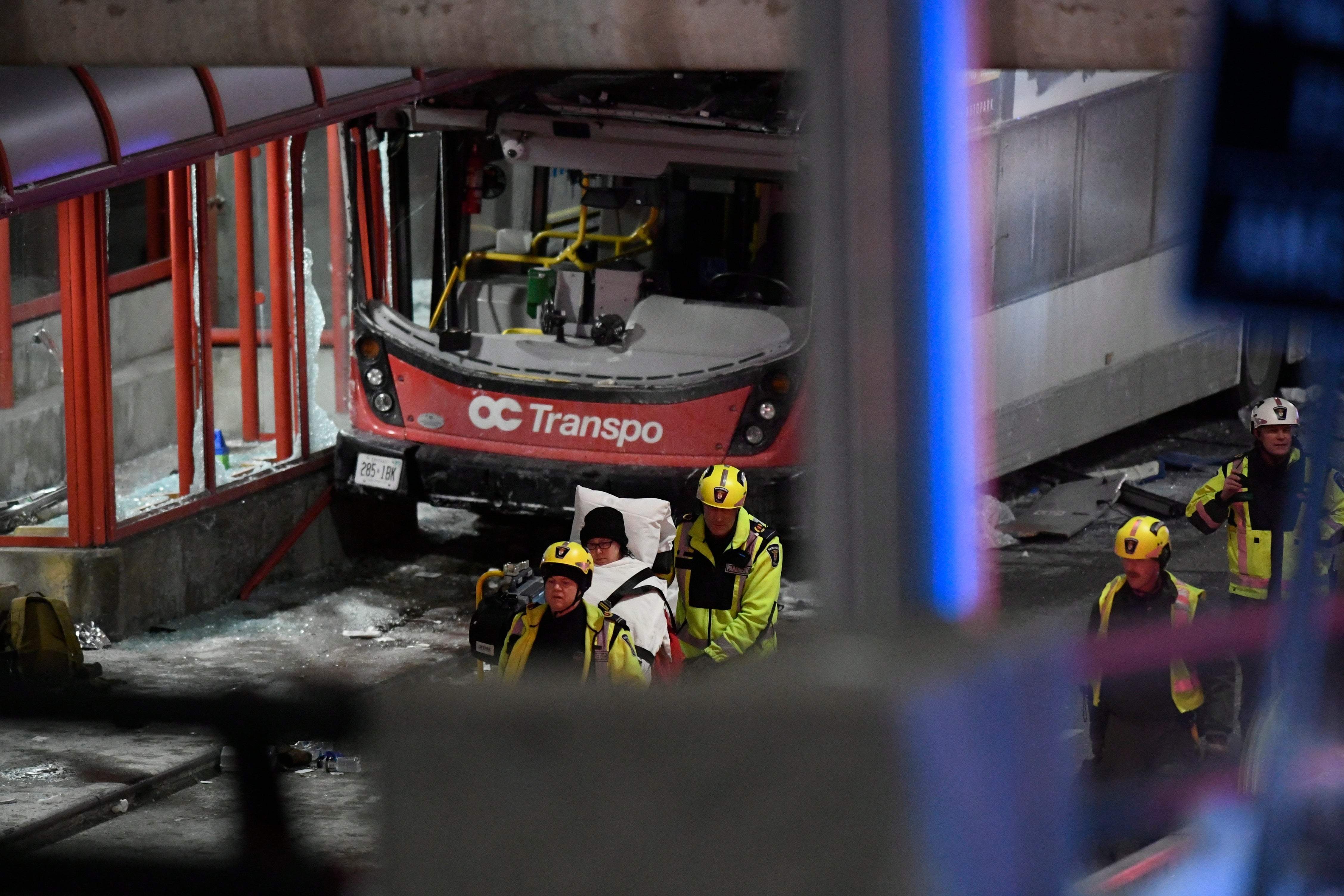 Police Chief Charles Bordeleau said the bus driver was arrested after the crash, but he declined to provide details on why she has been detained. He said police were still investigating the cause of the crash.

Mayor Jim Watson said two of those who died were on the bus and the other was in the shelter.

Ottawa Hospital’s trauma center said it had received nine patients “in critical condition” from the crash.

The accident happened at the Westboro station in a neighborhood west of downtown Ottawa.

Photos posted on Twitter shows extensive damage to the front of the bus, with the roof of a shelter pushed well into the bus’s second deck.

The bus has a capacity of 90 people, both sitting and standing.

The crash snarled afternoon traffic as emergency crews descended on the scene.

In 2013, an Ottawa bus collided with a Via Rail train in suburban Barrhaven, killing six people. /muf