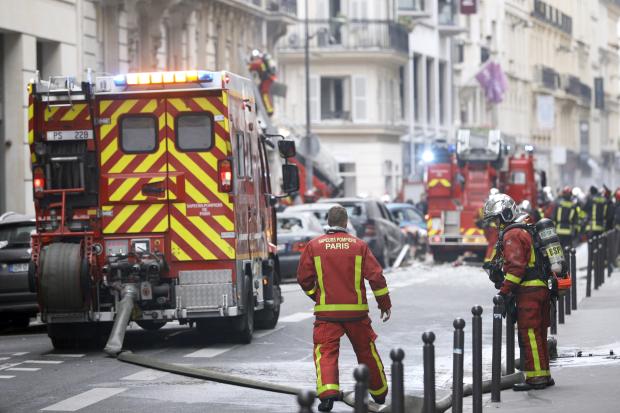 Firefighters pulled injured victims out of windows and evacuated residents as smoke billowed out over Rue de Trevise in the 9th arrondissement of north-central Paris.

Witnesses described the overwhelmingly sound of the blast and people trapped inside nearby buildings. Charred debris and broken glass covered the pavement around the apartment building housing the bakery, which resembled a blackened carcass.

A Paris police spokeswoman several injuries have been reported to police but no deaths. The spokeswoman, who wasn’t authorized to be publicly named, said the explosion is believed to have been prompted by a gas leak. She provided no further details.

Interior Minister Christophe Castaner said “the situation is under control” but warned the explosion had caused a “heavy toll.” Speaking Saturday from the scene, he said some 200 firefighters said were involved in the operation.

An investigation was opened, according to the Paris prosecutor’s office, which would not comment on what possible causes were being investigated.
Silver-helmeted firefighters and red firetrucks filled the street and inspected adjoining courtyards. A vehicle from gas company GRDF was stationed nearby.

The bakery is around the corner from the Folies-Bergere theater and not far from the shopping district that includes the famed headquarters of Galeries Lafayette.

The explosion came as the French capital is on edge and under heavy security for yellow vest protests expected later Saturday around the country. /atm