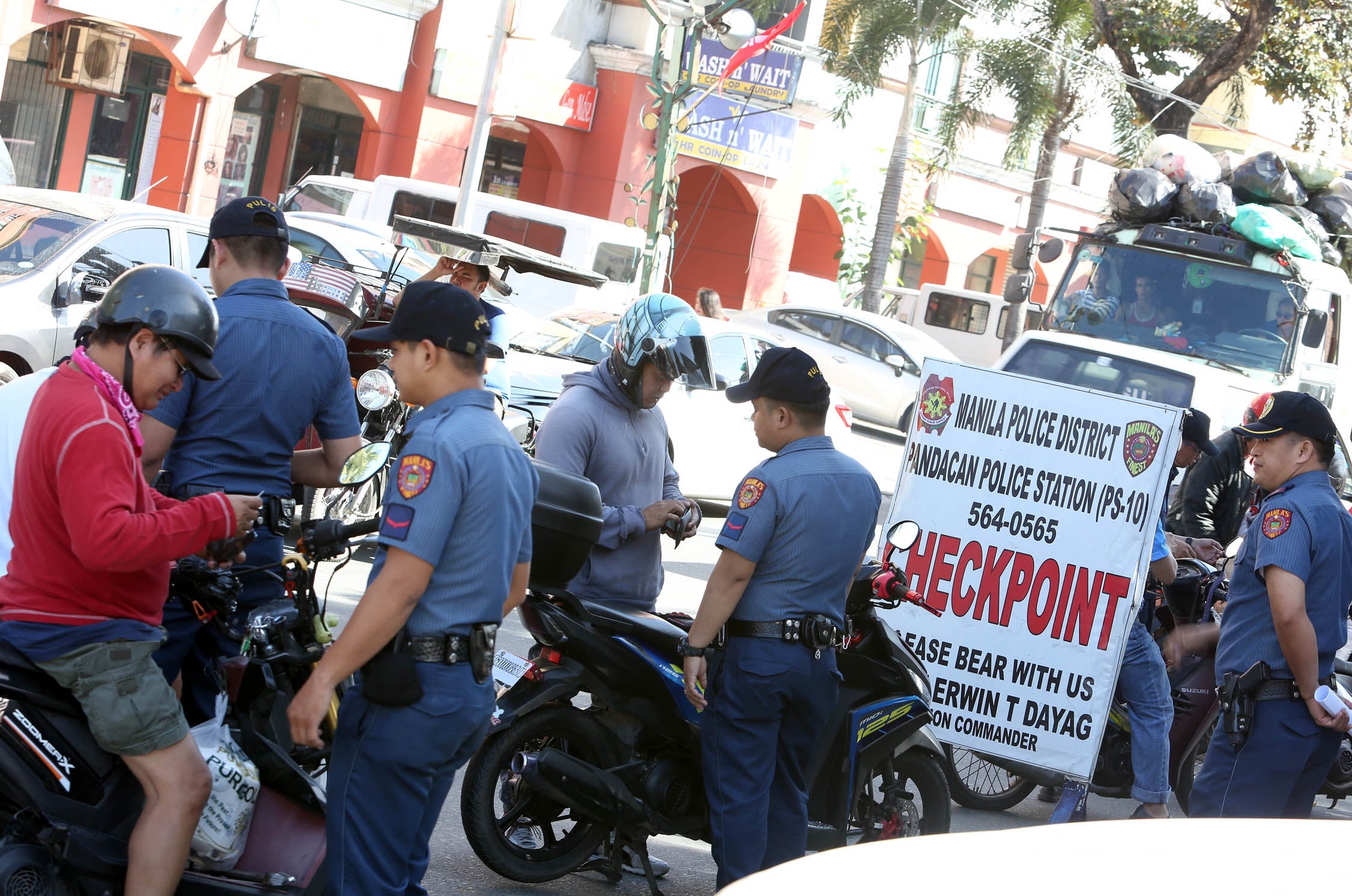 A nationwide gun ban, the setting up of police checkpoints across the country and other security measures will be implemented starting on Sunday as the 150-day election period for the May midterm polls gets underway.

The gun ban prohibits the carrying of firearms outside residences and suspends the processing and issuance of gun licenses.

At a press conference last week, Albayalde said only law enforcement personnel such as the police and military as well as civilians who received ban exemptions from the Commission on Elections (Comelec) would be authorized to carry firearms during the period ending on June 2.

Starting midnight on Sunday, the PNP will also put up at least one checkpoint in each city and municipality nationwide, in coordination with the Comelec and the Armed Forces of the Philippines.

In a statement on Saturday, the PNP said the checkpoints sought “to intercept guns, explosives and other instruments of violence, including illegal security personnel that may mar the holding of peaceful, credible and fair midterm elections in May.”

With the security measures in place, the Comelec will also launch Regional and Provincial Election Monitoring and Action Centers to monitor the conduct of the campaign period.

The Comelec on Saturday warned candidates in the midterm elections they run the risk of being disqualified from taking office if their posters, billboards and other campaign materials were not taken down two days before the start of the campaign period on Feb. 12.

Comelec spokesperson James Jimenez said they expected the candidates to ramp up efforts to woo voters in the coming days, especially with the start of the election period.

Though it is still a month away from the official campaign period, Jimenez said the public could expect an increase in the visibility of candidates, particularly those running for a Senate seat.

“A lot of politicians will start taking advantage of this particular time, if they haven’t [done] so. To clarify, it’s still premature campaigning because the campaign period for the national candidates starts on Feb. 12,” Jimenez told reporters on Friday.

Premature campaigning is hardly penalized, however, considering that the Supreme Court ruled in 2009 that it is not an election offense.

According to the high court, a person can only be considered a candidate once the campaign period starts.

Jimenez said they would give candidates who put up campaign materials prematurely or disregarded Comelec rules on these at least two days before the official campaign period to take them down.

“We will be advising candidates and political parties to take down their materials that have already been posted. [I]f any material [is found] after the start of the campaign period, then it will be presumed that it [remains] there with the consent of the candidate,” he said.

Though the act would not automatically disqualify the candidate, Jimenez said this would be classified an electoral offense, which could eventually cost the candidate the seat he or she is vying for.

The Comelec official said it had been the “standard excuse” of erring politicians to blame other people for putting up campaign materials that violate the poll body’s rules.

Jimenez said if these were put up during the campaign period, it would not extinguish the candidate’s responsibility.

The PNP said all personnel of the Police Security and Protection Group assigned to politicians would be required to report to Camp Crame in Quezon City on Sunday.

The PNP has listed 18 towns and municipalities as election “hot spots.” The number does not include Daraga, Albay and Cotabato City, two trouble areas that the Comelec said should “also be watched.”

“We will ensure that they will be nonpartisan and apolitical in this exercise,” Madrigal said of the militiamen.

“The AFP will not be providing any personnel security to candidates, unless approved by the Comelec,” Madrigal said.

In May, Filipinos will vote into office a total of 18,095 officials nationwide, from senators to town councilors.