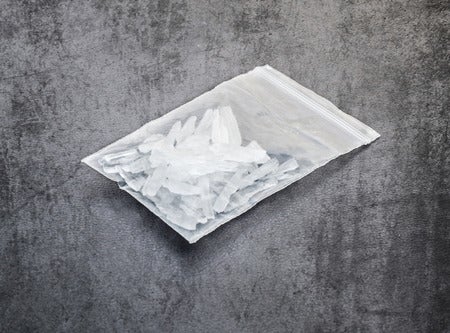 Authorities seized 12 plastic sachets of shabu weighing 1.7 grams with an estimated Dangerous Drugs Board value of P21,645. The drugs are worth P52,650 on the street at P4,500 per gram.

The illegal trade of the suspects was tipped off to policemen by former clients who surrendered to authorities. /cbb