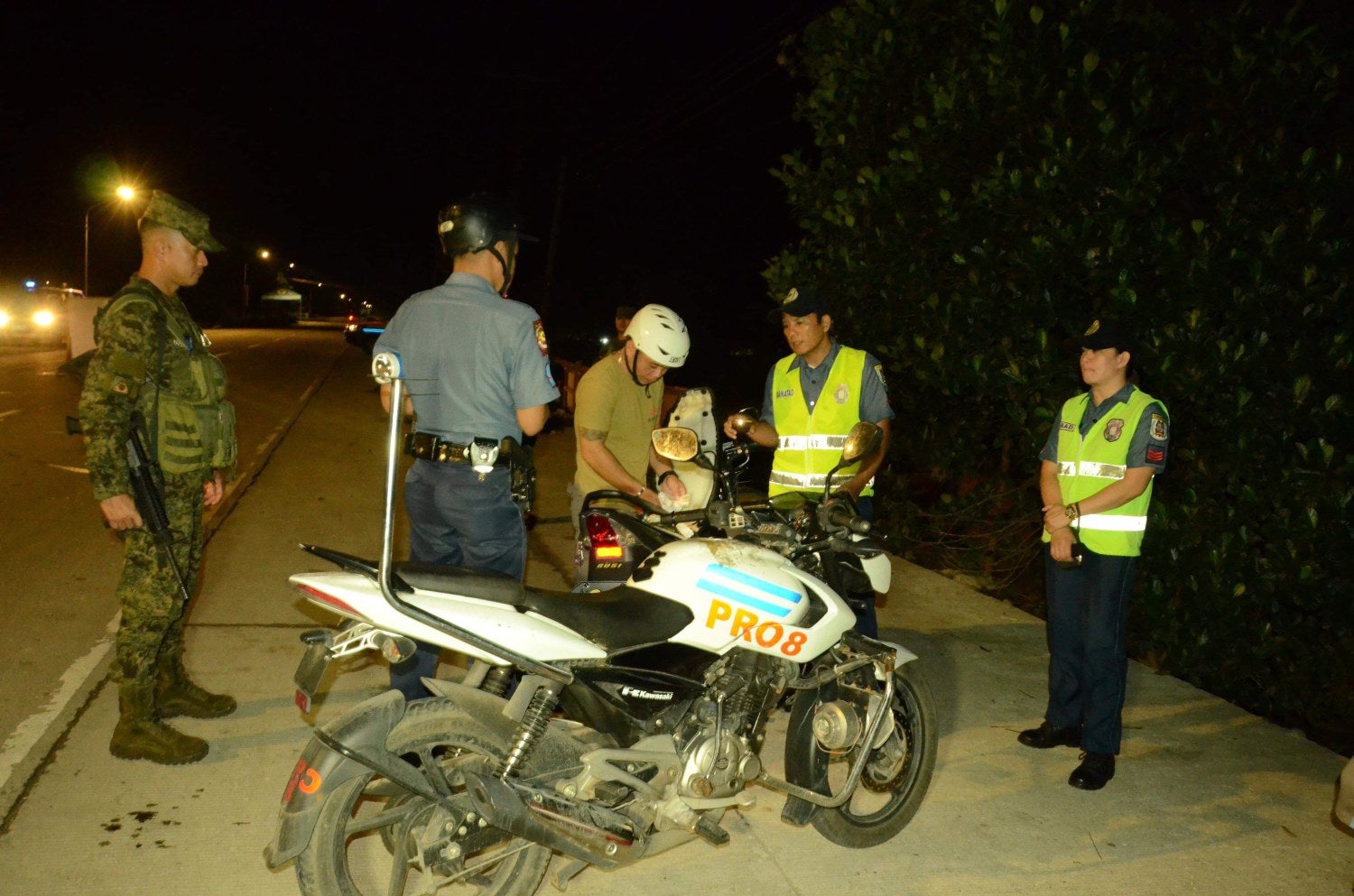 ORMOC CITY, Philippines – Election 2019 formally starts today with the conduct of simultaneous activities all over the country.

At 12:00 a.m. on Sunday, Jan. 13, 2019, City Comelec Registrar Ramon Dadulla Jr., started to conduct an inspection of checkpoints of the four entries and exit areas in the city.

He first visited the checkpoint in Barangay Valencia, which borders Kananga, Leyte, manned by Police Station 2 assisted by soldiers from the 93rd Infantry Battalion from Aguiting, Kananga, Leyte.

Inspector Melvin Malate, PS2 director, said they had yet to apprehend any vehicle passing their checkpoint, saying motorists have been very courteous.

The checkpoint is at the junction leading to Barangays Liberty to the south, Cabingtan to the East, and Tongonan to the north, until Barangay Lim-ao in Kananga. A motorcycle driver was apprehended for driving without a helmet.

Police at the checkpoint apprehended several motorcycle riders for driving without helmets. They did not report any untoward incident in the area.

No less than Ormoc police director Senior Supt. Armel Gongona led the inspections which resulted in the apprehension of 12 motorcycle drivers for various violations.

At 5 a.m., the PNP led the unity walk from the city stage to Camp Jorge Downes for an interfaith prayer rally attended by different Christian groups and by a Muslim imam. The signing of a peace covenant followed.

Mayor Richard I. Gomez led the signing for the PDP-Laban party with 6 incumbent city councilors and four candidates for the city council.

Engineer Eric C. Codilla, a former three-term mayor of Ormoc, led his group under the Lakas-CMD party with his wife Julida who is his running mate. Event prime movers and stakeholders also signed the peace covenant.

In his prayer, Father Isagani Petilos, of the Saints Peter and Paul Parish, asked God to make the people of Ormoc firm and strong.

He prayed that God give voters the courage to resist vote buying or coercion and the humility to respect the choices of others.

Petilos also prayed for the people to support the winners whoever they may be.

Most of all, the priest prayed for guidance for all to choose the right leaders who would lead Ormoc residents towards the fulfillment of their dreams.