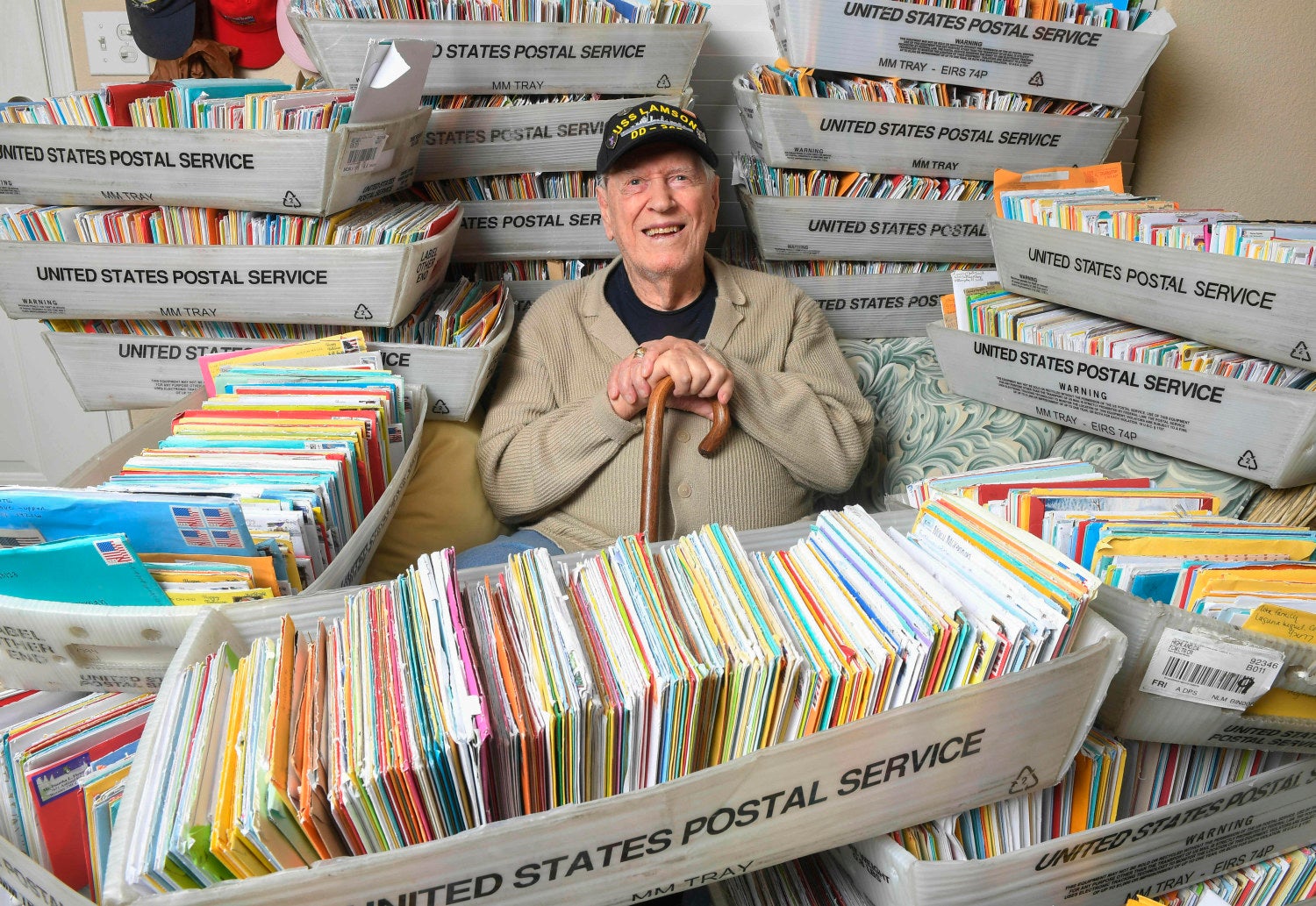 At 96, World War II veteran and Purple Heart medal recipient Duane Sherman has survived most of his friends.

As of Jan. 9, Sherman received more than 50,000 letters at his home in Fullerton, California, the Orange County Register reported Friday.

Birthday cards and notes thanking Sherman for his service have come from all 50 U.S. states and 10 countries.

His wife of 57 years, Lois, died in 2011. His daughter said she wanted her dad to feel special on his birthday.

Notes from elementary school students and prison inmates are among the stacks. The secretary of the Navy sent one. So did the Pittsburgh Steelers.

“I was amazed, shocked and appreciative,” Sherman told the newspaper. “All the good comments people made . it just brightened my day.”

Postal bins packed with envelopes of every color are stacked high on two sofas and the floor of Sherman’s home — and that’s only a few thousand of them.

Thousands more are stored at a friend’s house and there are bins still to be picked up at the post office, Morse said.

Since her father is legally blind, Morse has been reading the cards and letters out loud to her dad.

The commander of the U.S.S. Cowpens, a guided missile cruiser stationed in San Diego, sent a letter and then visited with several officers to take Sherman to lunch.

A group of officers from the U.S. Navy Sonar School in San Diego also paid a visit — listening intently as Sherman told stories about his WW II experience.

The mail also brought gifts of mementos such as an American flag that flew over Pearl Harbor, a scale model of a battleship and a plaque carved out of wood from the U.S.S. Constitution.

“It was very gratifying,” Sherman said. “It was hard to believe.”

Sherman enlisted in the Navy shortly after Pearl Harbor was attacked on Dec. 7, 1941. He was stationed aboard the U.S.S. Lamson, a destroyer that saw several battles in the Pacific.

So far, Morse has read about 1,700 letters. She will enlist the help of several friends for the rest and wants to respond to most of the letters. /cbb