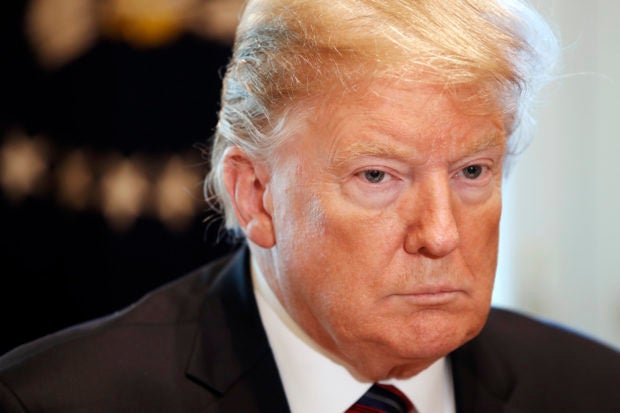 WASHINGTON — A Republican lawmaker advising President Donald Trump said he is encouraging the president to reopen the government for several weeks to continue negotiating with Democrats over funding for a U.S.-Mexico border wall before the president takes the more drastic step of declaring a national emergency.

But that may be wishful thinking, given that Sen. Lindsey Graham also says Trump still wants to reach a deal for the wall before agreeing to reopen shuttered government departments. House Speaker Nancy Pelosi, a leading Democratic negotiator, insists that Trump reopen the government first.

The weeks-old standoff over funding led to the partial government shutdown that hit day 23 on Sunday without an end in sight.

“See if he can do it by himself through the emergency powers. That’s my recommendation,” added Graham, who has publicly pushed Trump to use his authority to declare a national emergency to build the wall. Such a step would allow Trump to bypass Congress and tap various pots of unspent federal money, including for military construction and disaster relief and from asset seized by law enforcement, to pay for the wall.

Trump has kept Washington on edge over whether he would resort to such a declaration, citing what he says is a “crisis” of drug smuggling and the trafficking of women and children at the border. The president initially sounded as though such a move was imminent, but then pulled back. He has said several times since he first mentioned the idea in public earlier this month that he prefers to try to reach a deal with Congress.

A key question is how much more time is Trump willing to give lawmakers. Graham, who said he and Trump talked by telephone on Sunday morning, said the legislative path “is just about shut off” and blamed Pelosi.

Democrats oppose an emergency declaration but may be powerless to block it. Some Republicans are wary, too, fearing how a future Democratic president might use that authority. Such a move, should Trump ultimately go that route, would almost certainly be challenged in the courts.

“I do think if we reopen the government, if the president ends this shutdown crisis, we have folks who can negotiate a responsible, modern investment in technology that will actually make us safer,” Coons said.

Trump has maintained that the border cannot be secured without a wall.

Graham said he thinks Trump is willing to accept the $5.7 billion he has insisted on for the wall, along with some immigration measures Democrats might find acceptable, such as helping immigrants who were illegally brought to the U.S. as children.

Trump has expressed interest in a broader immigration overhaul, but says he first wants the Supreme Court to address the class of immigrants known as “Dreamers.” Pelosi also has shown no interest in accepting a wall — she has called it an “immorality” — in exchange for immigration fixes.

And, Trump, who was holed up in the White House as snow blanketed Washington on Sunday, appeared to shoot down Graham’s suggestion of a “wall plus” deal, saying on Twitter that even Democrats don’t want to make “Dreamers” part of the negotiations.

“The damage done to our Country from a badly broken Border – Drugs, Crime and so much that is bad – is far greater than a Shutdown, which the Dems can easily fix as soon as they come back to Washington!” Trump said in a separate tweet.

The White House has been laying the groundwork for an emergency declaration, feared by members of both parties.

Senate Homeland Security Committee Chairman Ron Johnson, R-Wis., said he would “hate to see” a declaration because then the wall wouldn’t get built, presumably because of legal challenges. Democrats voted in the past for border security and should again, he said.

“I actually want to see this wall get built,” Johnson said. “I want to keep pressure on Democrats to actually come to the negotiating table in good faith and fund what they have supported in the past.”

But Graham, who favors a presidential declaration, said the time for talk is running out.

“It’s the last option, not the first option, but we’re pretty close to that being the only option,” he said.

Graham and Coons spoke on “Fox News Sunday.” Johnson appeared on CNN’s “State of the Union.”