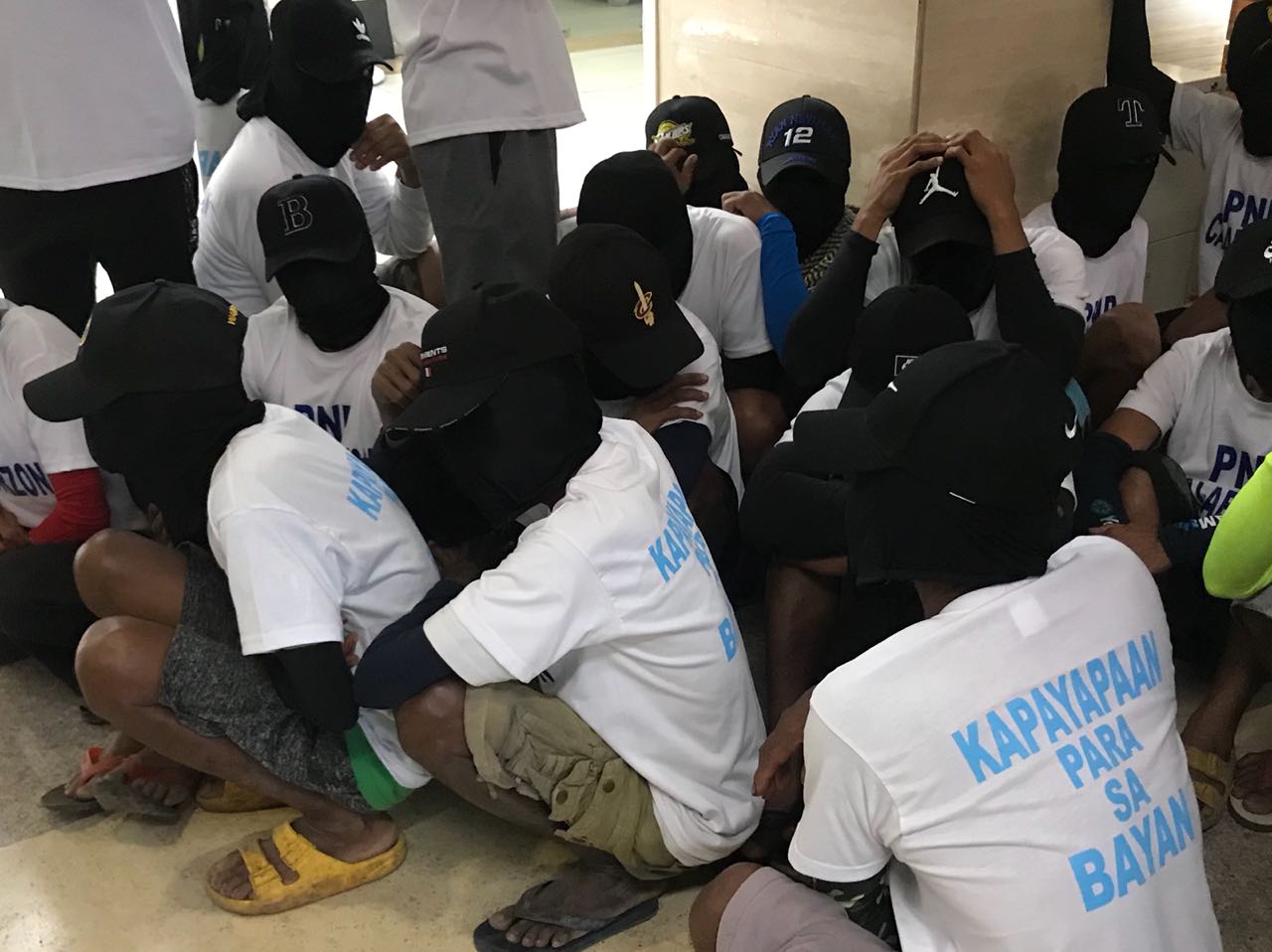 MANILA, Philippines — Words of regret filled a room at the Philippine National Police (PNP) headquarters in Camp Crame on Monday, where 20 New People’s Army (NPA) surrenderers were presented to the media.

The former communist rebels, including their leader “Ka Ruben,” all wore masks during the press conference. Police said the group had surrendered in the municipality of Kalayaan in Laguna over the weekend and turned-over 12 high-powered firearms and ammunition.

LOOK: High-powered firearms and ammunition surrendered by former members of the NPA to the police. @inquirerdotnet pic.twitter.com/M1Ku2SYmb3

Ka Ruben said they have been aspiring to lay down their firearms and surrender to the government, but said they doubted after they received reports that some civilians have experienced abuse from the military in the previous years.

(We are grateful because the police received us warmly as we went down from the mountains and approached the police. We thought we will be jailed or hurt, but we were not.)

Away from their families, Ka Ruben said they wanted to surrender due to hardships they have been suffering in their hideouts in the mountains.

“Napakahirap at isa pa, malayo po kayo sa pamilya ninyo (It’s really hard and besides, you are also away from your family),” he said.

The surrender of Ka Ruben’s group brought to 8,367 the number of communist rebels, who have surrendered to the government from July 1, 2016 up to December 28, 2018, according to data from the Department of the Interior and Local Government.

Of these surrenderers, 1,207 were so-called regulars of NPA, while the rest were from Militia ng Bayan, Sangay ng Partido sa Lokal, and other underground mass activists.

In Calabarzon, there are 169 NPA rebels, according to PNP chief Director General Oscar Albayalde.

Albayalde said Ka Ruben’s group would benefit from the government’s Enhanced Comprehensive Local Integration Program (ECLIP), which is part of the Duterte administration’s approach to ending the 50-year-old communist insurgency in the country.

Albayalde lauded the surrender of Ka Ruben’s group to the government as a “very good move” and “wise decision.”

“They now enjoy state-guaranteed liberty to lead normal lives with their families,” he said. /kga