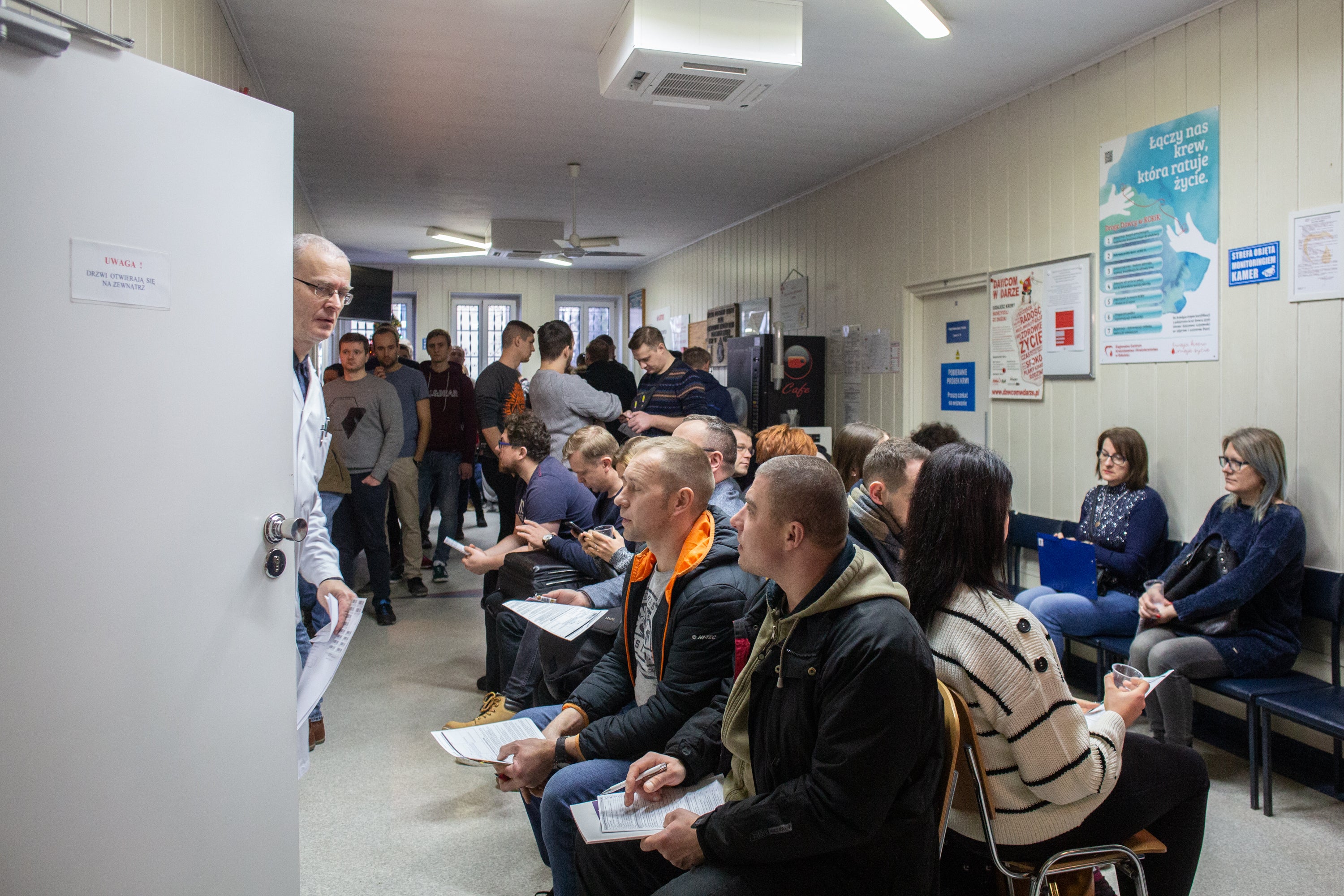 Gdansk, Poland – The mayor of the Polish port city of Gdansk was fighting for his life on Monday after a knife-wielding assailant stabbed him in the heart in front of hundreds of people at a charity event.

Anti-violence rallies were being planned nationwide after Sunday’s shock attack on Pawel Adamowicz.

The 53-year-old suffered a serious wound to the heart and cuts to his diaphragm and abdominal organs, according to surgeons who operated on him for five hours at Gdansk’s university hospital.

“Mayor Adamowicz is on life support in a very critical condition, and the prognosis for his life and health is uncertain,” Jerzy Karpinski, a physician with the Gdansk regional health department, told the Polish PAP news agency.

Video footage showed the attacker, who police said was wearing a press badge, bursting on to the podium and launching himself at Adamowicz, who had been waving sparklers with others on stage as the fundraiser was winding down on Sunday evening.

After knifing the mayor several times, the man turned to the crowd with his arms raised triumphantly but was quickly tackled to the ground by security guards and arrested.

Paramedics resuscitated Adamowicz at the scene before rushing him to the hospital.

“There is an atmosphere of aggression in Poland,” a blood donor who identified himself only as Zygmunt told AFP, reflecting on the broader context of the attack.

A local police spokesman said the detained man was a 27-year-old who lived in Gdansk, a Baltic coast city with a population of around half a million that was the cradle of Poland’s anti-communist Solidarity movement in the 1980s.

In a video recording of the attack posted on YouTube, the suspect was seen seizing the microphone and claiming he had been wrongly jailed by the previous centrist government of the Civic Platform (PO) party and tortured.

“That’s why Adamowicz dies,” he said.

One witness told broadcaster TVN the man appeared “happy with what he had done”.

Adamowicz has been mayor of Gdansk for two decades and the opposition Civic Platform, the arch-rival of Poland’s governing right-wing Law and Justice (PiS) party, had supported his reelection in 2018 municipal elections.

Since winning office in 2015, the PiS has systematically blamed PO politicians for an array of issues, ranging from VAT fraud to the 2010 crash of a Polish presidential jet in Russia that claimed the life of then president Lech Kaczynski, the identical twin brother of PiS leader Jaroslaw Kaczynski.

Sunday’s fundraising event was part of a popular annual nationwide drive to purchase medical equipment for children and featured a colourful stage set-up including lights, smoke and pyrotechnics.

“Despite our political differences, I stand without question in solidarity with him and those close to him… I pray for his swift recovery,” PiS-allied President Andrzej Duda said on Twitter.

‘Doubts about his sanity’

The suspect had previously been sentenced to more than five years in prison for four armed attacks on banks in Gdansk, justice officials confirmed.

Deputy prosecutor general Krzysztof Sierak said the suspect would be charged with attempted murder and would undergo a psychological assessment due to “doubts about his sanity”.

Police were investigating how the attacker had been able to breach security to reach the podium, local police spokeswoman Joanna Kowalik-Kosinska told reporters.

“We know that he used an identifier with the inscription ‘Press’,” she said. “Now we have to establish how it was obtained, was the accreditation in his name and was he really entitled to be there at that time?”

This type of attack is rare in Poland. A similar incident occurred in 2010 when an assailant gunned down an aide at a regional PiS office before stabbing another PiS employee, who survived.

Anti-violence rallies were expected in Gdansk and several other major cities across Poland later on Monday. /kga