With the deafening semi-automatic fire of Brexit coverage currently eclipsing all other news, you might have missed the fact that police killed an unarmed man at the beginning of this year. Sean Fitzgerald, 31, was fatally shot as he fled a raid on what locals suspected was a cannabis farm at a house in Coventry, sparking criticism from current and former police officers, and calls from campaigners for an examination of police firearms operations.

Days after Fitzgerald’s death, it was confirmed that no weapons were found at the scene, and the two 26-year-old men arrested on low-level charges of involvement in the production of cannabis were released shortly after, with one remaining under investigation. Police are yet to comment fully on what was recovered from the raided property, but an inquest hearing has been told that the officer who fired the fatal shot is under investigation.

Friends of Fitzgerald – who is said to have served in the British Army until recently – admitted there was “a cannabis grow” in the house, but argued that the law enforcement response on the evening of Friday, the 4th of January had been disproportionate.

“The police climbed up ladders and went through windows, almost like it was World War 3,” Cory Brown, a friend of Fitzgerald’s, told reporters. “Obviously any person in their right mind would’ve been scared and ran away. The only reason I can see as to why they raided the property was because of the cannabis. They had a cannabis grow inside the house. But armed police and cannabis don’t go together – it seems really extreme.”

Police appeared to have been granted a section 8 warrant, allowing them to force entry and search the property for drugs, paperwork linked to criminal offences, cash, phones, computers and sat navs in the “intelligence-led” operation.

Fitzgerald’s niece, Leigh Macauley, wrote on Facebook: “They shot my uncle for class A & class B drugs. No mention of firearms. So why armed police? When do you hear of that … A little weed, that was all.”

The Independent Office for Police Conduct are now investigating whether the officer who shot Fitzgerald was justified in doing so. On the first day of the five-month inquest on Thursday, Andrew Beech, a team leader at the IOPC, said, “The officers got to the address and began to force entry. Mr Fitzgerald ran out of the back of the premises and was shot and fatally wounded by an armed officer who was covering the rear of the house.” 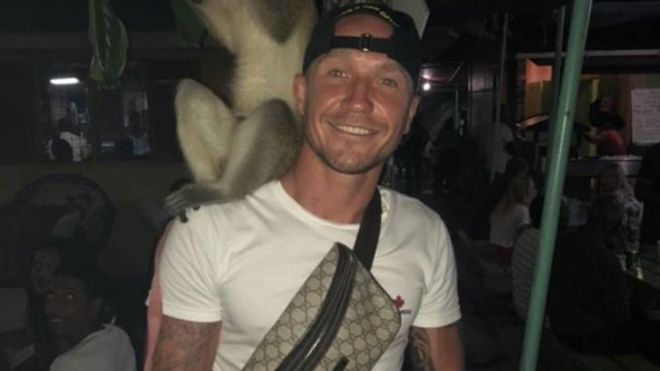 Unlike other countries, deaths during police operations in the UK are rare, but a former undercover officer told VICE that he fears killings during raids could rise, with police being forced to continue the “war on drugs” despite a number of law enforcement organisations calling for changes.

“We don’t even know whether there was cannabis being cultivated on the property, yet we’ve had officers go in with firearms and kill someone with no mention of guns or weapons since,” said Nic Castle, a retired constable from Lancashire Police and a member of the Law Enforcement Action Partnership (LEAP), a group calling for drug law reform. “Where’s the smoking gun? We need to see what the inquiry uncovers, but personally at this stage I can’t see how the officer will walk away from this. What happened in that house that made them go in with firearms, leading to someone getting shot?”

This was echoed by Neil Woods, chair of LEAP UK and also a former undercover officer. “The prohibition of drugs has changed what policing should be. As the police get smarter and more prepared for the growing aggression of organised crime, we have to pay attention to the fact that it is the policing of drugs that has created the need for these tactics,” he said. “There’s a clear history of cause and effect. There is a time in living memory in the UK where there was no association between drugs and crime at all; when drugs were treated as they should be, as a health issue.”

“Police have been well and truly stitched up with drug policy,” Woods added. “This is a war that was lost a long time ago, and will not stop escalating until peace is declared, and so more tragedies like this are inevitable.”

The National Police Chiefs’ Council – the representative body for British police chief officers – told VICE there is no “shoot-to-kill” policy in the UK, and that officers fire a shot around six times per year, which they should only do if they believe someone is in mortal danger.

“Police Officers are individually accountable in law for using only as much force as is reasonable and necessary in the circumstances,” said Simon Chesterman, deputy chief constable and lead for armed policing at the NPCC. “Armed officers are highly trained and shoot to neutralise the threat in order to protect the public, their colleagues or themselves. They will only discharge a firearm when they believe there is an immediate threat to life.”

“We are fortunate to have some of the most professional and restrained armed officers in the world; they rarely discharge firearms, and when they do they are trained and equipped to deliver advanced first aid to try and prevent loss of life,” he added. “On average, our officers deploy to over 15,000 armed operations every year and only discharge firearms on around six occasions, or just 0.04 percent. Police shootings are subject to thorough and independent investigation by the Independent Office for Police Conduct.”

A senior police source explained that if there is an immediate threat to life, officers shoot at the suspect’s chest to incapacitate and neutralise them.

“This means shooting at the centre of someone’s body, where organs are located, which is potentially lethal in itself,” the source said. “To shoot in the leg is a very difficult thing to do – the last thing you want to do is miss the target and hit an innocent party. The training for police officers to ensure an accurate shot is very much to hit the centre of the body mass because it is the biggest target.”

INQUEST, an independent charity that provides expertise on state-related deaths and their investigation, has called for the circumstances surrounding Fitzgerald’s death to be subject to serious scrutiny. It noted the rightful agitation following the fatal raid and highlighted a number of previous fatalities at the hands of police – those of Azelle Rodney, Ian Tomlinson and others – that were found to be unlawful at later inquests.

“Where police officers use lethal force, it must be proportionate and lawful,” said Deborah Coles, INQUEST director. “There is rightful disquiet about Sean Fitzgerald’s death, and it must be subject to extensive scrutiny. Many fatal shootings by police have raised profound concerns about possible operational and intelligence failings. We hope the investigation that now follows will both establish the facts about Sean’s death and ensure there is a thorough examination of the broader issues around police firearms operations.”