Vegan food used to be bland. In fact, Nice Vegan Food as recently as 2015 was a real rarity. It meant trekking across London to a rare vegan-specific Italian restaurant for tofu ricotta lasagne and something called “tiramasex”. Your next best option – when it came to eating out, at least – was an unbuttered roll and boiled potatoes at TGI Friday’s. Daily sustenance meant cooking everything at home, regardless of how appalling you were at cooking (self-sufficiency: can you imagine!) and always, always having pockets full of nuts.

Now, lots of the vegan food you can buy tastes more-or-less decent – and the last few Januarys have been especially thrilling for vegans, since it’s the time of year that brands drop all their hot new plant-based products to lure in the rising number of people wanting to give veganism a go. See: the Greggs vegan sausage roll, or any one of the roughly 12,000 new jackfruit products promising to taste just like pulled pork. Much to celebrate in Veganuary for long-timers. Many tasty treats to try. But also: produce stinking of desperation.

Not everything works; it’s obvious when a supermarket or high street chain has tried to hop on the bandwagon, but given little to zero thought as to how to make their food actually taste of something. Here are some tips, brands, on how to do veganism for Veganuary 2020. 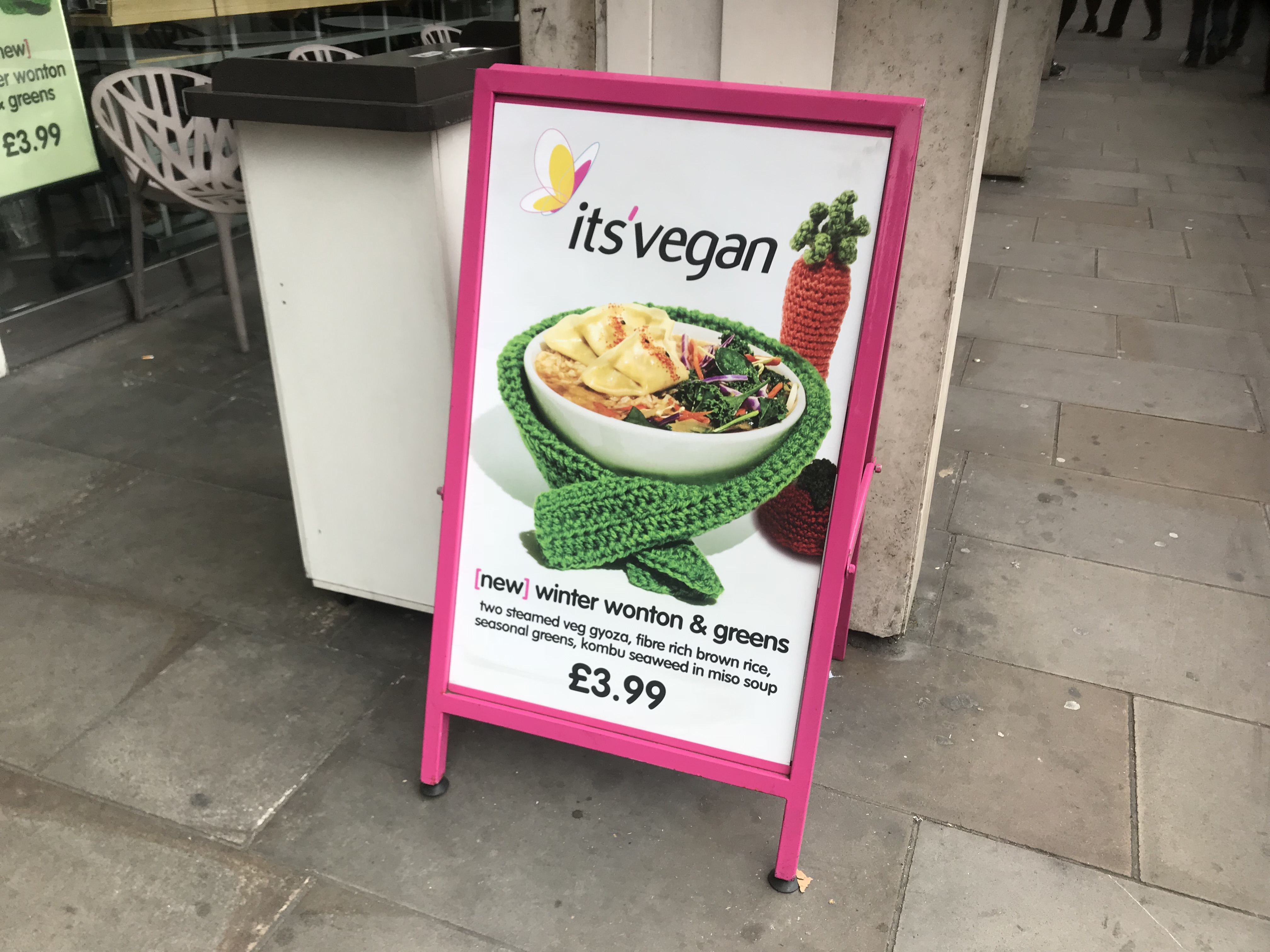 There is a plastic bowl. In it, there is spinach and edamame and sweet potato in cubes. Every vegetarian / vegan line must have this bowl. But not a single vegetarian or vegan enjoys the bowl.

Don’t Make Products Out of Your Remit

Birds Eye have a microwavable “veg bowl”. Fuck off and only come back when you’ve done vegan fish fingers.