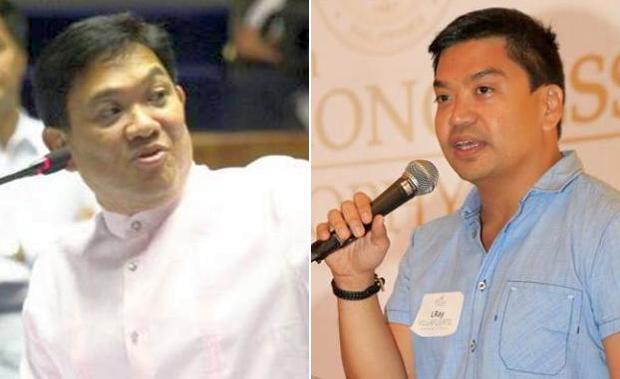 Rather than resort to “innuendoes,” Villafuerte said, Andaya and his “sidekick,” Minority Leader and Quezon Rep. Danilo Suarez, should explain why they deflect public attention from the real issue, which he claimed as the “undue delay in the congressional approval of the 2019 GAA owing to the majority leader’s unilateral budget realignments, particularly the P1.9 billion in ‘pork,’ which — as discovered by Sen. Panfilo Lacson — ended up in Andaya’s legislative district.”

“There should be a reversal of roles here actually — with Andaya taking on the role of minority leader and Suarez as majority leader,” Villafuerte said in a statement sent to INQUIRER.net.

“This should be the logical swap, considering that Andaya has unmasked himself as a closet opposition member — a sleeper agent — with his nonstop attacks against President Duterte, his alter ego Secretary Diokno and Malacañang, while Suarez is better suited as the majority leader because it is the biggest open secret that he is a de facto member of the majority coalition in the chamber,” he added.

It is also wrong for Andaya to dismiss the call for his resignation or ouster as majority leader as a petty issue, said Villafuerte, because “he has held the 2019 GAA hostage to his personal and partisan agenda — hence, putting at great risk the implementation of President Duterte’s priority programs for high and inclusive growth, such as ‘Build, Build, Build’.”

As for Suarez, Villafuerte said that in unduly dismissing such a grave national concern as nothing but local politics at play between him and Andaya, Suarez has shown himself to be as “mentally challenged” as Andaya.

“In the first place, if he believes that this is just local politics, then why is he meddling in it? But then this is not the case, because the truth is he has been a willing accessory of Andaya in destabilizing the Duterte administration with the sham probe by the House rules committee in a desperate bid to be finally recognized as a legit member of the minority,” Villafuerte added.

Andaya is leading an investigation against the alleged anomalous budget practices in the Department of Budget and Management, as well as the so-called “flood control scam” under the watch of Budget Secretary Benjamin Diokno.

He started his exposès after Lacson alleged that Speaker Gloria Macapagal-Arroyo got P2.4 billion in pork barrel funds while the Camarines Sur congressman got P1.9 billion.