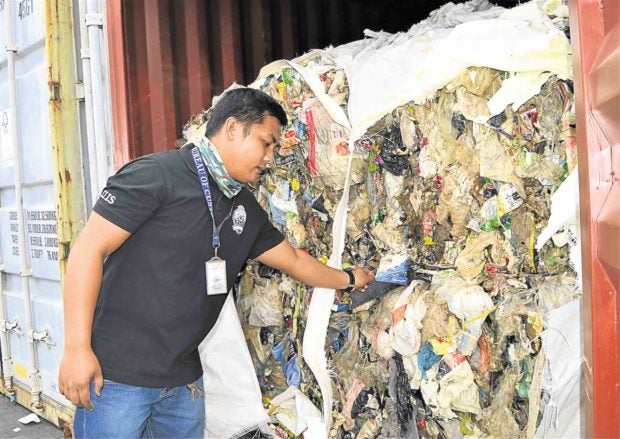 TAGOLOAN, Misamis Oriental — Rep. Juliette Uy on Monday demanded that the remaining 5,100 metric tons of mostly plastic trash from South Korea be returned to that country before the end of this month.

While expressing elation over the return on Sunday of 1,400 MT of the garbage in 51 containers to South Korea, Uy said what was shipped back was but “just a small part of the biggest waste dumped in this country.”

“All, not just part or some of the total garbage shipments stored at Mindanao International Container Terminal (MICT), should be returned. All of it. There should be no gray area in this regard,” she said.

The plastic trash, imported by a company whose business is into recycling, arrived last year at the MICT in Tagoloan town, Misamis Oriental province.

The shipments were held by authorities after the Bureau of Customs and the Environmental Management Bureau allegedly found Verde Soko Philippines Industrial Corp. to have violated the laws when it imported the plastics from Pyeongtaek City, South Korea.

After a meeting last month, Philippine and South Korean government officials agreed to return the trash to its country of origin.

Uy also said she would “pursue accountability and address problems in our government policy, operations and procedures that allow the importation of solid waste.”

She joined another lawmaker, Rep. Frederick Siao of Iligan City, in calling for a congressional investigation of the garbage shipment.

She also asked Customs District Collector Floro Calixihan to explain why he approved its unloading in Misamis Oriental.

Earlier, Siao said the dumping violated the laws on solid waste management, customs tariff and the international agreement known as the Basel Convention on the Control of Transboundary Movements of Hazardous Waste and their Disposal.

The international environmental group Greenpeace said the return of the garbage to South Korea sent “a very strong message to the world that the Philippines is not a dumping ground, and together, Filipinos are fighting plastic pollution.”

It also sent a message to developed countries “to stop putting their responsibility onto other nations for their own plastics problem,” said Angelica Pago, media campaigner of Greenpeace Southeast Asia-Philippines. —Reports from Divina Suson and Jigger Jerusalem