It’s hard to imagine anything more central to life in Toraja than the buffalo. This region of Indonesia, located in the island of Sulawesi, believes that buffalo play a vital part in the afterlife, basically escorting the spirits of the dead on to eternity. But before the buffalo are sacrificed in a massive funeral party, they live long lives and, sometimes, battle it out in a local custom called Ma’pasilaga Tedong.

Ma’pasilaga Tedong is typically part of the rambu solo death ceremony, a funeral tradition that culminates with the slaughter of sometimes a dozen, sometimes more than 100 buffalo for a huge feast that’s part of all traditional Torajan funerals. The VICE Indonesia team has been to Toraja before to shoot a documentary about the rambu solo, but they missed out on the bullfights.

Watch: Sacrificing Hundreds of Buffalo for One Funeral in Indonesia

I wanted to see them myself, so I traveled north from my home in Makassar, Indonesia, to Toyasa Akung village, in North Toraja. I met up with Rafly Panggalo, 16, and his three friends as they readied their own bull, Hammer, for the match. Hammer had been living in a bamboo-fenced area near the buffalo fight ring for a month. According to local traditions, it’s important to keep the bulls near the ring so they get used to the smell of the air and soil. 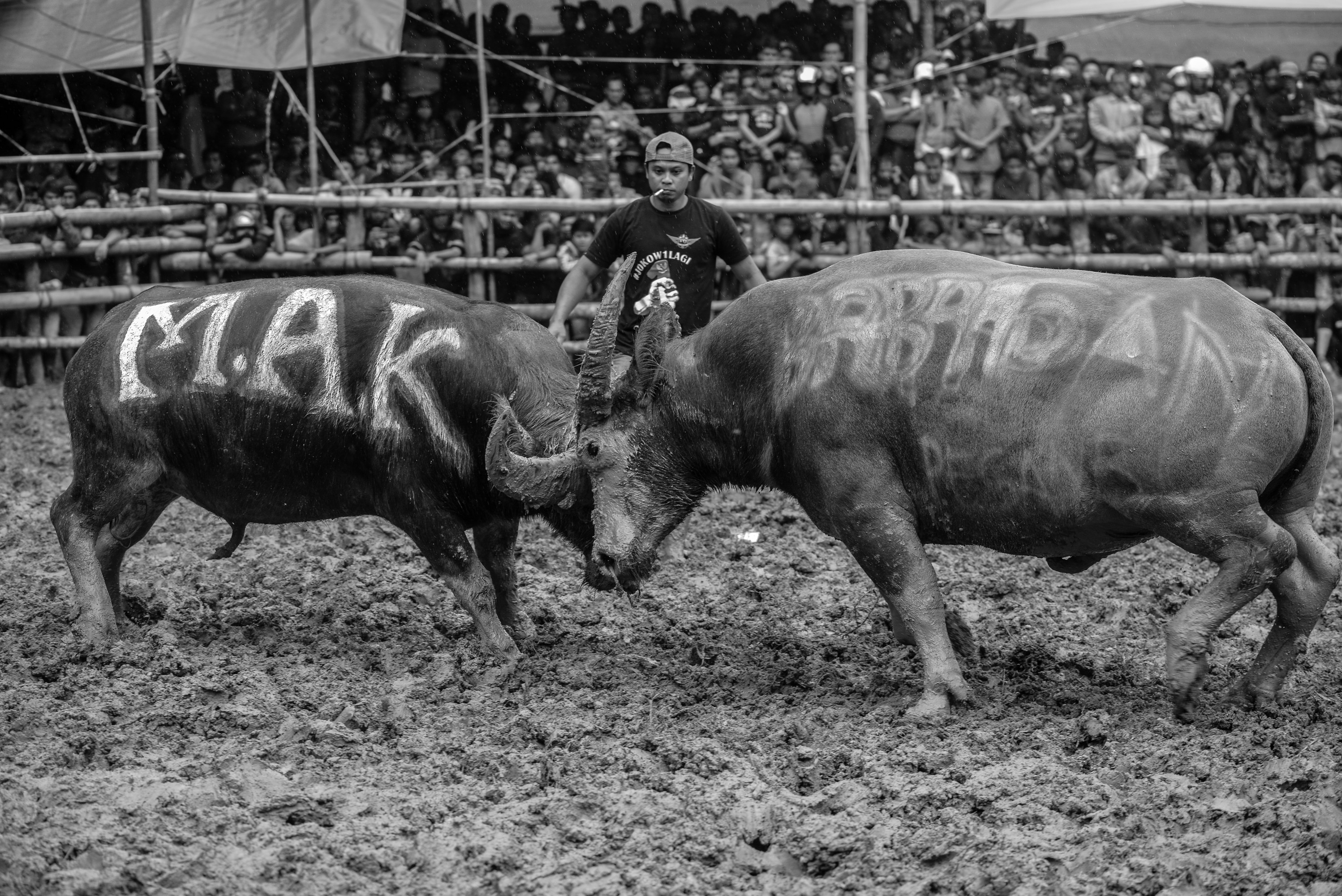 
Sign up for our newsletter to get the best of VICE delivered to your inbox daily.