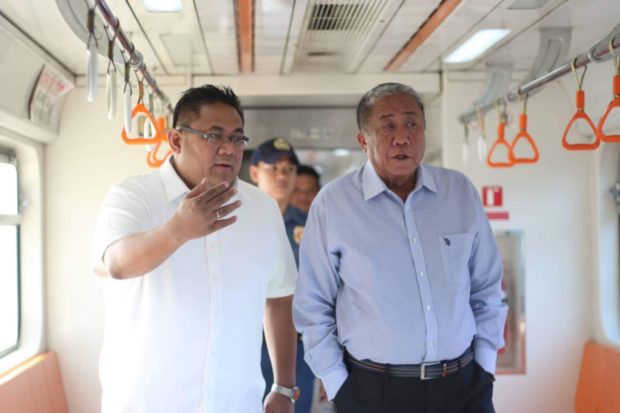 MANILA, Philippines–The government is looking into extending the massive railway network it wanted to build in Luzon northeast to the provinces of Nueva Ecija and as far as Cagayan, the state-run Philippine National Railways (PNR) said.

In a press conference after the signing ceremony between the Philippine and Japanese governments for the first tranche of loan worth P80.5 billion extended by the latter for the NSCR, Magno said they already asked the state planning agency National Economic and Development Authority (Neda) to conduct feasibility studies for two possible railways: one between Balagtas, Bulacan and Cabanatuan City in Nueva Ecija; as well as another between San Jose City also in Nueva Ecija and Tarlac City.

According to Magno, the PNR has an alignment between Balagtas and Cabanatuan.

These proposed railway lines would be connected to the NSCR, Magno said.

“And then possibly, they [Neda] are doing a feasibility study of the Cagayan railroad, maybe through the Caraballo mountain [range] tunnel. Because if Central Luzon becomes part of the GCR, the new rice bowl would be Cagayan Valley,” Magno added.

The NSCR, to be implemented by the Department of Transportation (DOTr) and the PNR, will connect the ongoing Phase 1 between Malolos, Bulacan and Tutuban, Manila to the PNR South Commuter Railway to Calamba as well as the Malolos-Clark Railway.

The NSCR Extension Project will start construction next year to begin partial operations by 2022. /jpv