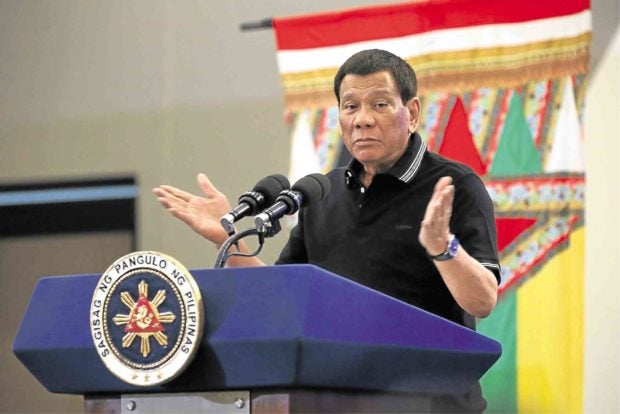 Duterte said he could join the Communist Party of the Philippines, founded by his former professor and now exiled rebel leader Jose Maria Sison, but he could not take killing his fellow Filipinos.

“Ako pwede akong sumali ng Communist Party of the Philippines. Ang problema, ang hindi ko kaya and I cannot reconcile with the fact that I have to kill my own Filipino brothers to wage a war for 52 years for nothing,” he said in a speech before local leaders in Lucena City, Quezon.

According to him, communist rebels “have jeopardized, caused sorrow and misery to the country fighting for a lost cause.”

The President said he wanted to send at least 10 communists to China or Russia to see how they have abandoned communism.

“And then you go and tour China and tell me straight in the face pagbalik mo kung hanggang ngayon tama pa ba ‘yan… the way that it’s being fought,” he said.

He mocked the communists, saying they would never be able to takeover government.