It’s hard to know where to begin with QAnon. For those of you unfamiliar with the term, it is a online movement (of sorts) that appears to be the final form of extremely online reactionary conspiracy mongers, birthed from the loins of the #pizzagate pandemonium. The basic idea is that pretty much everyone in positions of power in the government (except President Donald Trump, of course) and the media is a pedophile and child-eating cannibal, and that “Q,” the group’s omniscient and anonymous leader, is part of a resistance group within the deep state who is working to bring all of these criminals to justice, or Gitmo. And despite the fact that the whole thing began on 4chan, Q’s followers often appear to be elderly and unemployed. While their stated goal is to bring down the evil childgobblers of the government and media, it seems that QAnon has done far greater damage to its devotees than it has to its purported enemies.

An avid connoisseur of internet morons, the moment I learned about QAnon I was immediately curious, and began going about joining the private Facebook groups where Q followers regularly congregate. What I found was a frothing cauldron of insanity, where people asserted that the Santa at Trump rallies was the not-actually-dead JFK Jr, biding his time until he could come back and arrest Michelle Obama, and where no admission of belief was too embarrassing. It got much, much worse around the holidays. Hold onto your dicks, folks: 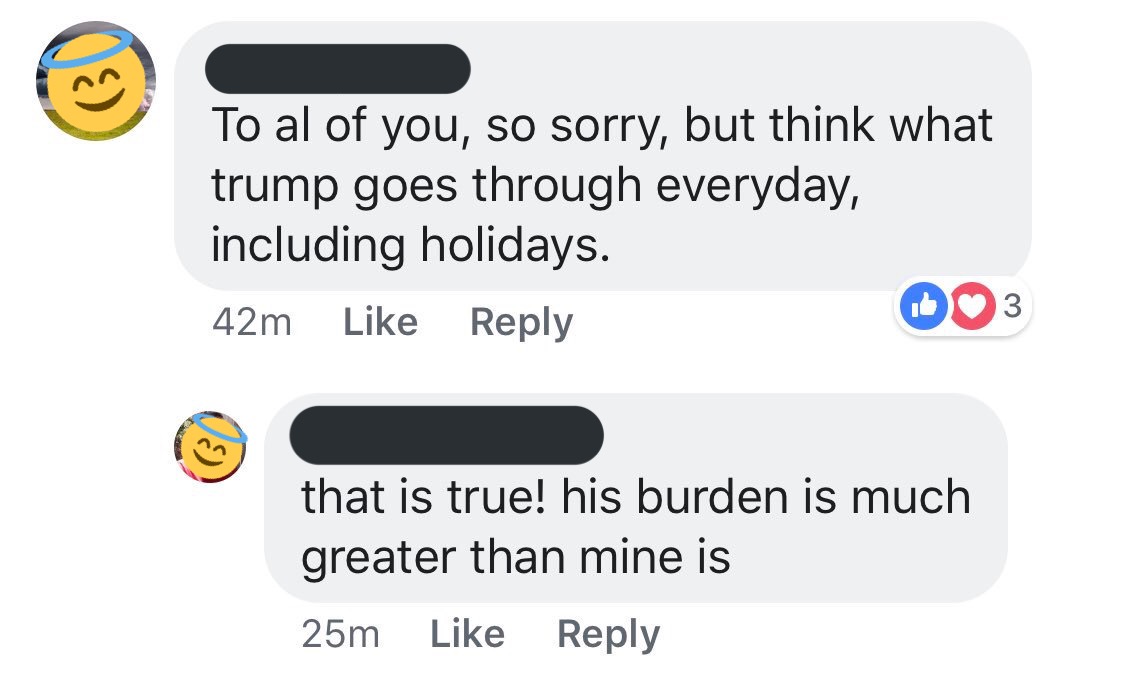 Theories about Q’s endgame abound, but after watching closely for several months now, I think the odds are in favor of Q being an elaborate troll, aimed directly at one of the most gullible demographics in the world—old people on Facebook. A recent study found that people over 65 were several times more likely to share “fake news” online than young folks were, and nobody loves sharing a hot bowl of bullshit more than QAnon adherents. I thought early on that as more and more Q predictions did not come to pass, the following would dwindle, but these incredibly online grandparents have seemingly endless capacity for dissembling, and can conspiracy-brain themselves out of almost any corner.

Given the obviously bullshit premise of the entire thing, it seems likely that the Q movement will fall apart at some point in the future. A more open-ended question is what happens to the army of olds that it has amassed over the year, and what their lives will look like in a post-Q world. These people seem genuinely sad—quietly aware that the world has mostly passed them by, and desperate to define themselves as something more than simply a cog in society’s system. They see themselves as brave truth-tellers, warriors for unnamed children that Hillary Clinton is currently eating sous-vide, and from this they gain purpose and self-worth. When it becomes clear, as it invariably will, that they have been had, I wonder whether they will be able to comprehend this fact, or if they will be able to find their way back to the real world.