There are a lot of dark emotions in watching Fyre – schadenfreude, inverted jealousy, a sick sort of feeling of validation – but what can we learn from it all? What lessons can we take away? Good question, glad you asked. We combined forces and figured it out:

Constantly Filming Yourself Is a Bad Idea

After Billy gets out on bail, he invites some guys round to film him at the penthouse he’s inexplicably staying at, where he sets up that bogus NYC VIP Access thing with Frank, the Full Fyre Kit Wanker. When they ask what he wants filmed he tells them to keep the camera running and says something along the lines of, “If I’ve learned anything during this process, it’s: the more footage, the better.”

I’m no videographer, so pull me up on this if I’m wrong – but surely hours and hours of video of you executing a crime is not a good thing? And then more footage of you running a new scam, while out on bail, is equally bad? Idk, maybe that’s just me and my random opinions! — JC

The people at Customs are professionals. Your containers of Evian bottled water (which you need! In order to ensure that the thousands of people coming to your Bahamian music festival do not completely and irrevocably overwhelm the island’s plumbing!) are the sort of thing they hold up every day. I’d wager that you can probably just ask for the water and promise to pay. You don’t need to, say, instruct a man you have christened your operation’s “gay leader” to get his sweet butt down to Customs and, uh, “take one for the team”.

As someone who spends the majority of their income on getting the exact same meal from McDonald’s delivered to their house more days a week than I’d like to admit, I really have no business telling others how to spend their money.

But Rich Kids are wild. First off, imagine having $12,000. Now, imagine having the confidence to drop that $12,000 on a festival, about which zero information has been released? On a festival where Blink-182, of all people, are headlining? Morons. — NB

You Maybe Shouldn’t Do Whatever Kendall Jenner Tells You?

I understand. Kendall Jenner is very rich and very hot. She is exactly the sort of person you want to listen to. My favourite politician is Cardi B, so I get it. But Kendall Jenner is not like Cardi B, for the simple reason that, for almost her whole life, KJ has been followed around by cameras and said most of the things she has been told to say, and then been paid for it. She told you to go to FYRE Festival because FYRE Festival told her to, for money. She is, therefore, potentially not the best authority on this matter. Just spitballing, though. You do you. — LO’N

We’re All About Two Skipped Meals Away From Going Feral

“Our strategy [to avoid having neighbours] was to sort of ransack all the tents around us,” he said, with the chilling rational calm of a caged serial killer. “I just started poking holes and flipping mattresses, and my buddy pissed on a few of the beds.”

At this point, I’d like to point out that it was Day One: it wasn’t even totally clear that the festival was in dire trouble yet. At this stage, guests were simply told to grab a tent and things would be sorted out tomorrow. That was it. And then: and then he pissed in the tents. Like, listen: we’ve all been at Reading/Leeds for the feral final night when tents go on fire and turds start sailing through the air like missiles. We’ve all pissed in a tent. But wait until you’ve had at least one day of festival before you go that off piste, mate, fucking hell — JG 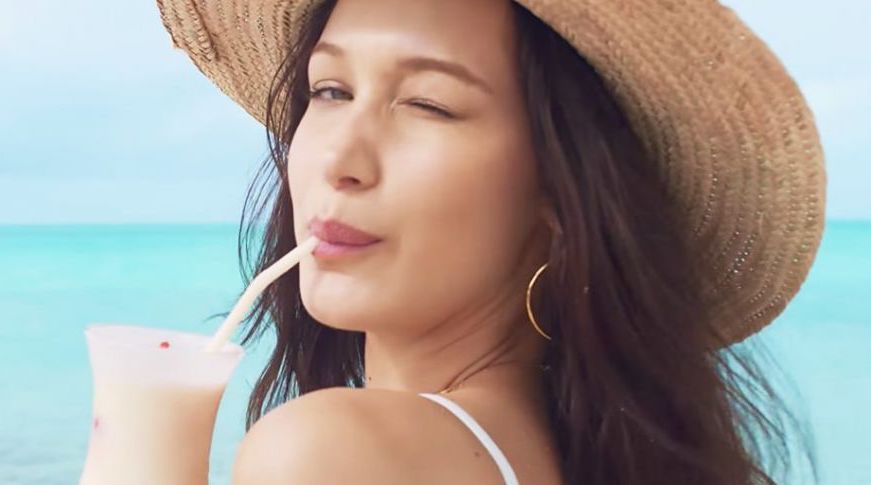 Bella Hadid in the promotional video for Fyre Festival

I have to admit something, and that is: while I was watching Fyre, a documentary about a hubristic white man trying to organise a mega-festival with little more than some self-confidence and a lot of other people’s money, the intrusive thought that kept occurring to me was: I could do this. I could do a better job of this. It’s easy, right! Don’t get a guy who taught himself how to fly on Flight Simulator to head up your operations! Don’t get a neurotic shouting man to plan the whole thing while seemingly reading every comment on Instagram at the same time! Maybe get more accommodation in! Pay import taxes instead of suckin’ dick! How hard can it be!

Maybe I’m what’s wrong with the world; maybe my energy is the energy that is crashing this soil-ball into the sun. Despite watching men fail relentlessly for an hour-and-a-half, a not insignificant part of me suspected I could do it better, despite absolutely zero evidence. That’s the real problem with Fyre – the fact that, because of people like Billy McFarland, and me, this will happen again some day — JG

It Is Potentially Unwise to Spend Thousand of Dollars on Loading Up a Plastic Wristband with Cash, Particularly When Someone with a Phone Manner You Yourself Would Describe as ‘Aggressive’ Has Encouraged You to Do So