In 1942, the government of Canada released its Official Food Rules to ensure that Canadians ate well in an era of wartime rations, malnutrition, economic instability, and limited supplies. It called for the consumption of “health-protective foods” like liver, heart, and kidney once a week and more than a pint of milk per day for children. These highs-stakes, high-calorie “Food Rules” would eventually morph into Canada’s iconic Food Guide, the rainbow of yellow, green, blue, and red plastered on the hallways of our youth.

Seventy-seven years later, Canada’s food rules have been overhauled once again, complete with a Periscope livestream to make the announcement. Speaking from Montreal, Health Minister Ginette Petitpas Taylor made a hip reference to Anthony Bourdain’s idiom that, “Food is everything we are,” adding that the central idea behind the new Food Guide was that “Eating should be a pleasure.” OK, we’re listening.

So, what are the big changes made to Canada’s Food Guide? The most obvious one is the shift away from food groups—the cornerstone of the Food Guide since 1942—and toward how and when we eat. 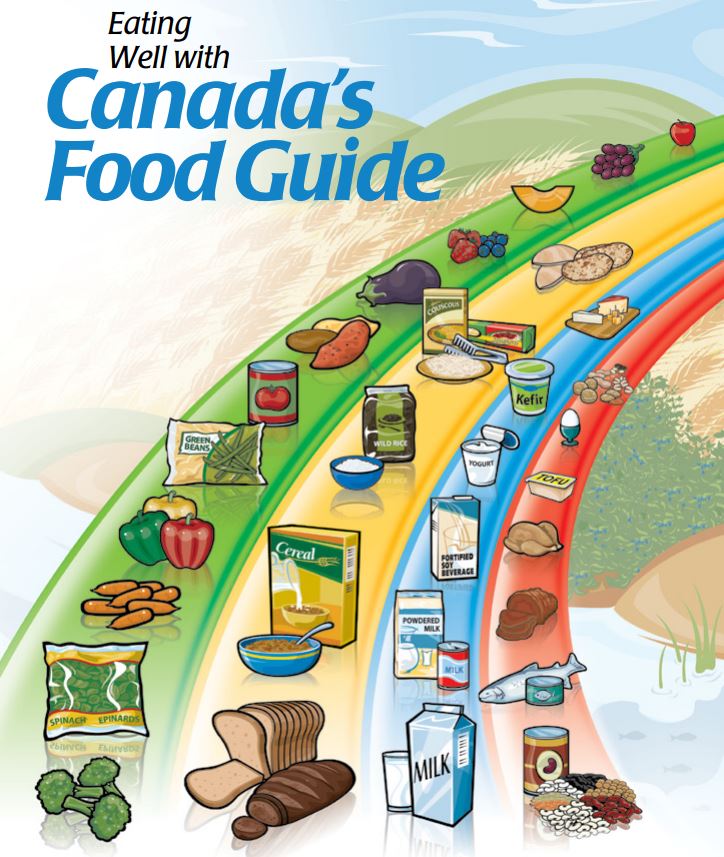 In a press release, Canadian Medical Association (CMA) President Dr. Gigi Osler said that the CMA was “pleased with the federal government’s overall direction in the new Food Guide” and “particularly supportive of the evidence-based review and extensive consultation process used to draft the new Guide, to ensure it was founded on unbiased research.”

But not everyone was happy with Health Canada’s new recommendations to “plan a breakfast date with friends” and “5 ways to add flavour to your water.” Like meat products, milk products are no longer a category of their own and the Food Guide calls for lower fat products. Dairy Farmers of Canada, Canada’s might milk lobby, took issue with this downgrade, voicing concerns “that the updated Food Guide does not reflect the most recent and mounting scientific evidence available,” according to a statement issued by their Director of Nutrition and Research Isabelle Neiderer, who added that, “Current and emerging scientific evidence does not support a continued focus on lower fat milk products as it reveals that milk products that contain more fat are not associated with harmful health effects and could even provide benefits.”

To accompany all of these changes, Health Canada even came up with some recipes like moose stew and “Marvellous muffins and we can’t wait for the inevitable candid photo of Justin Trudeau making “Creamy dreamy hummus.”