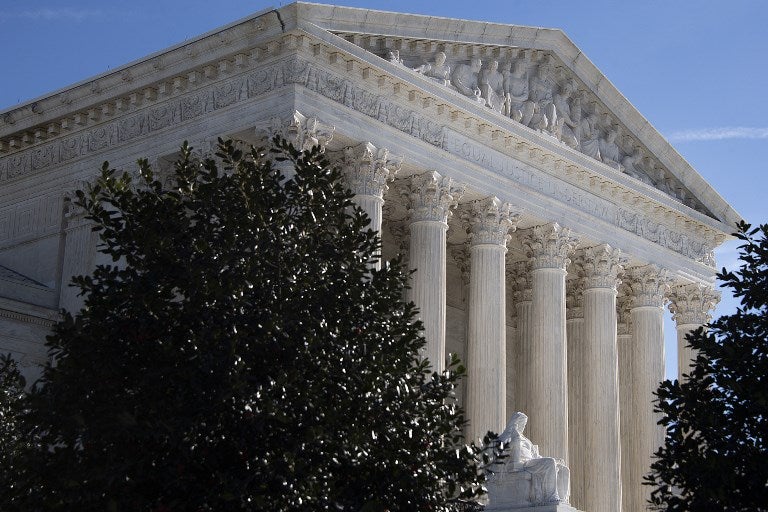 WASHINGTON, United States — The US Supreme Court on Tuesday allowed President Donald Trump’s ban on transgender military service to take effect pending the outcome of litigation on the sensitive issue.

The White House had asked the Supreme Court to intervene after lower courts prohibited Trump’s administration from implementing the controversial restrictions.

The Trump administration has said there is “too  great a risk to military effectiveness and lethality” to allow transgender people to serve openly — a policy enacted under Trump’s predecessor Barack Obama.

The court decided by a narrow 5-4 majority to allow the restrictions as litigation moves forward in lower courts — a ruling praised by the Pentagon.

“The Department is pleased with the orders issued by the Supreme Court today.  We will continue to work with the Department of Justice regarding next steps in the pending lawsuits,” it said in a statement, adding that “we treat all transgender persons with respect and dignity.”

Under the Obama-era policy, transgender recruits were to start being accepted by July 1, 2017. The Trump administration postponed that date to January 1, 2018, before deciding to reverse the policy entirely.

But the ban on transgender people in the military was repeatedly challenged in court, leading to an updated policy that also contained major restrictions.

It barred military service by people who had undergone gender reassignment surgery as well as people who have been diagnosed with gender dysphoria — unless they could demonstrate an absence of the condition for 36 consecutive months.

The updated policy — which the Pentagon insisted Tuesday “is NOT a ban on service by transgender persons,” despite having previously acknowledged that it may exclude “many” of them — was also suspended because of its similarity to the original measure.

The government appealed and asked the Supreme Court to hear the case, requesting that it suspend the rulings of the lower courts.

Otherwise, “the nationwide injunction would … remain in place for at least another year and likely well into 2020 — a period too long for the military to be forced to maintain a policy that it has determined, in its professional judgment, to be contrary to the nation’s interests,” the Trump administration argued.

The number of transgender troops among America’s approximately 1.3 million active duty service members is fairly small, with estimates topping out at 15,000. Their fate is currently unclear.

Democrats were quick to condemn the Supreme Court ruling and the underlying Trump administration policy it permits.

“Prejudice is not patriotism. Discrimination is not a national security strategy. This ban is nothing more than bigotry codified into law and an insult to all who have worn our nation’s uniform,” Democratic National Committee chairman Tom Perez said in a statement.

Democratic Senator Diane Feinstein said it effectively marks a return to the policy under which openly gay people were barred from military service.

“The ban would essentially restore ‘Don’t Ask, Don’t Tell’ for transgender service members, only allowing them to serve if they hide their true identity,” Feinstein said.

And Democratic Representative Adam Smith, the chairman of the House Armed Services Committee, said that “anyone who is qualified and willing should be allowed to serve their country openly.”

“We have fought against this bigoted policy at every step, and we will continue to do so,” he said. /cbb